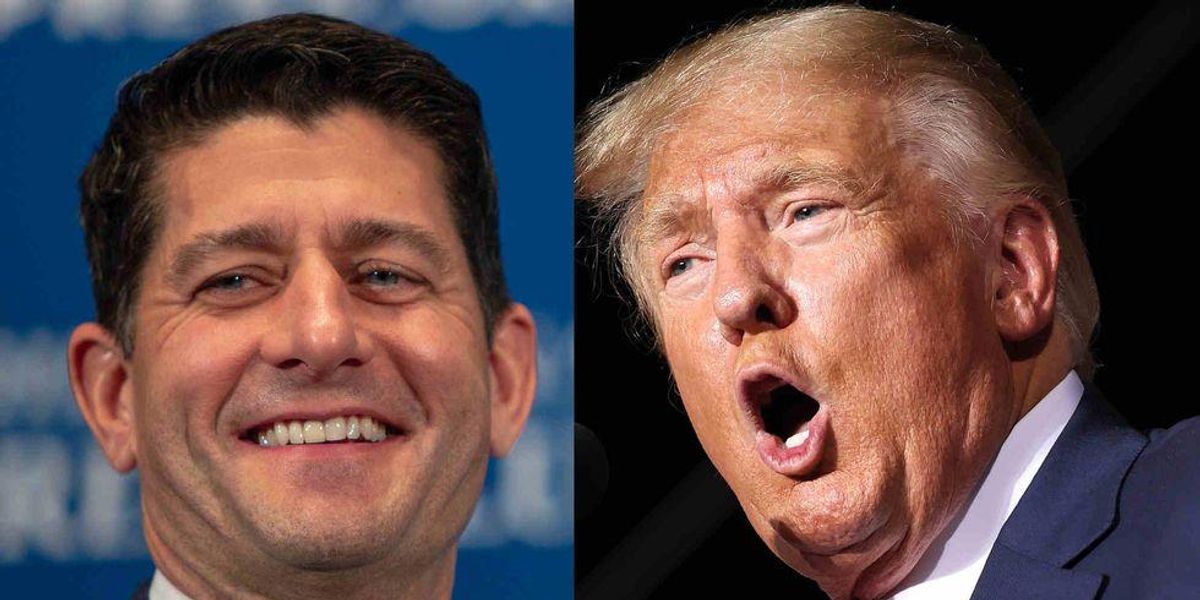 Former House Speaker Paul Ryan said that Republicans would not nominate former President Donald Trump again because they would lose the 2024 election if they did.

Ryan made the comments while a guest on Fox Business with Stuart Varney Tuesday.

“Is Donald Trump electable in 2024? Bearing in mind that you have a history with Mr. Trump,” asked Varney.

“Yeah, bear in mind, everybody knows our feelings towards each other,” Ryan laughed.

“That new swing voter in American politics is the suburban voter,” Ryan continued, “and it’s really clear the suburban voter doesn’t like Trump, but they like Republicans. So I think anybody not named Trump, I think is so much more likely to win the White House for us.”

He went on to point out that the Republican Party lost Congress and the White House after Trump was elected.

“Why would we want to risk giving the nomination to somebody we know — we haven’t lost, my party hasn’t lost this much, this fast, than we have with Trump. We lost the House, the Senate, and the White House in the span of two years,” said Ryan.

“I don’t want to repeat that, I want to win,” he concluded.

Ryan also said that he expected Republicans would win between 20 and 30 seats in the U.S. House of Representatives and retake control but that he was unsure about the Senate.

He did not say whether he had a preference among the possible 2024 presidential nominees, but he said he was impressed with all of them, including Florida Gov. Ron DeSantis, Virginia Gov. Glenn Youngkin, former U.N. ambassador Nikki Haley, and former Secretary of State Mike Pompeo.

Here’s the video of Ryan’s comments: