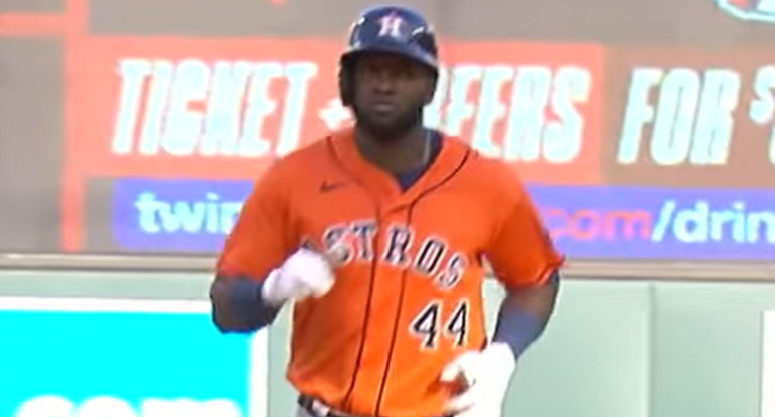 The World Series between the Houston Astros and the Philadelphia Phillies begins Friday, and it is shaping out to be a thrilling battle for baseball’s most prestigious trophy. The Astros were the top seed in the American League and have yet to lose a game this postseason, and the Phillies won less than 90 games in the regular season and yet have gone on a postseason run for the ages full of upsets and thrilling finishes. However, the Associated Press (AP) is predictably choosing to focus on a subplot of the series that, unless you’re obsessed with race, isn’t worth mentioning.

The AP noted that there are no U.S.-born Black players on either team’s roster for the Fall Classic for the first time since 1950. Somehow, the AP thought the fact worthy of a 1,000-word article.

“That is eye opening,” Bob Kendrick, president of the Negro Leagues Baseball Museum in Kansas City, Missouri, said. “It is somewhat startling that two cities that have high African American populations, there’s not a single Black player.”

What’s really eye-opening is how blind Kendrick must be when assessing the demographic makeup of these two squads.

Both rosters boast plenty of diversity for those who think that the amount of melatonin players have makes a roster better, or that where the players were born makes a difference in how entertaining a baseball game can be.

15 players on the 26-man ALCS roster for the Astros were born in foreign countries, many of whom are black (see designated hitter Yordan Alvarez and shortstop Jeremy Peña). Good news for race-obsessed people: the Houston roster for the postseason finale is expected to be largely the same. Oh, and Houston Manager Dusty Baker — one of the most respected men in baseball — is black.

The Phillies aren’t as diverse as the Astros, but Philadelphia’s NLCS roster still has six players who are foreign-bon and/or are black, and like Houston, that roster is largely expected to be the same for the World Series.

So Kendrick, the AP, or anyone else that views the World Series rosters like they do, are either willfully ignorant, or saying that guys like Alvarez, Peña, or Phillies second baseman Jean Segura don’t count as black people because they weren’t born in America (which is a racist thing to say). But who cares about the facts when you’re trying to prove a point, right?

The AP could have focused on so many other things when writing their preview for the series because there are so many other storylines that make it interesting: whether or not the Astros can win a title without their elaborate sign-stealing scandal at their disposal, whether or not Phillies superstar Bryce Harper can propel his team to success on the big stage, or if the Phillies pitching can contain a lethal Astros lineup.

But as always, race must take center stage in the eyes of the progressive media, even if they make themselves look foolish in the process.