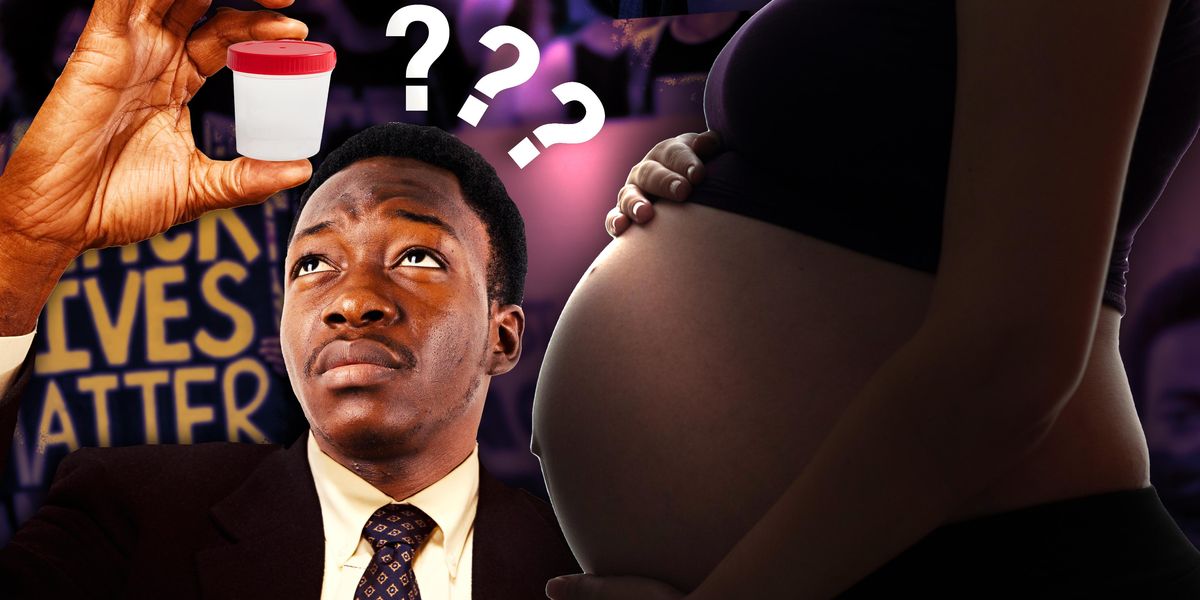 A recent article from the Washington Post took readers into the lives of several black women hoping to become mothers. But this was not a feel-good story about newlyweds preparing for their bundles of joy while managing the challenges of starting a life together. This story was about the shortage of black male sperm donors across the country and the intense competition among black women for thier limited supply. Some women went as far as to use apps that allowed them to bypass the health and safety regulations of cryobanks.

The picture this story paints is the final piece in the Black Lives Matter master plan for black men. The organization’s “Black Families” and “Black Villages” principles did not use the words “man,” “father,” or “husband” a single time. In BLM’s utopia, black men are donors, not husbands and dads. When your “racial justice” movement is created by lesbians who want to disrupt the nuclear family, men are valued for their sperm and little else.

The Washington Post captured this sentiment perfectly while describing one woman who broke up with her girlfriend prior to giving birth to her daughter.

“She wants Zurie to have a sibling and hopes to purchase more vials from the same donor. ‘There’s so many good African American men out there,’ Brooks said. ‘Maybe they just don’t know how much they’re needed to create families.’”

This phenomenon should not surprise anyone. The radical feminists who use the term “black bodies” ad nauseum are honest about their worldview. To them, black men are most valuable for three things: votes that help the left obtain political power, corpses that generate economic benefits for black women, and their seed to create life.

What was so frustrating about the Washington Post profile is how casually it wrote black men out of their families. These men barely even sounded human, similar to how women are devalued when gay couples seek out eggs and a womb to create designer babies to satisfy their desire for children. One woman, described as a “single lesbian,” subscribed to a donor app called “Just a Baby” and was matched with a married father of four near her home. What follows next is the dystopian future of American family life on full display.

“A couple of months later, the two met at a restaurant, went to a hotel and used a DIY at-home insemination kit. After the first attempt didn’t work, they used the insemination kit and had sex the next month to increase the chance of pregnancy.”

In two sentences we see family dysfunction on two levels – infidelity and intentional fatherlessness – that will likely have ramifications for future generations.

This is the natural result of prioritizing adult desires above the needs of children. No person has a right to a child he or she cannot produce naturally. If such a right existed, someone would be obligated to provide the child or genetic material to make the child. But children do have a basic right – the love, support, affection, and attention of the two people who created them. Fathers and mothers have an obligation to their children, and their duties are best carried out when they are involved in a loving, monogamous marriage.

Everyone acknowledges that life often fails to reflect this ideal and that intact families do not guarantee desirable social outcomes. The same holds true for anything that has been designed. Regular maintenance on your car doesn’t guarantee it never breaks down, but using cooking oil instead of motor oil will cause additional problems on top of the ones every driver already has to face.

If human beings are simply stardust – the result of cosmic activity billions of years ago – then the Washington Post profile is simply another point on the long arc of evolutionary development.

But if we are created beings, made by a designer and shaped with purpose, then this story is a signal of trouble on the horizon. We have gone so far to undermine God’s design for the family that we have convinced ourselves that there is only one thing that should restrain human desires: possibility.

“If it can be done, then it should” is the governing principle for our culture, but we cannot get around God’s design for human sexuality and procreation. The women who said, “I don’t need a man,” whether due to sexual preference or career aspirations, are realizing that the denial of biology has a built-in shelf life. The laws of nature are not social constructs.

In a world where human desire can quickly morph into idolatry, children become ornaments whose primary purpose is the comfort, security, affirmation, and self-actualization of adults. This explains why teachers use their classrooms to reveal their new gender identities as well as why men are taking pictures in hospital beds after babies are born.

There is nothing that will make you more selfless than having a child, and the first act of self-sacrifice involves the adults who created the child. Societies increase opportunities for human flourishing when they align with God’s design for family, but they increase the odds of human suffering when they don’t.

The author of the Washington Post story thought she was writing a sympathetic profile about the challenges facing black women, but in reality, the real victims in this story are the children being created with no regard for their need for paternal love.

I hope the paper allows black men to issue a response. I think it should be entitled “I Am More Than a Sperm Donor.”

Woke Pastor Says “Spirit of God Will Arrest(?)” People To Vote For Democrat Sen. Raphael Warnock
A Wiener Without a Clue
Elon Musk threatens to release Twitterâ€™s emails related to the suppression of the Hunter Biden laptop story
Actor Brad William Henke dies in his sleep at age 56
Ukraine Insists the War Won’t End Until They Retake Crimea