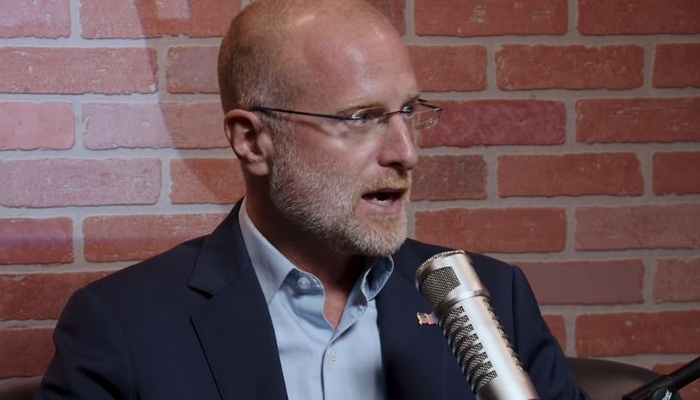 During an interview with The Heritage Foundation President Kevin Roberts, Carr noted that censorship affects everyone, not just people whom Big Tech censored.

“The problem with censorship is that censors are either sort of biased or fallible but the harm befalls all of us,” he said. “[T]he way we as a country historically solved problems was by having open, robust live debates and we’ve moved away from that, and I don’t think that’s a good thing.”

The FCC commissioner identified that the justifications for censorship often has cultural roots.

“That’s a cultural challenge in this country, to get back to this embrace of diversity of views, because it’s how we solve difficult problems,” he said.

Carr gave COVID-19 as an example:

“We should have a robust, open debate about, for instance, mask efficacy,” Carr said. “Do cloth masks work or don’t they? The origins of COVID, the effectiveness of vaccines in terms of transmitting or not…. These are core public health, public policy issues that, for much of the place that these debates take place, the internet, you weren’t even allowed to have them.”

“Right now, all those content moderation decisions are being made by the people in Silicon Valley, so I think we need user empowerment,” he said. “The speech should be allowed to exist and if someone wants to see it, they can.”

Conservatives are under attack. Contact Google at 650-253-0000 and demand it mirror the First Amendment while providing transparency, clarity on hate speech and equal footing for conservatives. If you have been censored, contact us using CensorTrack’s contact form, and help us hold Big Tech accountable.