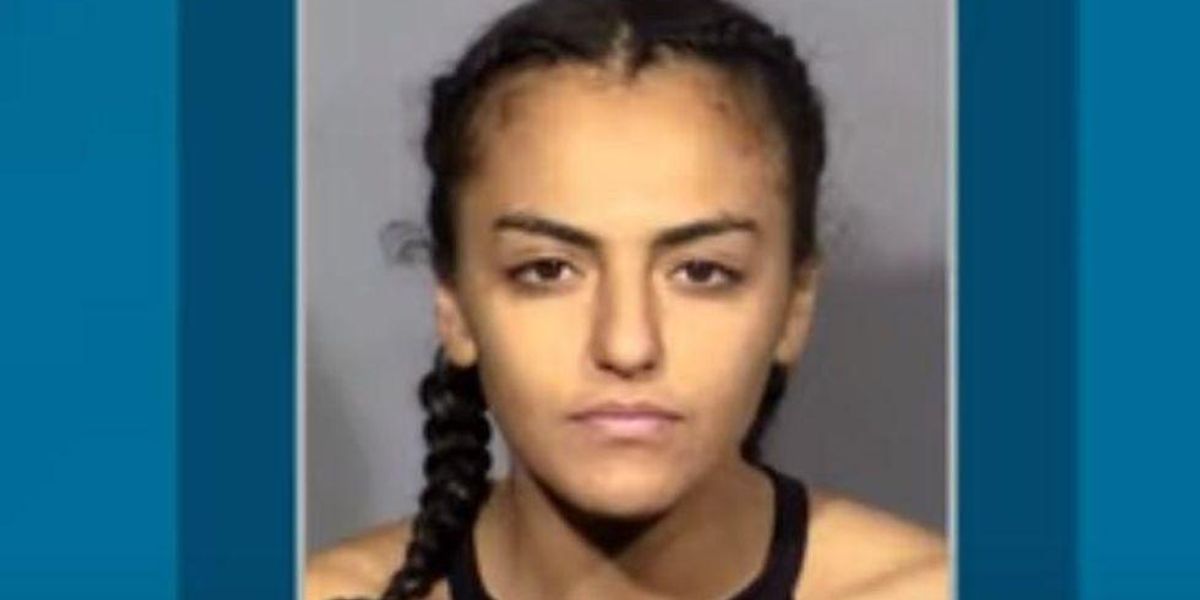 A woman who had recently accused cops of arresting her and wanting to rape her because they had never seen anyone as “pretty” as she is has now been arrested for a much more serious crime: the murder of her mother.

Back in late August, Hend Bustami, 28, was arrested at Harry Reid Airport in Las Vegas after she had been accused of dining and dashing at the airport Chili’s and then obstructing security protocols by falling asleep near a security checkpoint. She also reportedly had a warrant out for her arrest on an unrelated charge.

At the time, Bustami, who was allegedly drunk and “belligerent,” called the arresting officers “perverts” who wanted “to rape her because they never seen anyone as good-looking” or “as pretty as her.” She was arrested for misconduct and then booked in the Clark County Detention Center.

At 5 a.m. last Wednesday morning, Bustami was arrested again, this time under suspicion that she had killed her mother.

About two-and-a-half hours earlier, first responders received a call from the Las Vegas home that Bustami shared with her 62-year-old mother. According to Lt. Dave Valenta of the Las Vegas Metropolitan Police Department, the unidentified “frantic female” caller — believed to have been Bustami — told 911 dispatchers that her mother was dead. The line was then disconnected. It was at least the twelfth time police had been called to the house this year.

When police arrived at the home, they discovered Bustami’s mother on the floor with “multiple deep lacerations.” She was pronounced dead at the scene. Her name has not yet been released.

Bustami was arrested in Barstow, California, about 160 miles west of Las Vegas. She is expected to be extradited back to Nevada and charged with open murder, which in Nevada means that prosecutors have not yet determined the degree of murder the case warrants.

According to neighbors, Bustami and her mother argued often. Police believe that the two had argued at some point late Tuesday night or early Wednesday morning and that the argument eventually escalated into violence. Aside from possible tensions between the two women, the motive for the crime remains under investigation.

Bustami was scheduled to appear in court on Thursday on charges related to the airport incident.

Musk: Brain implants ‘ready for humans’ — confident Neuralink could help the blind to see and the lame to walk
Serial Killer in Idaho? Animal Mutilations and Unsolved Stabbings Spark Fear
The RNC Chair Election Will Tell Us How Serious the GOP Is About Winning Again
Joe Biden as He Honors U2 at White House Reception: “150 Albums Sold! Among the Most Ever!” (VIDEO)
Nets Hype ‘Historic’ Hakeem Jeffries Elected House Democrat Leader