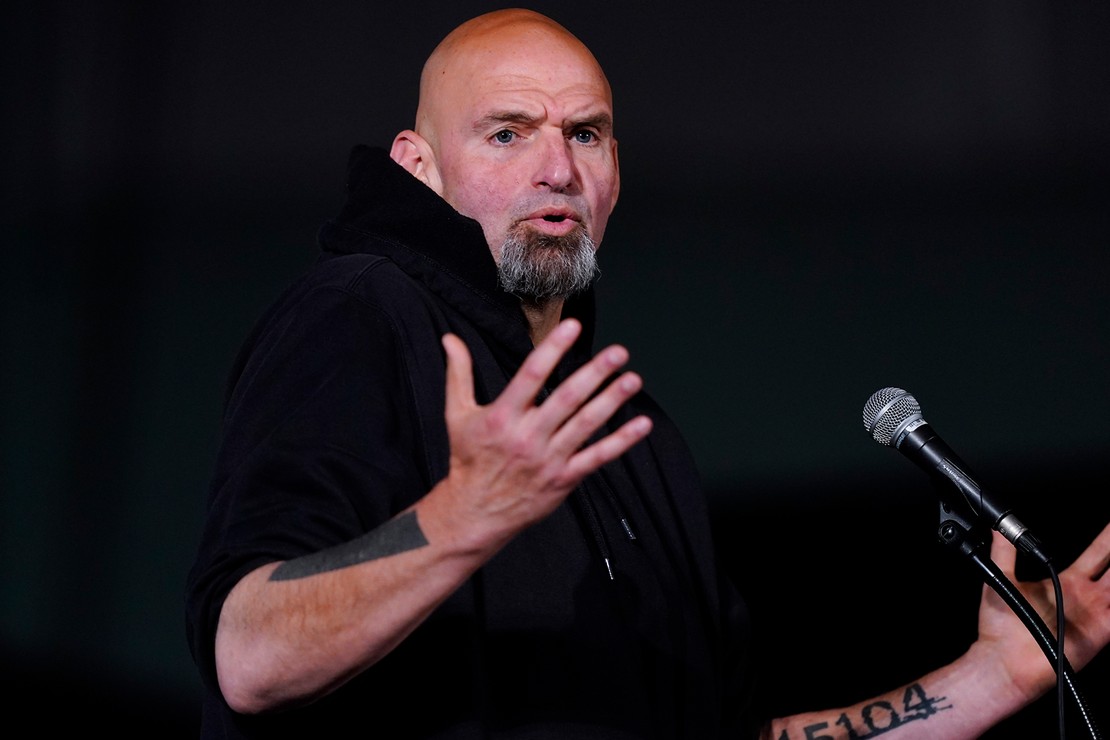 If you were already sick of Democrats haphazardly calling everyone who disagrees with their agenda racist, take a seat because “ableist” is the new “racist” in 2022. At least in Pennsylvania.

“He obviously was bullying him and, you know, I don’t think the people of Pennsylvania or the people in general like that because Fetterman raised $1 million after that debate,” she claimed. “And I think it takes real courage to show that you have been knocked down,” Hostin added, practically quoting Fetterman’s talking point verbatim.

Related: John Fetterman Is Not Brave — Here’s Why

According to ABC News and the New York Times, disability advocacy groups are also crying foul because Fetterman’s stroke has been used to question his fitness for the office he’s seeking.

“Disabled activists say persistent, ongoing jabs about Fetterman’s condition despite his perseverance on the campaign trail highlight the ways in which ableism turns a condition someone is experiencing into a weapon to be used against them to make assumptions about their abilities,” the ABC News report claims.

Reports like this give me déjà vu. Remember the Obama years, when anyone who didn’t support him was a racist? John Fetterman can’t play the race card, but now that polls have tightened, voters are being pounded with the message that if you don’t support Fetterman because you’re concerned about his ability to serve, you’re “ableist.”

That Fetterman has refused to release his medical records to prove his fitness for office, only releasing a dubious note from his doctor, who also happens to be a big-time Democrat donor — a detail the ABC News report conveniently ignores.

Fetterman’s disastrous debate performance was Fetterman’s moment to prove he was fit for office, and he failed. It was arguably disqualifying. And frankly, the defense he’s getting from the left is hypocritical.

As John Podhoretz noted in an article in the New York Post, then-Texas governor Rick Perry destroyed his presidential campaign eleven years ago during a primary debate after failing to recall one of the three government agencies he vowed to eliminate if he was elected president. This was a fundamental tenet of his campaign, and his failure to recall one of the agencies raised legitimate questions about Perry’s candidacy. As Podhoretz noted, “Debates provide an opportunity for voters to see their representatives in action, forced to think quickly on their feet and respond to unexpected questions,” and Perry failed the test.

At the time, I was leaning towards supporting Perry in the primary, and that one moment ended any chance of supporting him going forward. John Fetterman’s debate performance was far worse than Perry’s gaffe. Because of Perry’s one brain fart, he was widely mocked in the media. Was it deserved? Sure it was. Even to me, it was disqualifying — and it wasn’t nearly as bad as Fetterman’s issues.

Similarly, President George W. Bush was routinely mocked for his verbal gaffes, and the media regularly questioned his intelligence. Donald Trump also was targeted with hit pieces throughout his presidency (and even since), questioning his mental fitness and speculating about invoking the 25th Amendment to remove him…

But, while the media couldn’t stop mocking Bush, Perry, or Trump, they’ve rushed to defend the likes of Joe Biden and John Fetterman over legitimate questions about their mental fitness, trying to deflect those legitimate concerns with accusations of “ableism.” But I suppose that’s hardly surprising.