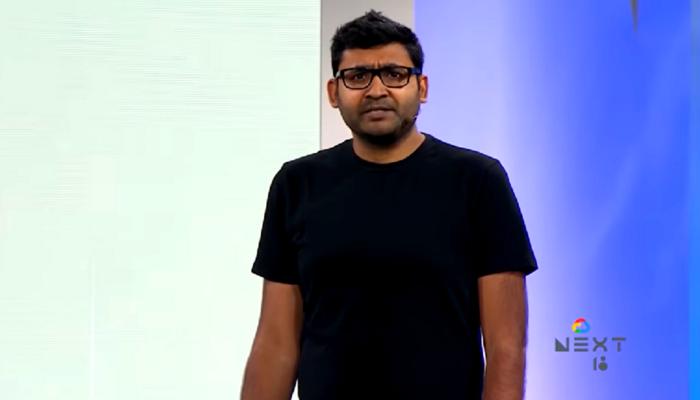 Twitter CEO Parag Agrawal is reportedly out as head of the platform as the world’s richest man completed his $44 billion acquisition after a tumultuous negotiations process. CNBC reported that Agrawal and Twitter Chief Finance Officer Ned Segal “left the company’s San Francisco headquarters” after Musk took charge as the new owner “and will not be returning.” Musk shared his statement to Twitter’s advertisers that his free speech vision is for the platform to become a “common digital town square” which stands in stark contrast to Agrawal’s dystopian, anti-free speech nightmare. Agrawal stated in November 2020 that the company’s role was “not to be bound by the First Amendment” but to decide “who can be heard.”

Musk posted a video of himself Oct. 26 walking into Twitter headquarters holding a sink with the caption: “[L]et that sink in!” One thing’s for sure: Agrawal’s censorship-obsessed career at Twitter has been officially flushed down the drain. Musk said in his statement to Twitter advertisers that he didn’t buy Twitter “because it would be easy” or because it was a money-maker. “I did it to try to help humanity, whom I love. And I do so with humility, recognizing that failure in pursuing this goal, despite our best efforts, is a very real possibility.”

Musk slammed the platform on March 26 for its censorship-heavy environment: “Given that Twitter serves as the de facto public town square, failing to adhere to free speech principles fundamentally undermines democracy.”

What should be done? https://t.co/aPS9ycji37

Look out Twitter: there’s a new sheriff in town.

Conservatives are under attack. Contact Twitter at 415-222-9670 and demand that Big Tech be held to account to mirror the First Amendment. If you have been censored, contact us at the Media Research Center contact form, and help us hold Big Tech accountable.

Canada Looks to Expand Assisted Suicide Law to Allow the Most Vulnerable to Choose Death
Elon Musk may reveal what happened behind the scenes of Twitter’s pre-election censorship of the Hunter Biden laptop story
Pennsylvania teenager accused of killing young girl, asking for help disposing of the body on Instagram
Biden calls for ‘stricter gun laws’ before GOP takes House: ‘The idea we still allow semiautomatic weapons to be purchased is sick’
WAYNE ROOT: The Annual Root Turkey Awards Winners of 2022…and the Perfect GOP Ticket for 2024