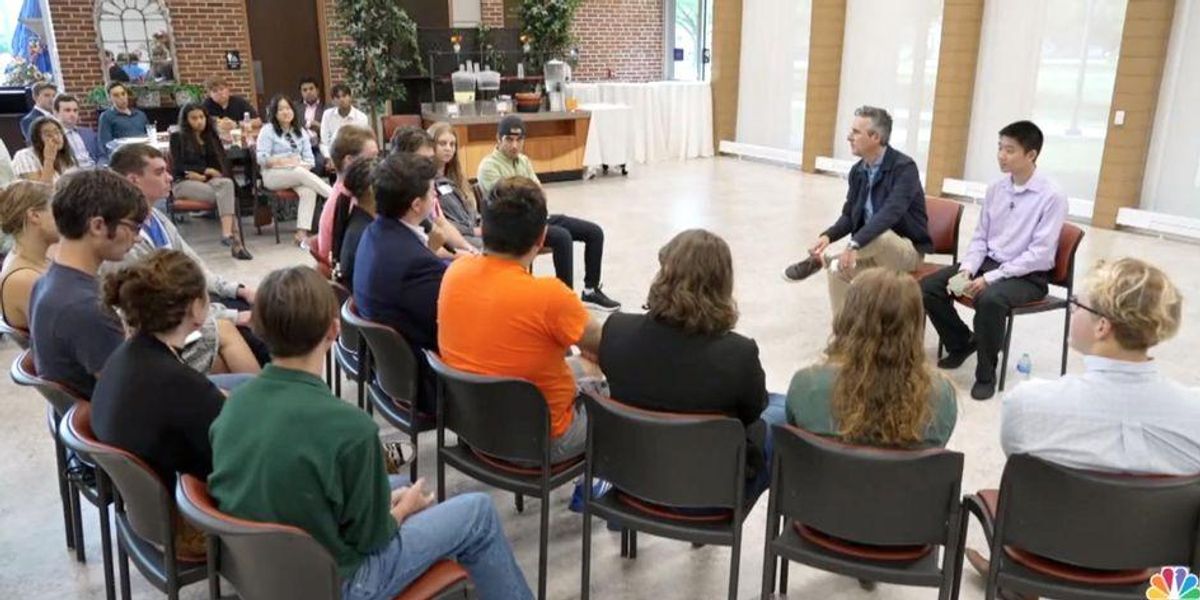 A pollster highlighted on MSNBC was shocked to find out that many in the Gen-Z demographic were hostile to feminism and identified it as an extreme political position.

John Della Volpe, director of polling for the Institute of Politics at Harvard’s Kennedy School, said that the anti-feminist movement was gaining traction with members of Gen-Z.

“I think there’s a certain stigma that goes along with being a feminist, at least in my mind,” said Kate Manchester, a student at Gettysburg College. “Almost an extremist view, a lot of labels are viewed as something that’s very extremist.”

They also said that the #MeToo movement seemed like something that happened a long time ago and is no longer relevant to them.

Della Volpe went on to say that many Gen-Z males are being recruited into what he would consider misogynistic viewpoints about females.

“There are plenty of people, who prey, I think, on these specifically young men trying to lure them in to a community where they feel better, where they can feel some strength,” Della Volpe said.

“It turns into a community which has very different view, I think, of what’s right and what’s wrong. They talk very openly about their views of women, and the rules around rape. It’s OK to rape women of a particular race,” he claimed.

Della Volpe went on to say that his polling research indicated that people in the Gen-Z demographic are very motivated to vote in the midterm election and that he expects a Gen-Z wave of votes. He believes that should help Democrats as Gen-Z people identify politically far more with the left than they do with the right.

Gen-Z is defined loosely as the generation born between the years of 1997 and 2012, aged between 10 years old and 25 years old.

Here’s the video of from MSNBC:

u201cMTP REPORTS: In the past five years, an anti-feminist movement has gained traction among Gen Z men. nnJohn Della Volpe, director of polling at Harvardu2019s Institute of Politics: u201cThey talk very openly about their views of women, and where the rules around rape.u201du201d

Cardiologist Dr. Thomas Binder forced into Swiss psychiatric hospital for publicly warning against covid lockdowns
Senator John Kennedy Criticizes Biden’s Energy Policy As Only He Can (VIDEO)
Elon Musk releases a trove of emails detailing the internal debate at Twitter over censorship of the Hunter Biden laptop story
House Dems Will Never Compromise, so They’re Calling on the GOP Majority To
Robbery suspect won’t face murder charges in shooting of gas station clerk since suspect allegedly returned fire at clerk — which can be considered self-defense