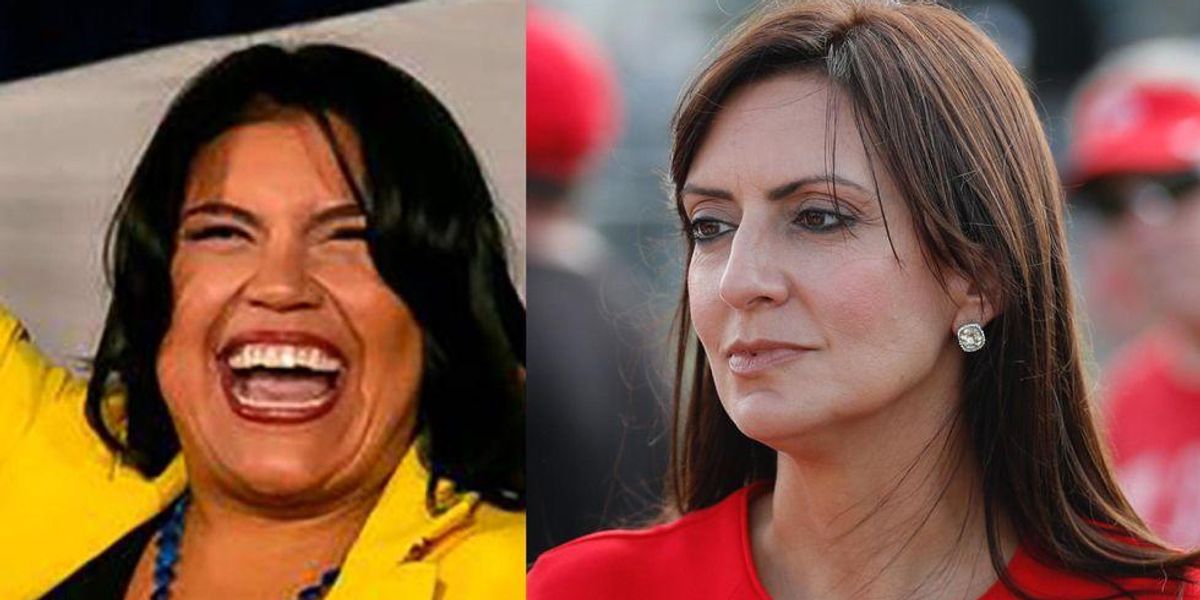 The Democratic running mate on Charlie Crist’s gubernatorial campaign opined that her Republican opponent should have her heritage stripped from her identity because she isn’t sufficiently left-wing in her political views.

Karla Hernandez-Mats made the incendiary comments during an interview with Politico on Thursday.

“I’ll tell you this – I know technically she’s considered a Latina but I think that her Latina card should be revoked,” she said of Republican Lt. Gov. Jeanette Núñez.

Hernandez-Mats went on to excoriate Núñez for her comments about DeSantis bussing illegal immigrants to the home state of President Joe Biden.

“The moment that she said and she was ok as a Cuban-American saying she was ok with putting Cubans on a bus and sending them to Delaware, which is where President Biden lives – by the way, the compassionate President that came over here and saved us – because he’s the one that provided us all the resources that we have right now,” Hernandez-Mats said.

She was referring to comments Núñez made in Spanish on a radio interview in August.

“The governor isn’t going to stand there with his arms crossed. He’s thinking what he’s going to do. He’s going to send them, frankly to the state of Delaware, the President’s state,” Núñez said, as translated from Spanish.

Hernandez-Mats went on to say she didn’t even consider Núñez to be Latina.

“She is completely out of touch with her community,” she added. “I like to think I am the only Latina running for this seat.”

Núñez responded with a video on Twitter of her Cuban parents at her inauguration waving American flags.

“These are my parents at our inauguration in 2019. As the daughter of Cuban exiles, I proudly carry their legacy and no one can take that away from me,” she tweeted.

u201cThese are my parents at our inauguration in 2019. As the daughter of Cuban exiles, I proudly carry their legacy and no one can take that away from me. nnHispanic by heritage, American by the grace of God.u201d

“Hispanic by heritage, American by the grace of God,” she added.

“Only a totalitarian would claim that your heritage, identity, and genetics are akin to a ‘Latina card’ that can be ‘taken away’ due to political views,” responded the DeSantis rapid response team.

The Crist campaign was embarrassed by a similar accusation it made that DeSantis supporters had chanted “refried beans” at the Hispanic candidate as a racial insult. The originator of that claim later admitted that they were chanting “keep Florida free,” the motto of the DeSantis campaign.