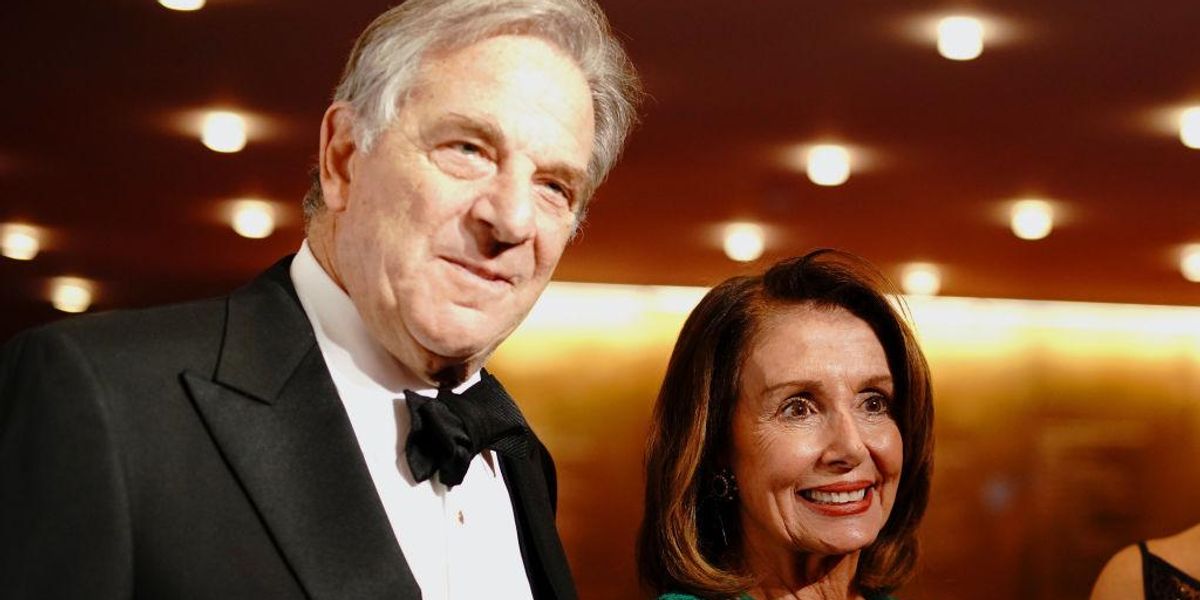 Paul Pelosi – the husband of House Speaker Nancy Pelosi – was reportedly attacked by a man with a hammer at the couple’s home in San Francisco. Update provides new details about the bizarre home invasion and attack have surfaced.

Early Friday morning, David DePape reportedly was able to break into the home of Nancy Pelosi – the third person in line for the presidency.

However, aerial footage above the alleged crime scene shows shattered glass near the handle of a swinging door. The video shows two swinging doors open at the home in the exclusive Pacific Heights neighborhood.

u201c#BREAKING UPDATE: Aerial footage shows a broken window or glass door at Nancy Pelosi’s San Francisco home, where her husband was attacked with a hammer by an intruder. https://t.co/TfIDXXExzUu201d

The alleged intruder confronted Paul Pelosi and is said to have asked, “Where is Nancy?”

House Speaker Pelosi was not in San Francisco at the time of the break-in, she was in Washington, D.C.

CNN reported, “The man who assaulted Paul Pelosi tried to tie him up ‘until Nancy got home,’ according to two sources familiar with the situation.”

Politico reported, “Paul Pelosi was able to dial 911 himself after telling the intruder he had to go use the bathroom and then calling from there, where his phone had been charging, according to a person familiar with the situation.”

The Independent reported, “The operator heard Mr. Pelosi asking: ‘What’s going on? Why are you here? What are you doing to me?'”

However, the police dispatcher reportedly informed police officers that the reporting person of the incident at the Pelosi residence told them, “There is a male in the home and that he is going to wait for his wife. However, he stated that he doesn’t know who the male is but that his name is ‘David ‘and that he is a friend.”

In the audio, the dispatcher noted that the reporting person – Paul Pelosi – “sounded somewhat confused.”

u201cPolice dispatch to Paul Pelosi home: nn”RP (reporting person) stated there’s a male in the home and that he’s going to wait for his wife. RP stated that he doesn’t know who the male is but he advised that his name is David and that he is a friend.u201dnu201d

Responding officers knocked on the front door of the house, and it was “opened by someone inside,” according to Scott.

Officers “observed Mr. Pelosi and Mr. Depape each with one hand on a single hammer.”

“The suspect pulled the hammer away from Mr. Pelosi and violently assaulted him with it,” Scott said. “Our officers immediately tackled the suspect, disarmed him, took him into custody, requested emergency backup and rendered medical aid.”

The 82-year-old Pelosi was taken to Zuckerberg San Francisco General Hospital, where he successfully underwent surgery to repair a skull fracture and “serious injuries to right arm and hands.”

DePape remained in the hospital as of Friday evening, according to Scott.

Who is David DePape?

DePape is reportedly a hemp jewelry maker and a former nudist from British Columbia, Canada.

The latest voting records from years ago show DePape as a Green Party supporter.

A website alleged to have been created by DePape questioned the 2020 election results, mentioned “global elite ruling class,” censorship, aliens, antigovernmental sentiments, and anti-Semitism. The website features videos from YouTuber Jimmy Dore – a progressive commentator and supporter of Bernie Sanders.

DePape does not mention Nancy Pelosi at all on his alleged website.

DePape, 42, lived in a school bus in Berkeley, according to the New York Post. The bus sits in the yard of the home of his ex-lover – San Francisco pro-nudist activist Gypsy Taub. The former couple allegedly share three children.

Authorities are still determining a motive for the attack.

Scott said on Friday, “This was not a random act. This was intentional.”

“It’s wrong. Our elected officials are here to do the business of their cities, their counties, their states and this nation,” he added. “Their families don’t sign up for this to be harmed and it is wrong.”

San Francisco District Attorney Brooke Jenkins tweeted Friday evening, “We are coordinating closely with federal and local law enforcement partners on this investigation. We will bring forward multiple felony charges on Monday and expect DePape to be arraigned on Tuesday. DePape will be held accountable for his heinous crimes.”

FLASHBACK: Giorgia Meloni Blasts France’s Exploitation of Poor, African Countries
‘Our city is in peril’: Portland business owner closes store — and posts scathing note on front door blasting criminals, authorities who fail to punish them
‘I am thankful for the freedom of self’: Women express gratitude for their abortions in piece posted on Thanksgiving
The CDC lied and children died: Now come the lawsuits
CNN analyst declares that freedom of speech is ‘nonsense,’ claims Elon Musk’s new Twitter empowers Vladimir Putin and is ‘destructive to American national security’