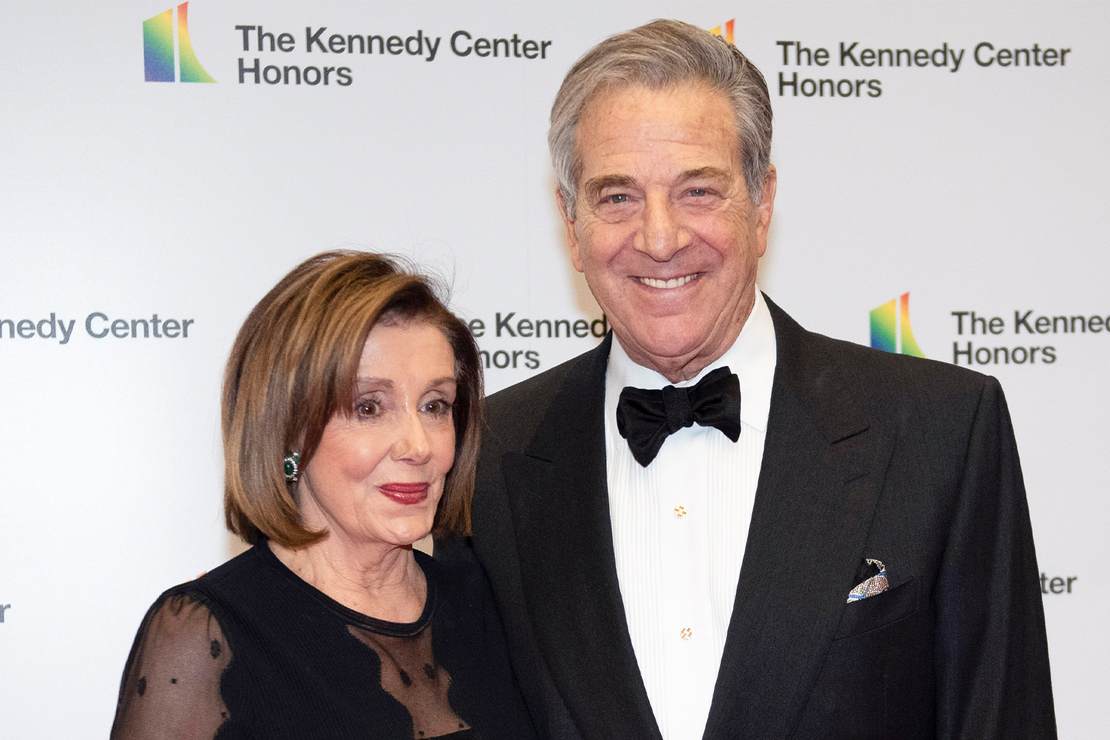 Remember when a Bernie Sanders supporter shot at Republicans practicing for the congressional baseball game back in 2017? That was a pretty straightforward case of political violence — even if the mainstream media buried the shooter’s political motivations.

But this Pelosi home invasion story is not so straightforward. In fact, as details emerge, it’s clear that there is something… a little off in the details.

Make no mistake about it, the mainstream media and the Democrats are trying desperately to pin the incident on Donald Trump and the Republican Party, whom they claim have normalized political violence.

Rep. Steve Scalise might have a few words to say on that issue. We’re supposed to forget that liberals nationwide cheered the congressional baseball shooting incident that nearly killed him. Sen. Rand Paul (R-Ky.) and the Rubio volunteer who was brutally beaten last week may have something to say too. Many on the left, including Nancy Pelosi’s daughter, condoned the assault on Rand Paul that left him with several broken ribs. “Rand Paul’s neighbor was right,” Christine Pelosi tweeted in March 2020.

You haven’t seen any Republicans praising the assault on Christine Pelosi’s father, though.

Still, as the media attempts to blame the GOP for what happened to Paul Pelosi, details have emerged that not only belie the notion he’s a right-winger but are also, frankly, just bizarre.

As PJM’s Rick Moran previously reported, David DePape, the man who assaulted Pelosi, appears to have been a supporter of Black Lives Matter and LGBTQ causes, as well as a nudist activist, and reportedly struggled with drug abuse. According to the San Francisco Chronicle, DePape was a member of the far-leftist Green Party but also has embraced conspiracy theories largely linked to conservatives, like Q-Anon, but his politics are likely irrelevant because, based on a wide array of reports, DePape is clearly mentally ill and not motivated by a coherent political ideology.

The evidence strongly suggests that the man was psychotic, not ideological.

He said “Jesus is the anti-christ” but also “he talks to angels and there will be a hard time coming” and he was “using Biblical justification to do harm.”

One detail that struck many as bizarre is the reports that DePape was wearing nothing but his underwear when police arrived on the scene — though KTVU, the local FOX affiliate in San Francisco, has retracted that claim. It’s not clear, however, given his nudist activism, whether that means he was wearing more or less clothing.

And then there’s an ambiguous line from a Politico report that indicated that officers arrived “were let inside by an unknown person.” It is not clear who the unknown person is, but it apparently was neither the suspect nor the victim.

The story gets weirder still, as reports that Mr. Pelosi allegedly was able to make an emergency call from the bathroom where his phone had been charging. According to audio of the police dispatch to the Pelosi home, the supposed emergency call had identified the suspect as a friend.

“He states there is a male in the home and that he is going to wait for his wife. He stated that he doesn’t know who the male is but that his name is David and that he is a friend. He sounded somewhat confused.”

“RP (reporting person) stated there’s a male in the home and that he’s going to wait for his wife. RP stated that he doesn’t know who the male is but he advised that his name is David and that he is a friend.”
pic.twitter.com/O0HeS0s0I5

It seems unlikely that DePape would be considered a “friend” of the Pelosis, considering he’s a homeless drug addict. Pelosi could have been trying to signal to the 911 operator that he was in trouble. However, some on social media have hypothesized that Paul and DePape’s argument is more personal in nature. It seems unlikely that there was no security at the home that would have triggered the moment of the break-in. As such, some believe the reason is that the pair knew each other already. There has been no confirmation of this theory, however.

Despite this, there appears to be a never-ending supply of weird details coming out regarding this story, which leads to a great deal of confusion. There is a good chance that many of these are not true; therefore, individuals on both sides ought to withhold judgment before coming to any conclusions. But the most sickening thing is the way the left is trying to exploit this to attack Republicans despite the fact that DePape was clearly mentally ill and does not appear at this time to have been motivated by any particular political doctrine.

Woman traveled 3,000 miles to meet online boyfriend, then is gruesomely murdered, decapitated, and has her organs harvested
Adam Schiff Is Really Angry About The Possibility Of Being Removed From The Intel Committee (VIDEO)
SHORTS: Babbling Kamala shares a turkey recipe, a trans man thinks you should bear their burden, and Elon makes an unexpected discovery at Twitter
Video: Coast Guard rescue of cruise passenger who fell overboard for up to 15 hours hailed as a ‘Thanksgiving miracle’
The Left Decides the Preferred Narrative Trumps Preferred Pronouns