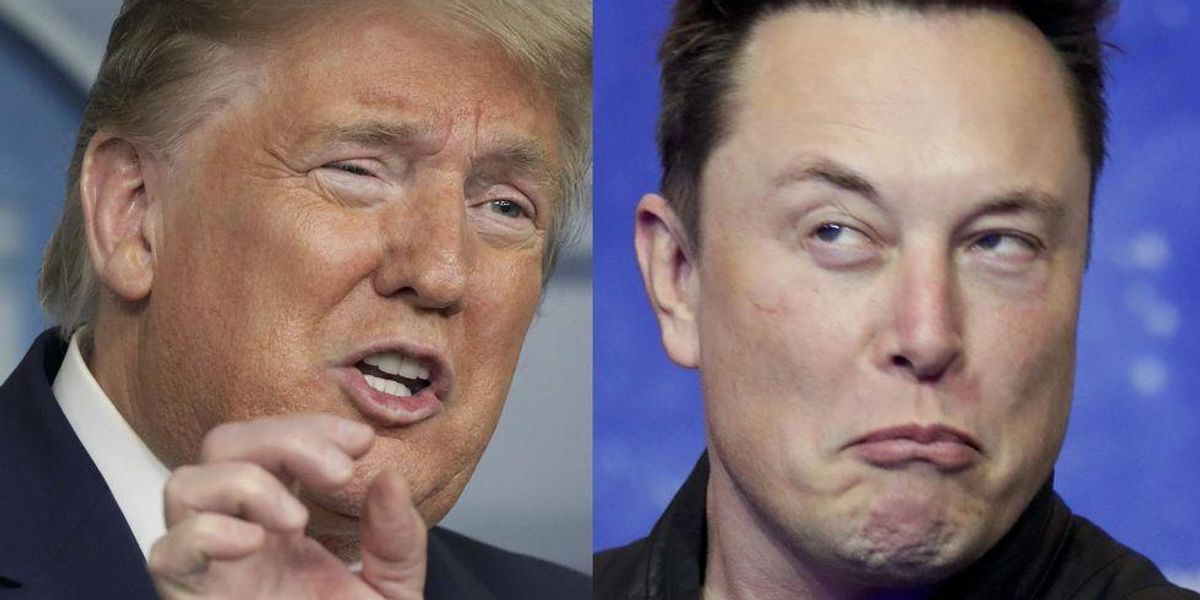 Former President Donald Trump responded to the acquisition of Twitter by billionaire entrepreneur Elon Musk by saying he would keep to his own social media platform.

The former president made the comments in an interview with Fox News Digital Friday.

“I like Elon and I wish him a lot of luck. I hope he does well with it,” said Trump.

He would not say if he would rejoin Twitter if he were allowed back on the platform. He was permanently suspended by Twitter over statements he made about the veracity of the election on Jan. 6 as some of his followers were rioting at the U.S. Capitol.

He went on to claim that Twitter had only been popular after he joined it.

Trump has previously said that Twitter did him a favor by banning him because he was able to reach more people on his own through press releases. He’s also said that he would never return to Twitter because it was boring.

He also posted a statement on Truth Social about Musk’s acquisition.

“I am very happy that Twitter is now in sane hands, and will no longer be run by Radical Left Lunatics and Maniacs that truly hate our country,” Trump wrote. “Twitter must now work hard to rid itself of all of the bots and fake accounts that have hurt it so badly. It will be much smaller, but better. I LOVE TRUTH!”

Musk said Friday that he would create a “content moderation council” to determine which accounts should continue to be suspended. Some wondered whether this was a precursor to allowing Trump back on the platform.

Many on the left responded to Musk seizing Twitter by claiming that they would leave the platform over their opposition to Musk’s political sympathies.