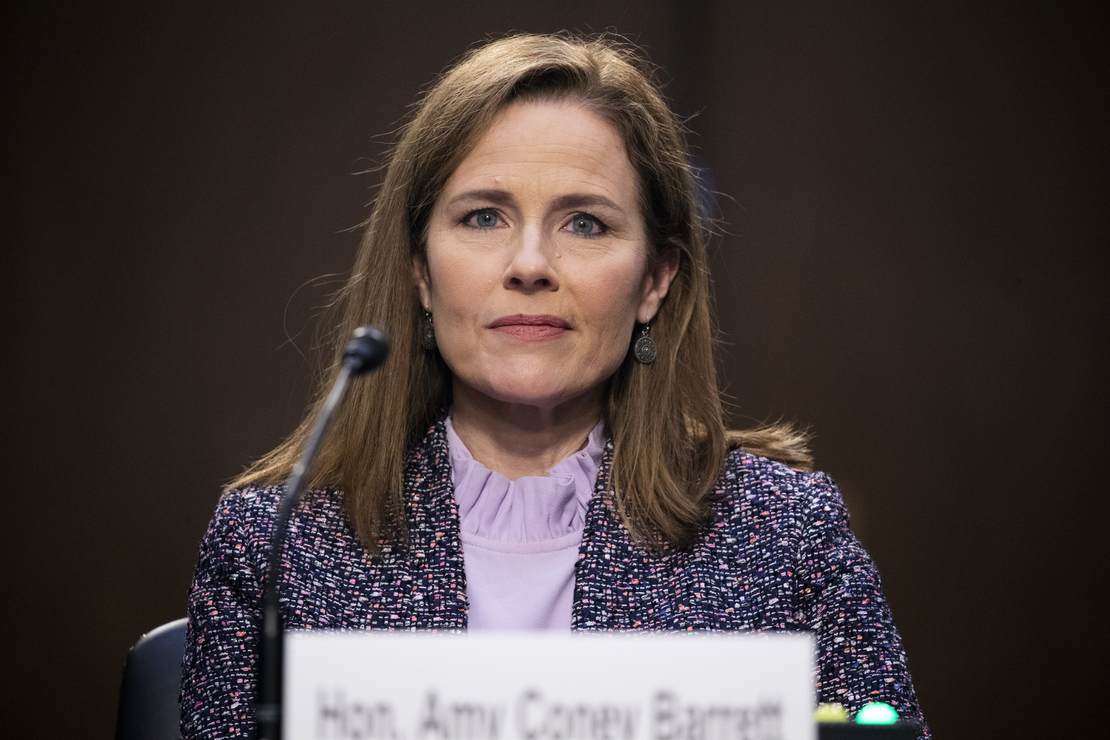 A group of “concerned publishing professionals” who work at Penguin Random House are highly agitated that conservative Supreme Court Justice Amy Coney Barrett inked a handsome $2 million book deal. In fact, they came down with a bad case of the vapors because so much money was being thrown at a mere Supreme Cour Justice.

So they penned an “open letter” to no one in particular and filled it with enough bile to be sure it attracted the right sort of media people.

“Many of us work daily with books we find disagreeable to our personal politics. Rather, this is a case where a corporation has privately funded the destruction of human rights with obscene profits,” reads the letter, signed by over 250 figures from the literary world.

Which “human right” are we talking about? Could it be the right to speak freely without fear? Nope, that’s not the right they’re talking about, and they’d likely oppose such a right anyway.

Maybe they’re talking about the right to worship freely? Nope. Only some worship is acceptable and god is a very frangible concept anyway.

No, this is a very specific human right: the right for women to abort their children. It would come as a shock to most human rights activists that abortion has been included in the Universal Declaration of Human Rights. It hasn’t been, of course. More specifically, to declare abortion a “human right” is to pretend that no one disagrees that it’s any kind of a “right” at all.

The dissenters’ main contention is with Coney Barrett’s vote to overturn Roe v. Wade. They assume there are no reasonable objections to the notion that abortion is a human right. Only a group of young, low-level staffers — assistants, art directors, interns and the like constituted most of the signees — could be conceited enough to believe they harness such a monopoly on truth. Certainly they must know better than a former top law professor and circuit court judge!

The irony of woke Penguin Random House staffers complaining about Coney Barrett’s human rights record while collecting a Nazi paycheck is not lost on Cockburn. For those not in the know, Bertelsmann, the multimedia company that owns PRH, was a chief propagandist for the Nazi regime during World War Two. Perhaps grappling with that legacy would be a more judicious use of the paper-pushers’ time?

This appears to be the day for left-wing hysteria about media, as the keening and wailing by Twitter employees over the Elon Musk revolution has reached epic proportions. But the letter to PRH on Barrett’s coming manuscript was sent with the writers not even knowing the subject matter of the book.

The book deal with PRH was announced just one year after Trump nominated her to the high court and will reportedly consider “how judges are not supposed to bring their personal feelings into how they rule.”

Barrett is also a member of the People of Praise, a majority Catholic Christian fellowship group based in South Bend, Indiana, which has been disparaged for its traditionalist leanings on sexual ethics and familial norms.

The letter accuses Barrett of “inflicting her own religious and moral agenda upon all Americans while appropriating the rhetoric of even-handedness — and Penguin Random House has agreed to pay her a sum of $2 million to do it.”

How can she inflict “her own religious and moral agenda upon all Americans” when Barrett hasn’t yet written a freaking word? I guess they just couldn’t wait for the book to come out and needed to vent proactively.

The question is whether Penguin Random House will cave to the woke mob and cancel the book deal. To sum up: the book deal with a sitting Supreme Court Justice, a respected court of appeals judge, a noted law school professor, a wife, and a mother may be canceled because the woke mob disapproves of her legal views on Roe v Wade — views that have been uttered for 50 years by liberal justices, conservative justices, and law school professors of all political persuasions.

The biggest problem with wokeness is that its adherents pretend to have a corner on “truth.” There is no rational, sane, or logical counterargument to make with regard to Roe, we’re instructed. There is only one “truth” — their truth — and if you deny that truth, you belong in the outer darkness.

Is Democracy “under attack” and “in danger”? Damn straight it is. And the danger is coming from the left.

‘We can no longer say this is a pandemic of the unvaccinated’: CDC data indicates vaccinated, boosted people together make up majority of COVID-19 deaths
The Kruiser Kabana Episode 203: Elon Musk and the Complete Psychotic Break on the American Left
Musk: Brain implants ‘ready for humans’ — confident Neuralink could help the blind to see and the lame to walk
Will Four Trumpet Playing Brothers Bring Harmony to the Broken 2020 Election?
James Cameron — yes, the guy who directed ‘The Terminator’ — now says testosterone is a ‘TOXIN’