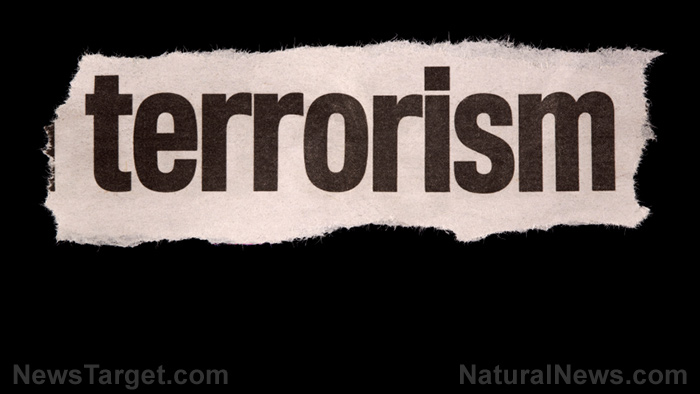 (Natural News)
Destruction of public and private property is the best way to save the environment from global warming and climate change, suggests an opinion piece recently published by The New York Times.

Andreas Malm, a Swedish eco-terrorism advocate, penned the article in which it is also stated that throwing soup at famous Van Gogh art pieces is simply not enough to convey the full climate message that “sabotage is most effective” at saving the environment.

Malm, an associate professor of human ecology at Sweden’s Lund University, scoffed at the recent “food fight” demonstration in London, calling it not “gritty” enough to truly constitute climate activism.

He would rather see pipeline explosions like what happened to the Nord Stream 1 and 2 gas pipelines that run from Russia to Germany.

“As a rule, I tend to think sabotage is most effective when it is precise and gritty,” Malm wrote in his essay.

Malm promoted “Ecological Leninism” in 2020 during height of covid

Malm says he is quite proud of the eco-terrorists who appeared at gas stations in the United Kingdom to destroy the pumps. These people “hit the nail on the head,” he says, because they directly targeted what he believes is a source of global warming: vehicle fuel.

Such activity should serve as a blueprint, he says, for other acts of terror that are easily replicated. He would like to see more gas station destruction, in other words, and not just soup on famous paintings.

“When governments refuse to undertake this work, it is up to the rest of us to initiate it,” Malm’s piece further reads. “That is the rationale for sabotage: to aim straight for the bags of coal.”

In his book, Malm goes even further in chastising climate terrorists who stop short of actually destroying fossil fuel equipment like gas pumps. Even better, Malm would like to see more natural gas and oil pipelines destroyed as this would cut off fossil fuels at the source.

In Malm’s mind, ending all fuel is a good thing because it will make the planet more “green.” He called his ideology “Ecological Leninism” back in 2020 around the start of the Wuhan coronavirus (Covid-19) scamdemic.

“We must find a way of turning the environmental crisis into a crisis for fossil capital itself,” he said at the time, pointing to Vladimir Lenin, a famous Russian Marxist revolutionary.

“The whole strategic direction of Lenin after 1914 was to turn World War I into a fatal blow against capitalism. This is precisely the same strategic orientation we must embrace today – and this is what I mean by ecological Leninism.”

Malm would like to see sports-utility vehicles (SUVs) banned entirely, along with private jets used by the rich to gallivant around the world. Anything that consumes “completely indefensible amounts of fuel” must go, he says.

“This is low-hanging fruit for the climate justice movement, as these sources of emissions are among the least socially necessary,” Malm added in a statement.

“Some forms of consumption will indeed have to be limited or abolished outright – this cannot be done through markets or appeals to ethical consumption, but only through state regulation.”

It would seem as though the Times fully endorses Malm’s message, otherwise the fake news outlet would not have published his op-ed. And that message, just to reiterate, includes violence.

“… there should be room for tactics other than strict nonviolence and peaceful demonstrations,” says the Times‘ Tatiana Schlossberg, the daughter of Caroline Kennedy.

Eco-terrorism is a growing trend among far-leftists who have been programmed to demonstrate their hatred for fossil fuels with violence and destruction. More of the latest can be found at Terrorism.news.