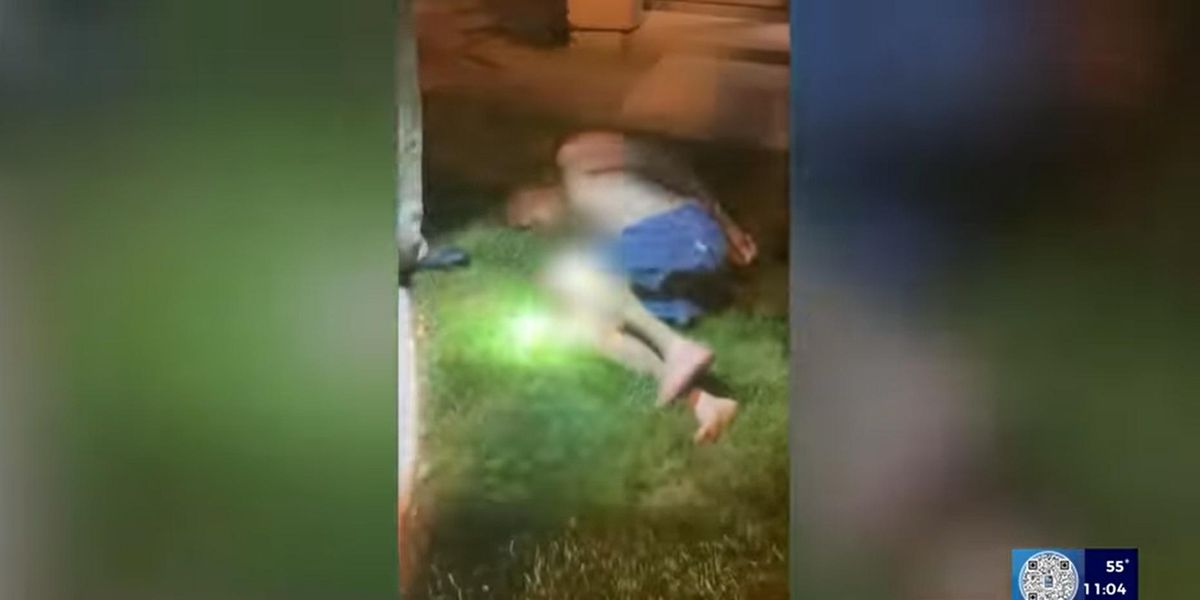 A police officer responding to a burglary call in west Las Vegas Valley heard a gunshot upon arriving on the scene. He rushed inside the residence, finding a bloody mess. The individual yelping and screaming out in pain on the ground wasn’t the victim, but rather someone who made the mistake of allegedly threatening an armed citizen and his family.

Around 5:30 a.m. on Oct. 22, the Las Vegas Metropolitan Police responded to a burglary call near West Sahara Avenue and South Hualapai Way. They found 28-year-old David Valle with a gunshot wound and a shattered tibia.

According to the arrest report, Valle had stolen into a family’s home through an unlocked back door, grabbed a knife, and besieged the master bedroom on the second floor.

How did it go down?

The Las Vegas Review-Journal reported that a “loud, breaking sound” woke the residents — a husband, wife, and daughter, all together in the second-floor master bedroom. The family immediately took action.

The wife was first up, telling her husband to call the police. Both parents then barricaded the door.

On the other side of the barricade was a shirtless man, later identified as Valle, wielding a knife. He allegedly had been beating on doors in the house, and threatening, “Come out, come out, you are running out of time.”

The husband behind the impromptu barricade readied his handgun and announced he would use it. Since Valle had allegedly been shouting in Spanish, the homeowner indicated he had a “pistola.”

The arrest report indicated Valle responded out, “Let me in, I will kill you all!”

Having given one warning, the husband gave another, firing a shot into the ceiling. When that didn’t work, he reportedly fired a shot through the bedroom door.

The arrest report suggested his aim was to strike Valle in the leg. It turns out, his aim was good.

The police officer who heard the gunshots outside kicked in the front door. Announcing himself as a Metro officer, he raced upstairs and found Valle bleeding from his left leg.

Valle was brought out by two police officers in handcuffs. He was captured on video laying handcuffed on the front lawn.

Valle was charged with burglary while in possession of a deadly weapon and assault with a deadly weapon, and booked into Clark County Detention Center. He is scheduled to appear in court on Nov. 9 and his bail was set at $35,000.

Police suspect that Valle was either mentally unstable or intoxicated. After all, his alleged burglary attempt was not his first incident recorded early Oct. 22.

KLAS reported that just over four hours prior to the alleged burglary attempt, Valle had called police, claiming that someone outside of his apartment had “pushed a sword through the hole in the door and disconnected the phone call.”

In another apparently paranoid call to police, Valle claimed several people were following him and “hiding in bushes and behind bus stops.”

Two other police reports that morning mentioned an anxious man trying to evade people allegedly “trying to kill him.”

This is the second time in the past week that a homeowner has stopped an intruder with a well-placed shot through a bedroom door.

TheBlaze reported that on Tuesday night, a man allegedly broke into a woman’s home in rural Edinburg, Texas, prompting the mother to lock herself and her children in her bedroom.

Officials said that the woman warned the alleged intruder that she was armed, but 36-year-old Carlos Garcia nevertheless tried to break into the bedroom. The warning didn’t work, but a single gunshot through the door did.

Hidalgo County Sheriff Eddie Guerra extolled the woman’s bravery, saying, “You have the right to defend yourself in your own home against an intruder … she did what she had to do, and we support her.”