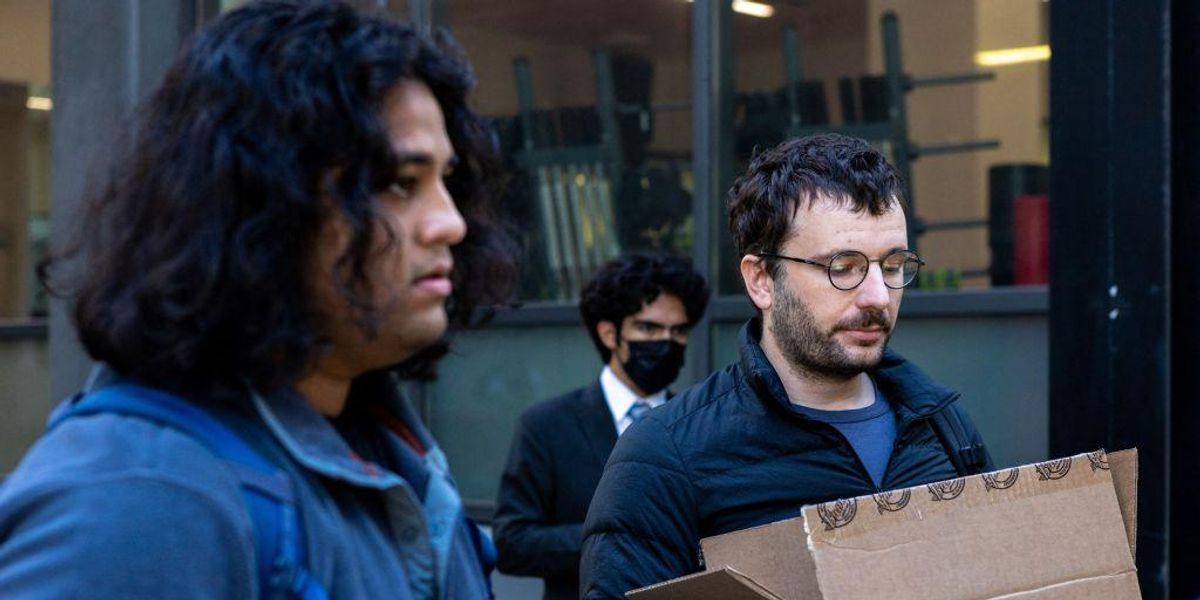 Two men managed to convince several members of the media that they were disaffected former Twitter software engineers who had just lost their jobs, and all they needed were a few props and a deadpan expression to pull off the stunt.

On Friday, two men carrying cardboard boxes and looking despondent outside Twitter headquarters in San Francisco began spinning a tale of professional woe to some members of the media who were in the area in the event that new Twitter owner Elon Musk began axing rank-and-file staff.

The men stated that their names were Rahul Ligma and Daniel Johnson. Though the latter name might not raise any red flags, savvy social media users immediately understood the “ligma” reference and were onto the joke. “Ligma” is an internet meme about a fictitious disease which is said to have taken the life of Fortnite streamer, Ninja. It also has sexual undertones.

The man claiming to be Ligma held up a copy of Michelle Obama’s book, “Becoming,” and told reporters, “Michelle Obama wouldn’t have happened if Elon Musk owned Twitter.” He also claimed that he had just been fired over Zoom and that he did not have any job prospects on the horizon.

“I mean, if free speech, if Nazis saying that transwomen shouldn’t use women’s locker rooms,” Johnson stated, “then awesome, I guess. Mission accomplished.”

“Listen, I [have] got to touch base with my husband and wife,” he added before leaving.

u201cSome guys just absolutely trolled local media outside Twitter’s headquarters pretending to be a fired software engineer:nn”I have to go touch base with my husband and wife.”u201d

Several reporters were all too eager to share the story. Deirdre Bosa of CNBC quickly tweeted, “It’s happening Entire team of data engineers let go. These are two of them,” sharing a picture of Ligma and Johnson. She has since admitted that she has “not been able to confirm that they were actual employees or that the co has laid off anyone today.”

Local reporter Suzanne Phan of ABC7 Bay Area reportedly fell for the hoax as well, though the tweet that she allegedly posted about the two men has since been deleted.

One high-profile figure who did not fall for the scheme is Musk. Musk tweeted about the two pranksters several times and expressed appreciation for their ingenuity.

“One of the best trolls ever,” he wrote with two laughing emojis.

He even alerted followers that he understood the sexual references of the two pseudonyms, tweeting, “Ligma Johnson had it coming.”

As of now, the only Twitter employees who have been fired are chief executive officer Parag Agrawal, chief financial officer Ned Segal, top legal and policy executive Vijaya Gadde, and general counsel Sean Edgett. However, Musk is widely expected to make other staffing changes. Some outlets had reported that Musk planned to fire up to 75% of the Twitter workforce, though Musk has allegedly denied those reports.

Alyssa Milano says she needs therapy over Twitter — even ‘The View’ hosts find her RIDICULOUS
Protests in China become more widespread as ChiCom regime slowly losing control after years of ‘Zero COVID’ lockdowns
How the Biden Justice Department Vindicated Trump
One dead, others injured after ‘rogue wave’ strikes Viking Polaris ship
WashPost Arrives on Twitter Files on Hunter Biden: Not Even Close to a ‘Bombshell’!