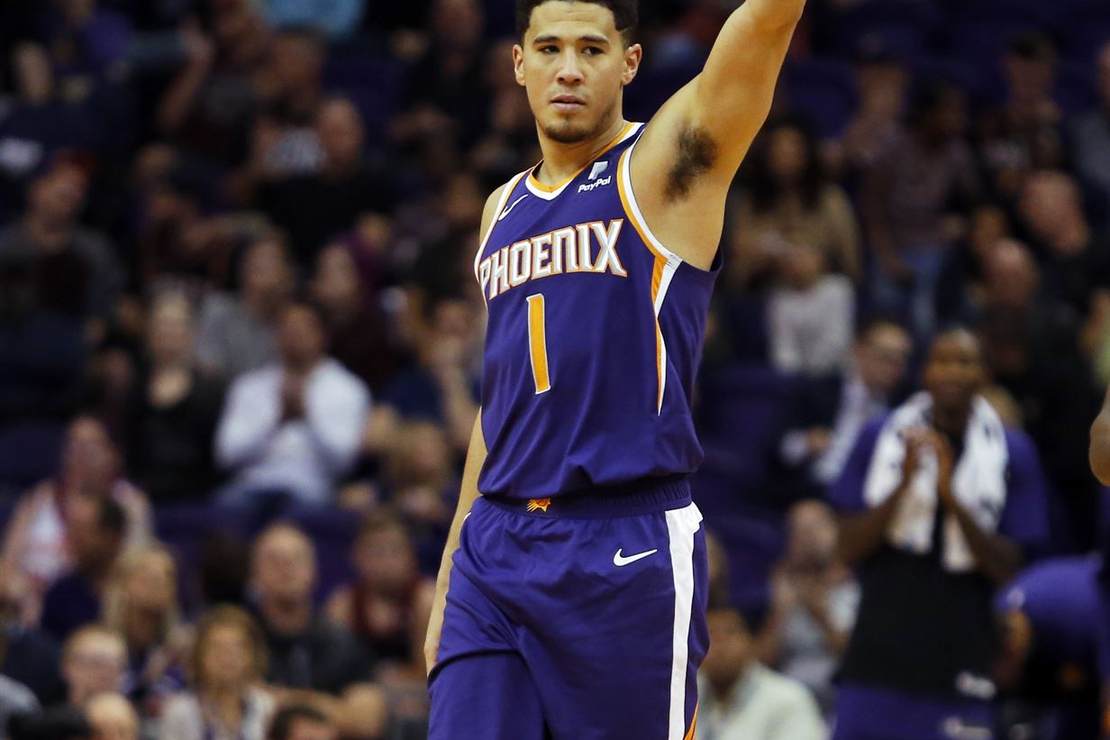 Robert Sarver, owner of the National Basketball Association’s Phoenix Suns, has announced that he is selling the team; this comes, says the Daily Mail Saturday, after “a league investigation into allegations that he engaged in racism, sexism, and bullying.” Now, a group has expressed interest in plunking down the $3 billion it will take to buy the team, and this is no ordinary group: it reportedly includes none other than Barack Obama, and really, what could be more fitting and better for the league’s image than to have the sainted first black president take over the team after a disgraced notorious racist had to give it up?

It really could happen, although Obama would not pay the lion’s share of this massive outlay; he would just be the public face of the franchise. Bill Simmons said on his The Ringer podcast via NBC Sports, that “the days of somebody being able to put in a little amount of money and run the team, those days are over… The one guy who might pull it off and I heard, I’m probably breaking some news here, but I heard Obama is involved in one of the groups. And that’s the one guy who I feel like would make him the actual face, and the money guys would be so happy to have him in the front.” Of course, they would. Nothing could re-establish the team’s tarnished image than the man no one dares to criticize for fear of charges of racism at the helm.

NBA legend Charles Barkley was excited at the news and expressed interest in joining the group: “If Obama called me, hell yeah, I’m buying in. I got so much love and admiration for that guy.” And really, who wouldn’t? His two terms as president dug America into a deep hole and now the Biden administration, to which many refer as Obama’s third term, is piling on the dirt. Who couldn’t love the guy?

Suns head coach Monty Williams was stoked as well: “I don’t tend to make comments about speculation, but I think anybody would value a partnership with someone like that.” Of course! “For me,” Williams continued, “as an African-American, even though you may have differences of opinions on certain views politically, whatever that looks like, someone that’s been through those kinds of experiences from a leadership standpoint, I would love to just pick his brain and just sit and listen for hours about life and decisions and things like that.” Yeah, who wouldn’t want to sit and listen for hours to Barack Obama? Some might prefer a root canal without anesthesia, but to each his own.

And just imagine the possibilities. As president, Barack Obama was hedged around in all sorts of ways. He was constrained (theoretically) by the Constitution, (even more theoretically) by Mitch McConnell, and by public opinion (even as the Democrats did all they could to manipulate it through the establishment media). He accomplished a great deal of his promised “fundamental transformation” of America, but the full dumpster fire effect was left to Old Joe Biden and his henchmen. Nonetheless, with the Suns, he could really implement his full vision. The Phoenix Suns could become Obama’s America in microcosm.

The Suns could be the first sports team to stop hiring players on the basis of their ability to play the game. Instead, based on population percentages, the Phoenix starting five will consist of two white players (rounding way down to counteract, you know, white privilege), two Hispanic players (rounding a bit), and one black player. One player will be disabled and get around the court in a wheelchair. Two of the starting five and the leading reserve player will be female — or at least identify as such.

Players found to have voted for Trump or any other Republican other than Mitt Romney, Liz Cheney, or Adam Kinzinger will be unconditionally released. Players reluctant to declare themselves transgender will be fined. Players will hold practice sessions; during each one, CNN will be playing constantly at a loud volume, so as to ensure that players are as ideologically informed as they are adept at basketball. They’ll be required to donate 50% of their salaries to Antifa, Black Lives Matter, and other approved charities.

The Suns will become the model team for the new woke NBA, showing that woke sports are in every way superior to the bad, old white supremacist variety in which two teams played a game and one of them won. The Obama Suns may not win many games, if any, but they’ll win something that Barack Obama himself would affirm is much more important: the applause of the New York Times and the Washington Post.