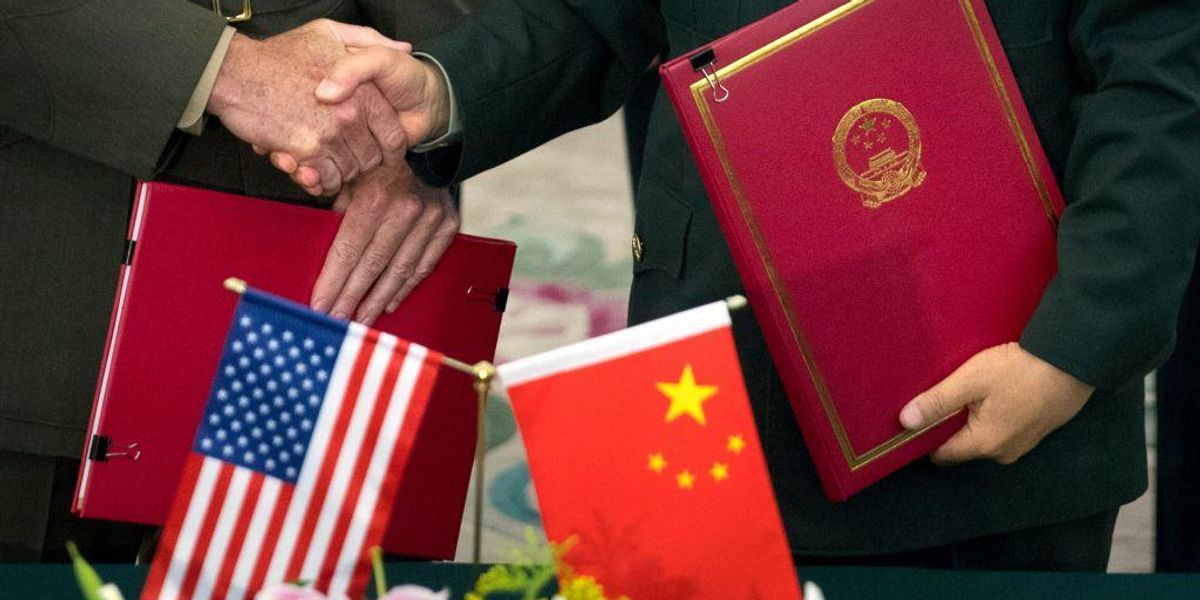 A pair of election integrity activists were thrown in jail on Monday after being held in contempt of a federal court in Houston.

Federal Judge Kenneth M. Hoyt had True the Vote leaders Catherine Engelbrecht and Gregg Phillips thrown in jail after they followed through on their refusal last week to give up the name of one of their sources — an individual they allege is a confidential FBI informant.

According to the duo, the unnamed informant helped provide them with proof that the scandal-plagued election software company Konnech had compromised and stored American data in China.

The overarching case in which the duo is embroiled concerns their alleged defamation of Konnech.

True the Vote accused Konnech of colluding with the Chinese communist regime, of storing confidential American data on servers in China, and of other wrongdoings.

Konnech, whose founder and CEO was arrested earlier this month on suspicion of committing some of the very crimes that True the Vote accused him and his company of, wants Engelbrecht and Phillips to provide the names of anyone else who may have been involved in their efforts to expose the company for its alleged malfeasance.

Konnech successfully obtained a restraining order to that effect, which Hoyt found the duo in contempt of on Oct. 27.

True the Vote had accused Konnech of being both “owned by the Chinese Communist Party” and involved in “subversion of our elections.”

Konnech, Inc. filed a defamation lawsuit against True the Vote on September 12, suggesting that Engelbrecht’s and Phillips’ accusations of wrongdoing were damaging and would prove “particularly problematic in light of the upcoming 2022 midterm elections, for which Konnech has contracts to provide election logistics software for voting districts across the country.”

The suit claimed that True the Vote founder and president Catherine Engelbrecht and board member Gregg Phillips “have intentionally, repeatedly, and relentlessly attacked Konnech and its founder Eugene Yu with Defendants’ unique brand of racism and xenophobia by their completely baseless claims that Konnech, its founder, and employees are ‘Chinese operatives’ … spearheading a ‘Red Chinese communist op against the United States.'”

The suit also claimed that the defendants’ “false accusations of treason, espionage, bribery, and election fraud … are completely fabricated and constitute defamation per se.”

Extra to denouncing the duo for alleged racist attacks, the suit emphasized that “Konnech does not, and has never, stored any actual customer or poll worker data on any server in China as Defendants falsely claim.”

Since the lawsuit was filed, a great deal has occurred that appears to strengthen True the Vote’s claims.

Konnech’s founder and CEO Eugene Yu was arrested on Oct. 4 and charged on suspicion of data theft, having allegedly stored “critical information that [US election] workers provided on servers in China.”

Yu was hit with additional charges for grand theft by embezzlement of funds exceeding $2.6 million.

To comply with the restraining order, Phillips and Engelbrecht had to name all of the individuals they allegedly met at a Dallas hotel meeting in January 2021. It was at the meeting they had allegedly seen evidence that Konnech was improperly storing U.S. poll workers’ sensitive data in China.

The San Antonio Current reported that earlier this month, Engelbrecht and Phillips provided the name of one source, Mike Hasson.

True the Vote attorney Brock Akers told Hoyt on Oct. 6 that Hasson was in “danger from forces of the Chinese Communist Party” and that releasing his name could jeopardize his safety.

Konnech’s attorneys, convinced Hasson hadn’t operated alone, pressed the duo for additional names, suggesting that previous testimony and the language of certain True the Vote social media posts had indicated the existence of additional contacts or “analyst[s]” besides Hasson.

Engelbrecht told Konnech’s attorney Nathan Richardson of the Houston office of Kasowitz Benson Torres, “Every name I give you gets doxxed and harassed … I know what happened to Mike after his name was released.” She then suggested Hasson was rumored to have gone into hiding.

Votebeat Texas reported that the True the Vote duo, when pressed to identify the other unnamed person at their January 2021 meeting, proved unwilling, suggesting that he was a “confidential informant” for the FBI whose safety was contingent upon his anonymity.

Hoyt found them in contempt, stating that they had until Oct. 31 at 9 a.m. to divulge the source’s name.

On Thursday evening, Phillips wrote on Truth Social, “Doing the right thing isn’t always easy but it’s always right. We were held in contempt of court because we refused to burn a confidential informant or our researchers. We go to jail on Monday unless we comply.”

In a Saturday post, Phillips complimented Engelbrecht, writing that despite being ridiculed by Konnech’s lawyers, “She answered with confidence and pride in her Country. She didn’t buckle. She stood against the abuse and the oppressors. I’m so proud to be her friend, her colleague, and her brother in Christ.”

The True the Vote account posted Sunday evening that if Engelbrecht and Phillips were ultimately arrested, “We won’t be gone forever.”

Sure enough, Engelbrecht and Phillips were marched out of the courtroom in Houston and thrown in jail on Monday, where they will remain until they cough up the alleged informant’s name.

Engelbrecht and Phillips can be seen on video emptying their pockets and then being walked out of court on Monday by U.S. Marshals:

u201cBREAKING: Catherine Engelbrecht from True the Vote and Gregg Phillips recorded by what appears to be a covert camera. Short clip/More details to come. Word on the street; u201cHold the line; youu2019re going to love what comes next.u201d ud83dudc47ud83cudffcu201d

While Engelbrecht and Phillips’ fate is yet to be seen, Konnech’s Chinese links continue to be explored and Yu will appear in court on Nov. 17.

UN faces pushback against assertion that ‘words can be weapons’
Elon Musk threatens to release Twitterâ€™s emails related to the suppression of the Hunter Biden laptop story
Elon Musk Agrees Twitter Censorship Targeted Conservatives, Not Leftists
Why Isn’t Iran Cracking Down Harder on the Protesters?
Is Brian Kemp Getting Ready for the National Stage?