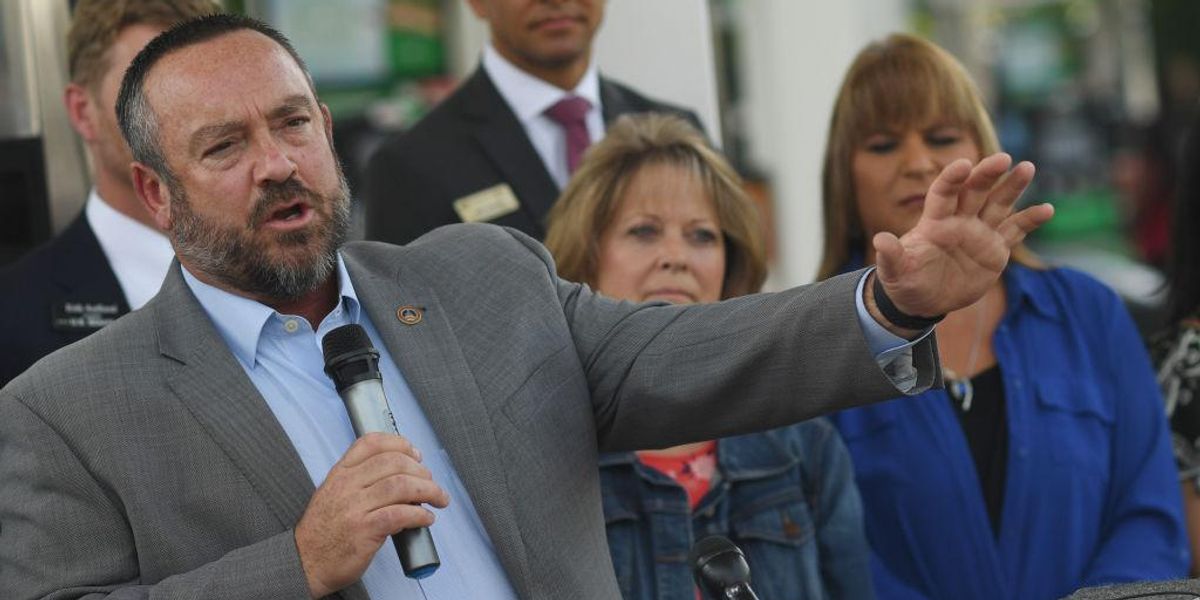 Colorado House Minority Leader Hugh McKean died suddenly at his Loveland home on Sunday. He celebrated his birthday on Oct. 27, only days before his sudden death.

“It is with great sadness we announce the sudden passing of House Minority Leader Hugh McKean,” the official Twitter account for the Colorado House Republicans stated. “Hugh was fiercely passionate about serving the great state of Colorado and will be missed dearly.”

“Hugh was fiercely passionate about two things in his extraordinary life; serving the great state of Colorado and spending time with his family, whom he adored — Aiden McKean, 21, Hanna McKean, 23, and his dearest partner and friend Amy Parks,” the statement read, according to Colorado Politics.

“Hugh spoke about Coloradans not in the abstract but as real living people with jobs, loves, and real-life successes and problems,” the statement continued. “Families facing hardships were not faceless pie graphs on a page to Hugh. He saw the faces of his own children, of his parents, long-time neighbors, and of Coloradans that he would always call friends. Public service wasn’t a 9-to-5 job for Hugh; he lived life believing good enough would never be enough for those who would live with the consequences of bad government.”

“Funeral services are being planned and details will be made public once finalized,” the statement concluded.

u201cIt is with great sadness we announce the sudden passing of House Minority Leader Hugh McKean. Hugh was fiercely passionate about serving the great state of Colorado and will be missed dearly. Funeral services are being planned and details will be made public once finalized.u201d

The cause of death was not immediately made public.

The Colorado Sun reported, “Roger Hudson, the caucus’ deputy chief of staff, said he was found dead Sunday morning after complaining of feeling unwell the day before.”

Hudson added, “I adored this man. His loss is something I can’t even quantify for you.”

Colorado Republican Party Chairwoman Kristi Burton Brown remembered McKean, “Whenever I saw him or spoke to him, he had an encouraging word and was ready to lift others up. Whenever I think of Hugh McKean, I’ll think of his smile and his positive outlook on life.”

House Speaker Alec Garnett, a Democrat, said of McKean, “We will miss his kindness, the joy that he brought to the capitol every day, and the care that he showed every person he ever met. Hugh was the very definition of a statesman — a genuinely nice guy who always wanted the best for our state and his constituents. His integrity and the deep respect with which he treated every member of the House were a model for every lawmaker he worked with. The thoughts and prayers of the entire Democratic Caucus are with Leader McKean’s family and loved ones.”

McKean was unopposed in the previous general election, which reportedly means that a vacancy committee comprised of Republicans in House District 51 will select his successor.

Calhoun’s “mouse utopia” experiments are now coming true for humanity as self-annihilation, infanticide and gender distortions become commonplace
Elon Musk threatens to release Twitterâ€™s emails related to the suppression of the Hunter Biden laptop story
Alyssa Milano says she returned her Tesla because Elon Musk could have solved world hunger with the money he used to buy Twitter
Video: Fugitive hiding under mattress opens fire on cops who were searching for him. It doesn’t end well for suspect.
Bill Maher can’t decide which is WORSE: Stephen Colbert or ‘a room full of Tucker Carsons’