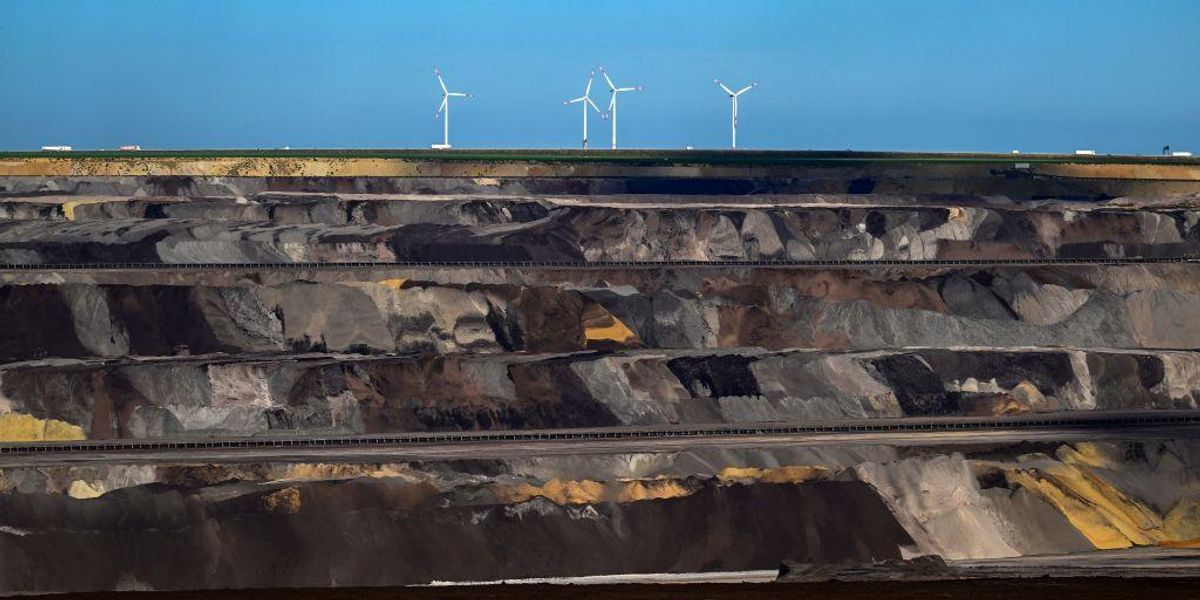 A wind farm in Germany is being demolished to make room for a coal mine expansion.

German energy giant RWE is tearing down wind turbines to expand a neighboring coal mine in an effort to deal with the country’s energy crisis. The area of the wind farm near the small town of Lützerath will be used to expand the Garzweiler open pit mine in the state of North Rhine-Westphalia.

The wind farm features eight wind turbines. One wind turbine was dismantled last week, two more are scheduled to be deconstructed some time next year, and the final five will be taken down by the end of 2023.

RWE officials admit that the move appears to be “paradoxical.”

“We realize this comes across as paradoxical, but that is as matters stand,” RWE spokesperson Guido Steffen said in a statement.

The Ministry of Economy of North Rhine-Westphalia added, “If Lützerath were to be preserved, the production volume required to maintain the security of supply over the next eight years could not be achieved, the stability of the opencast mine could not be guaranteed and the necessary recultivation could not be carried out.”

In addition, RWE will reactivate three lignite-fired coal units that were previously on standby.

“The three lignite units each have a capacity of 300 megawatts (MW). With their deployment, they contribute to strengthening the security of supply in Germany during the energy crisis and to saving natural gas in electricity generation,” RWE said in September. “Originally, it was planned that the three reserve power plant units affected would be permanently shut down on September 30, 2022, and September 30, 2023, respectively.”

Germany’s cabinet approved the decision to revive the unused coal units after energy prices skyrocketed because of the sanctions issued due to the Russian invasion of Ukraine.

North Rhine-Westphalia and RWE had previously declared they would stop using fossil fuels by 2030.

Climate change activists are furious about the transition from wind power to fossil fuels.

Last week, there were thousands of demonstrators who participated in protests against high energy prices in six German cities: Berlin, Düsseldorf, Frankfurt, Stuttgart, Hanover, and Dresden.

Reuters reported, “Germany imported 37.6% of gas from Norway in September compared with 19.2% in the same month last year, while Dutch deliveries climbed to 29.6% of imports from 13.7%, data from utility industry group BDEW showed.”

Last week, BASF – the world’s largest chemicals group by revenue – announced that the company will “permanently” downsize in Europe because high energy costs have made the region increasingly uncompetitive.

“The European chemical market has been growing only weakly for about a decade [and] the significant increase in natural gas and power prices over the course of this year is putting pressure on chemical value chains,” BASF chief executive Martin Brudermüller said on Wednesday.