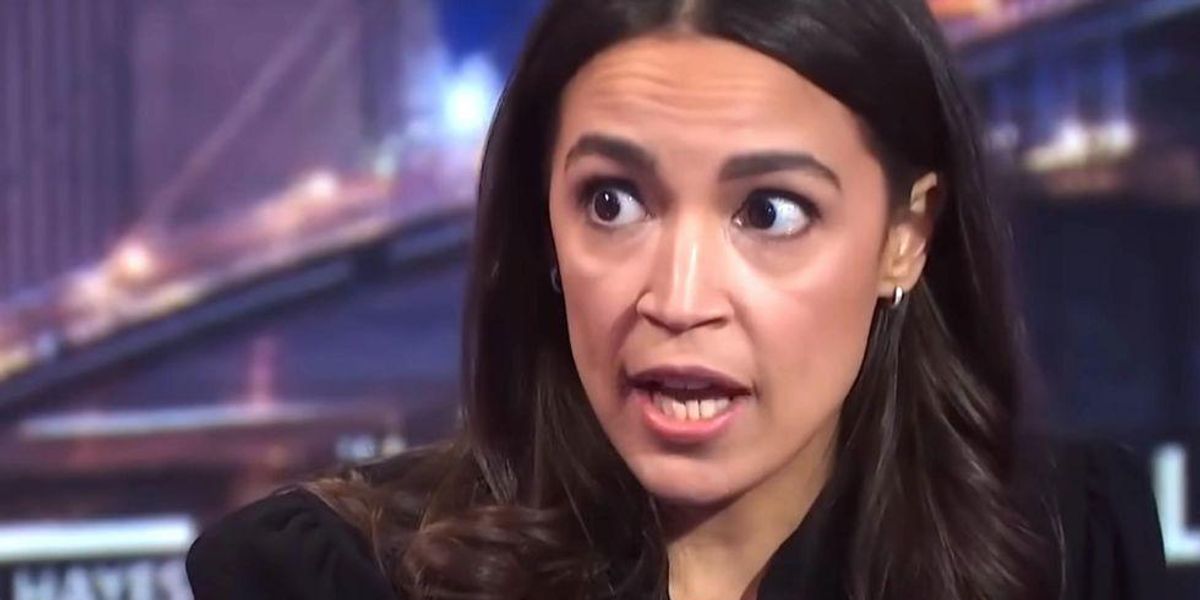 Socialist Democrat Rep. Alexandria Ocasio-Cortez of New York denied that government policies exacerbated inflation and instead blamed corporate greed while claiming Americans were in an “environment of fascism.”

Ocasio-Cortez made the claims while being interviewed by MSNBC host Chris Hayes on his show. She was addressing how Democrats were failing in polls ahead of the midterm elections because of the weak economy.

“Even when we talk about issues like inflation. A lot of this has to do with the massive consolidation of our markets and corporate greed,” she claimed emphatically.

Earlier in the interview, she also said America was facing “an environment of fascism” from Republican candidates running for Congress in the midterms in reference to some citizens, mostly on the right, ostensibly guarding voter ballot boxes from voter fraud.

“There is absolutely no doubt that the data shows that the vast majority of incidents of domestic terror come from white nationalism,” Ocasio-Cortez said.

“And that we are really truly facing an environment of fascism and in the United States of America,” she continued, “this type of intimidation at the polls brings us to Jim Crow, it bring us back and hearkens back to a very unique form of American apartheid that is not that long past ago. And we have never fully healed from it. And those wounds threaten to rip right back open if we do not strongly defend democracy in United States of America.”

Ocasio-Cortez was repeating a well-worn defense used by Democrats and others to try to defend President Joe Biden and his high-spending policies from those saying they made inflation worse. Polls show that Americans mostly blame Biden’s policies for inflation ahead of a key midterm election season.

Here’s the video of the comments from Ocasio-Cortez:

[embedded content]
AOC And Raskin On Stakes Of Midterms: We Are ‘Facing An Environment Of Fascism’

NBC Reporterette Defends the Sexual Grooming of Children But Accuses Parents Opposed to it as the Real Sexual Predators
WHO urges swapping of the term ‘monkeypox’ for ‘mpox’ due to ‘racist and stigmatizing language’
Column: Traumatic Executions vs. Therapeutic Abortions
Is DEI the Future of Health Care?
Woke German Soccer Team Focused on Politics Instead of the Game, Delivered Shock Loss By Japan