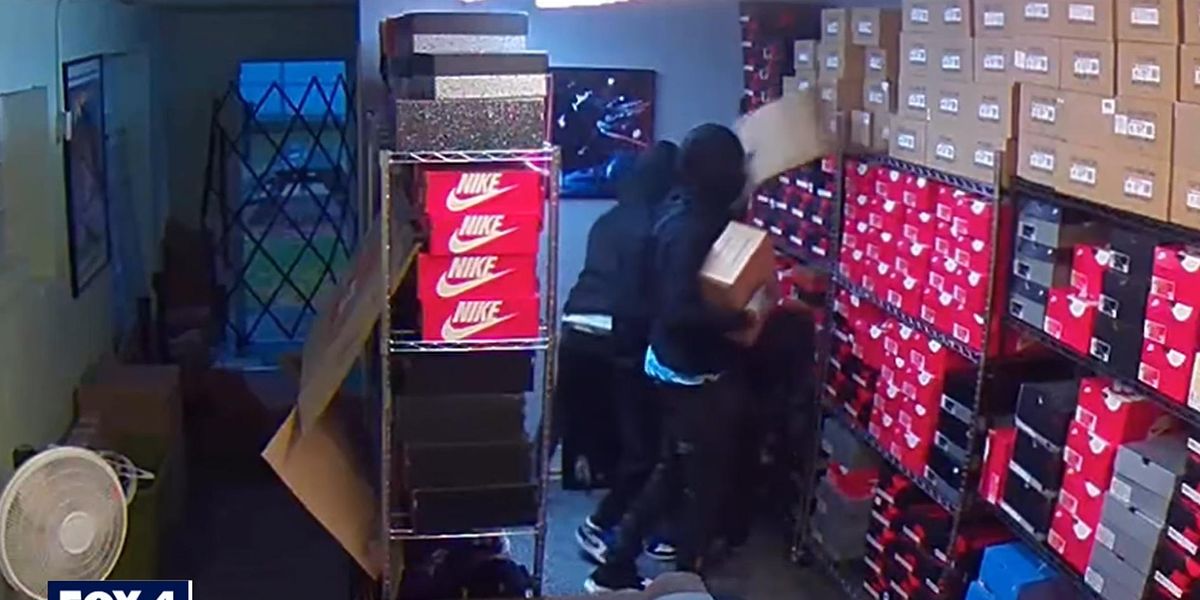 A Texas shoe shop owner may not have stopped the three thieves who robbed him, but he managed to cut their spoils in half.

The burglars first attempted to break in through the bathroom window at the rear of the store. When that effort proved futile, the burglars bypassed a double-padlocked door and a steel gate.

The proprietor, Chad Steward, told KDFW that “it would have taken them a good while to get into this part of the store,” indicating the back stockroom that had been ransacked.

Once inside the stockroom, the thieves began pillaging. They frantically pulled down boxes of various expensive sneakers, including Nikes, Air Jordans, Adidas, and Yeezys.

After filling a bag with shoeboxes, they came to the realization that the boxes contained only single shoes.

WFAA reported that Steward had split up pairs, assigning one shoe to the front of the store and the other to the rear, just in case miscreants were to steal from him.

In the surveillance footage of the robbery Steward posted to Instagram, the burglars can be heard complaining: “It’s only got one shoe in it!”

Whether they knew it or not, the burglars would have had to break through another steel gate in order to reunite the pairs.

Frustrated, the burglars instead fled the scene with a sack full of singles. According to the police report, they made out with 21 shoes — all of them right-sided.

Although Steward tripped up the thieves, he still wants justice, saying the burglary amounted to his “worst nightmare.” He has offered a reward of $1,000 for identifying information concerning “these losers.”

Steward’s worst nightmare is a common occurrence in Fort Worth, where the odds of becoming a victim of a property crime are reportedly 1 in 36.