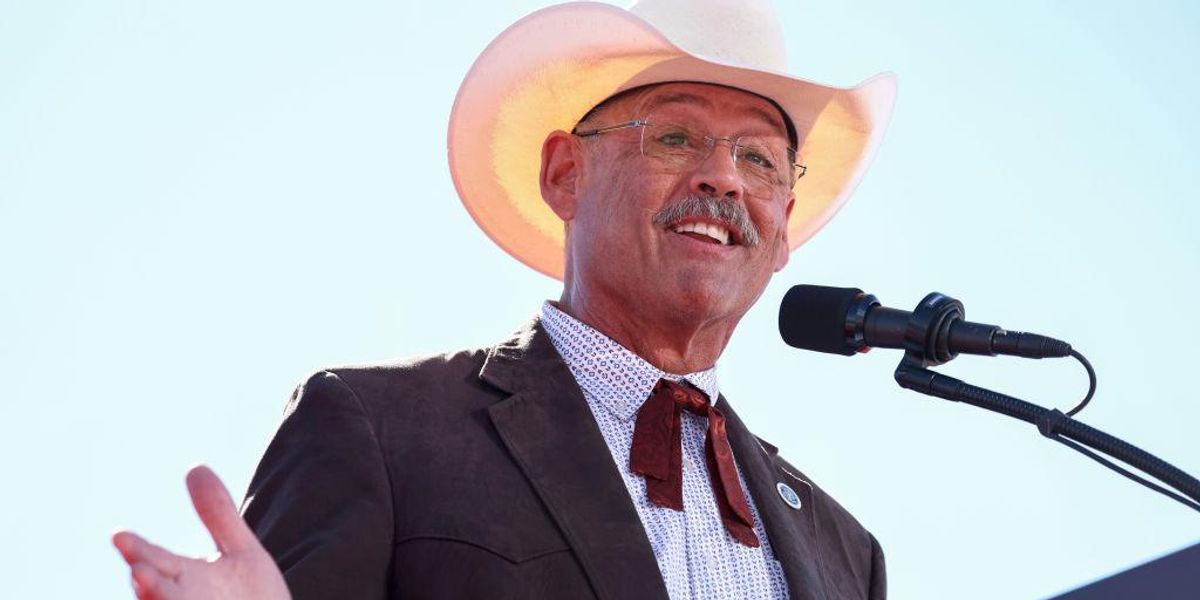 Arizona state Rep. Mark Finchem, a Republican who is currently running for Arizona secretary of state, was briefly sidelined on Twitter before being swiftly reinstated less than one hour after Elon Musk, who recently acquired the social media platform, took notice of Finchem’s plight.

On Monday afternoon, Finchem posted a screenshot on Truth Social of a notice that said his Twitter account had been temporarily placed in “read-only mode” because he had supposedly violated Twitter’s rules.

“Twitter has blocked my account from speaking truth with one week left until the election. They are trying to put their thumb on the scales of this election. Tag Elon Musk and tell him to unban me right now. I am the Secretary of State nominee in a swing state running against the criminal Soros-funded candidate,” Finchem wrote.

Finchem later posted another screenshot of a notice that indicated that he had less than 11 hours left until his account would return to normal functionality.

Jenna Ellis tweeted about the platform’s move to block Finchem, writing, “@elonmusk this shouldn’t happen a week before the election!”

“Looking into it,” Musk replied.

Less than an hour later, Finchem was posting on the platform again.

“We are back! Thank you @elonmusk for stopping the commie who suspended me from Twitter a week before the election. Twitter is much better with you at the helm,” Finchem tweeted.

u201cWe are back! Thank you @elonmusk for stopping the commie who suspended me from Twitter a week before the election. Twitter is much better with you at the helm. Thank you @MediaRightNews1 @JennaEllisEsq @KariLake @Brick_Suit & others for spreading the word! #AZSOSu201d

Musk has indicated that he wants Twitter to be a forum for free speech, though he recently said in a note directed toward Twitter advertisers that the platform cannot turn into “a free-for-all hellscape.”