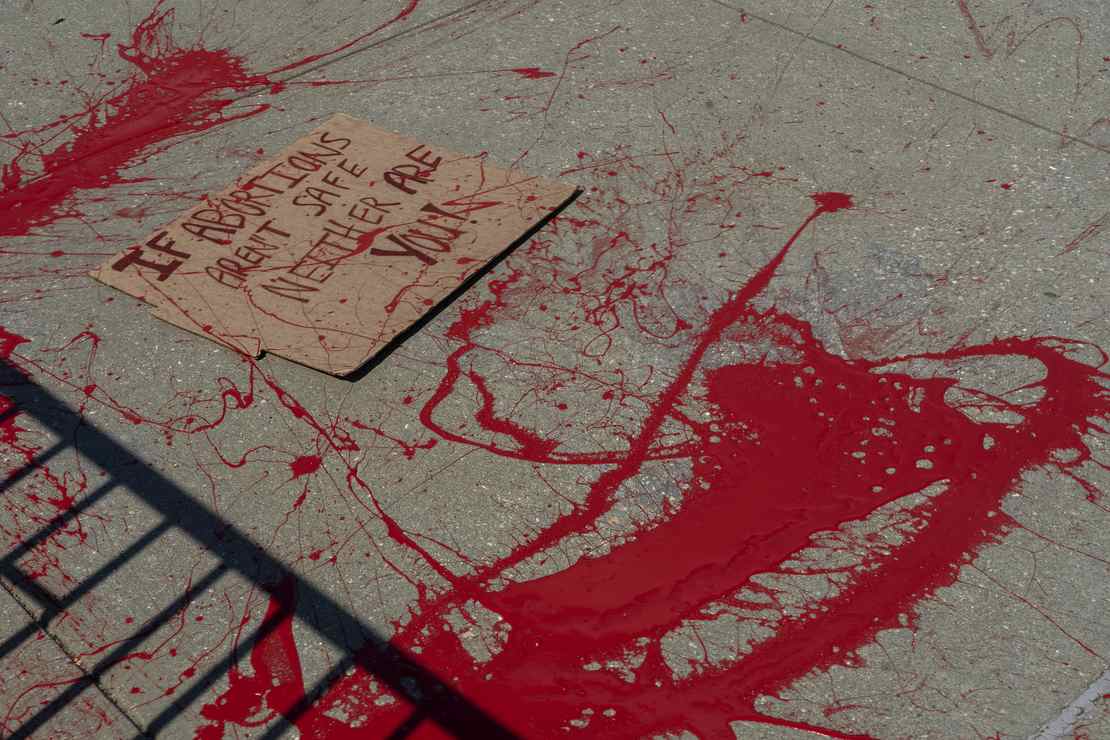 Missouri’s Health Department has launched an investigation into the Freeman Medical Health System after PJ Media reported several problems with a viral story about Mylissa Farmer, who said she was denied medical care when she was losing her baby at 17 weeks. Her story was used to cut a political ad for Democrat Trudy Valentine Busch in record time, making the story look like a political hit job.

No one in the media who reported the scary story quoted the law accurately, nor did they reach out to anyone in Missouri who could refute the claim. There’s an election coming up, and facts matter a lot less than votes.

Farmer says she was sent across state lines to get an abortion despite the fact that her life was in danger, her baby was terminal, and she could have suffered severe and life-altering consequences. Missouri law clearly allows for abortion in this type of “medical emergency,” and health department officials say they want to know whether the hospital violated federal law in refusing her.

PJ Media reached out to Attorney General Eric Schmitt’s office several times since this story broke but received no response. The only Republican in Missouri to return our call was the author of Missouri’s abortion bill, Nick Schroer, who agreed that Farmer’s abortion was covered under the exceptions in Missouri law.

ABC reported, “Missouri Health and Senior Services spokeswoman Lisa Cox in a statement said the agency launched an investigation into southern Missouri’s Freeman Health System’s treatment of Mylissa Farmer.” It is not clear what sparked the investigation, but the public deserves answers. ABC also reported that the health department is investigating whether or not the hospital broke federal law and cited a letter written by Health and Human Services Secretary Xavier Becerra informing medical providers that they do not have to follow state abortion laws if they run contrary to the federal law that states that hospitals must treat people in emergency situations.

What is unclear is why the hospital isn’t being investigated for violating Missouri law since there is a medical emergency exception in the abortion law that should have covered Farmer’s situation. The answer could be more political gamesmanship by political forces. After all, why did this story surface on ABC News instead of through me, the journalist who broke the story and has been keeping in touch with Missouri representatives about any movement on the situation?

Legislators who were pushing behind the scenes for an investigation heard nothing about this until it broke on ABC. Why? Who ordered the investigation? Based on research into the federal law cited, the Emergency Medical Treatment and Labor Act, this is the latest weapon the federal government is trying to use against states that have restricted abortion. The guidance issued by Becerra was actually enjoined by a Texas Supreme Court when Texas sued Becerra for attempting to interfere in Texas law. Here’s what the judge, in that case, said about EMTALA.

Does a 1986 federal law ensuring emergency medical care for the poor and uninsured, known as EMTALA, require doctors to provide abortions when doing so would violate state law? Texas law already overlaps with EMTALA to a significant degree, allowing abortions in life-threatening conditions and for the removal of an ectopic or miscarried pregnancy. But in Dobbs’s wake and in an attempt to resolve any potential conflict with state law, the Department of Health and Human Services issued Guidance purporting to remind providers of their existing EMTALA obligations to provide abortions regardless of state law. That Guidance goes well beyond EMTALA’s text, which protects both mothers and unborn children, is silent as to abortion, and preempts state law only when the two directly conflict. Since the statute is silent on the question, the Guidance cannot answer how doctors should weigh risks to both a mother and her unborn child. Nor can it, in doing so, create a conflict with state law where one does not exist. The Guidance was thus unauthorized.

Missouri’s Health Department investigation into the violation of EMTALA will inevitably find that the hospital did not violate EMTALA because that law has nothing to do with abortion—as is clear in the language of the law—and instead deals with hospitals that turn away patients who cannot afford to pay for the care they need. Does Missouri’s Health Department already know this? They should. The Supreme Court ruling in Texas was widely reported, and the enjoinment is clearly stated on the HHS website that HHS cannot enforce its “guidance” issued by Becerra. So why would the Missouri Health Department launch an investigation into a federal law that the hospitals have already been told doesn’t apply to abortion regulation?

In cases like Farmer’s, the hospitals are supposed to rely on state law. But this hospital appears to have ignored that law. If it had adhered to Missouri statute it would have treated Farmer and not forced her across state lines. We are now back to the same place we started. The investigation that needs to happen must come from the attorney general’s office. It must investigate why the hospital ignored state law, not federal as there is no federal abortion law that applies to Missouri.

Why is ABC helping the Missouri Health Department push this EMTALA false narrative? It’s not hard to guess why. Clearly, Democrats want EMTALA to apply to abortion or they wouldn’t have already tried it in Texas. They want to be able to overrule a state’s abortion restrictions. This renewed invocation of EMTALA as being some kind of relevant law could once again be an attempt to force new federal legislation to add abortion to EMTALA under the guise of solving these manufactured horror stories. The question is, who is it inside Missouri’s Health Department who wants to help Democrats?

More intrigue in MO. The @HealthyLivingMo Health Dept has launched a useless “investigation” into the hospital that turned away Mylissa Farmer for an emergency abortion citing federal law EMTALA. The problem is, HHS guidance trying to use it to override abortion law was enjoined pic.twitter.com/tyhwlO21h2

As usual, Republicans in Missouri are sitting on their hands and not fighting back while the left makes chess moves in a game the right is not even playing. Someone in Republican leadership should find out who in the Health Department ordered this fraudulent investigation that will lead nowhere—except to more headlines that are bad for Republicans. Mark my words, when the investigation finds the hospital did no wrong according to the federal law the headline will be something like, “Investigation Finds Hospital’s Hands Were Tied in Refusing Abortion Care Under Draconian Missouri Abortion Law. Republicans Silent.”

The head of the Health Department is Paula Nickelson, who was appointed by Republican Governor Mike Parson. PJ Media reached out to Nickelson with a litany of questions relating to this pointless investigation to nowhere. Who ordered it? Why was it focused on a federal law that does not have anything to do with abortion? What is the purpose of launching an investigation that will by default exonerate the hospital? Is this a show investigation? What is the end goal? If Nickelson responds, we will update the article at that time.