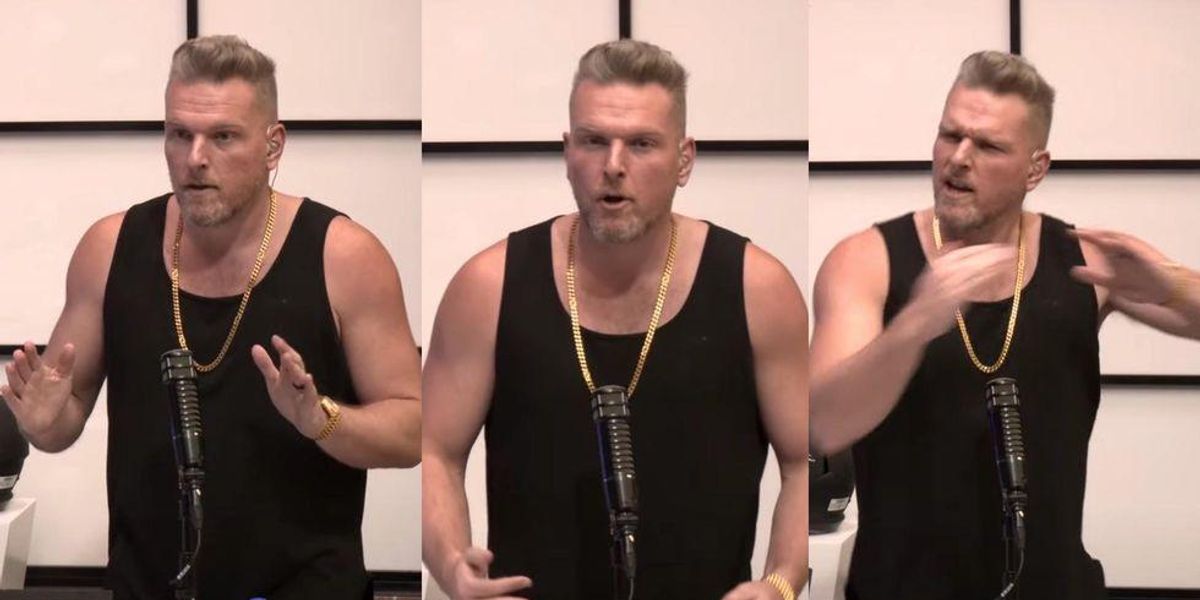 Former NFL player and popular sports commentator Pat McAfee unloaded on the NFL after being told he couldn’t use its logos despite paying millions for the service. He also threatened to pursue guests and stories damaging to the league in retaliation.

McAfee said that his show pays about $4 million for the use of air plays and highlights from games but that some “f***ing dips**t” lawyer decided that McAfee wasn’t allowed to use logos on his show’s graphics anymore.

“The professional American football league will finish its eighth week of its riveting primetime schedule as the Cincinnati football club travels to Cleveland to take on Cleveland’s football club and a lot of people might be asking, ‘Pat, on this particular Halloween, why are you talking the way that you’re talking about the league that you’ve talked about for the last three years?’” McAfee said.

“Well, the reason I’m doing so is because even though we currently have a rights deal with the NFL that costs millions and millions of dollars, we’ve been informed this morning that we are no longer allowed to use any of their logos on any of our graphics,” he explained.

McAfee then showed some makeshift graphics to mock the logo ban from the NFL and went on to say that his coverage on the NFL might take a turn after the development.

“It’s been great doing business with you. I’m happy we have covered your league in the way that we have for the last few years,” McAfee continued.

“I’m appreciative of the league and everything it’s done. I don’t think we’ve really touched on many subjects we could’ve dabbled into, and I think we’ll do that this offseason, for sure. Things I know a lot about, that my friends know a lot about, like insurance and CTE and concussions and everything like that,” he added, referring to chronic traumatic encephalopathy.

“Can’t wait to roll out our new style of covering the professional American football league,” he tweeted.

McAfee played for eight seasons with the Indianapolis Colts as a punter and was nominated to the Pro Football Hall of Fame in 2022.

Here’s the video of McAfee’s rant against the NFL:

[embedded content]
The NFL Is Trying To Slow Down The Pat McAfee Show, Says They Can’t Talk About Teams?!