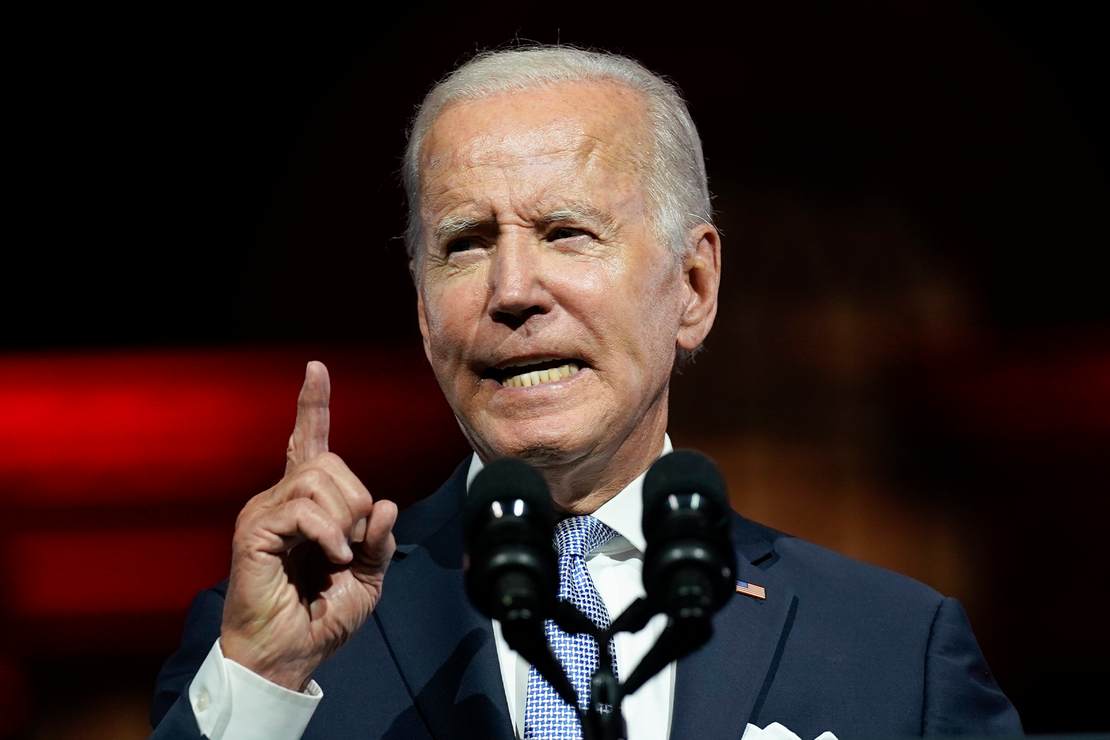 Joe Biden will give another speech warning of the threat to democracy on Wednesday night. He will give it at Union Station — the closest he could get to Capitol Hill without violating the law.

The message will not be subtle. Biden will remind voters what happened on January 6, 2021, and which party was responsible for the riot as well as the comical attempt to “overturn” the election.

But his message won’t be aimed at undecided voters — if there are any left. The message Biden will impart will be for the ears of his party’s most rabid and hysterical voters. They love hearing about the dastardly attack on democracy by Republicans — just like their grandparents were enthralled by tales of Watergate and Nixon’s malfeasance.

This will no doubt become part of the Democratic Party liturgy. Every election from now on, Democrats will dust off the videos and tell the blood-curdling tale about the day that a bunch of oath eaters and proud nutzos almost took over the country and installed Ronald Reagan — er…Donald Trump — as president again.

And every time they tell the tale, democracy will be saved in the nick of time — probably by the January 6 Committee, although the heroes will change as necessary.

But if you think about it, the problem with Biden giving another speech about Republicans wanting to kill democracy is that the very warning represents an effort to kill democracy by narrowing voters’ choices to one party. “If you don’t vote for Democrats, you lose your democracy” does not inspire confidence in voters that you want to “save democracy.” It tells them that Democrats are grasping for power.

When Democrats talk about “democracy,” they’re talking about the importance of institutions that ensure the voters get a say among multiple choices and the one they most prefer gets to rule. But they are also saying voters do not get to do that in this election. The message is that there is only one party contesting this election that is committed to democracy — the Democrats — and therefore only one real choice available. If voters reject Democrats’ agenda or their record on issues including inflation, crime, and immigration (or abortion, for that matter), they have no recourse at the ballot box — they simply must vote for Democrats anyway, at least until such time as the Republican Party is run by the likes of Liz Cheney and Adam Kinzinger.

This amounts to telling voters that they have already lost their democracy.

In recent years, voters in industrialized democracies have rejected traditional and elitist rule in favor of supporting Brexit, giving their votes to formerly “fringe” political parties and politicians like the AfD in Germany, National Rally in France, and the Brothers of Italy party that just saw its leader, Giorgia Meloni, sworn in as prime minister. And, of course, Donald Trump in the United States.

What those parties and people didn’t understand was that they had to broaden their base to win and govern. Democrats have already failed in that regard.

First of all, they have been insufficiently attentive to economic factors they now acknowledge are likely to drive this and future elections. Joe Biden knew that world events beyond his control could spike gasoline prices, yet his fear that voters might punish him for this did not give him pause when he pursued an agenda from day one that discouraged North American production of oil and gas, including pausing drilling leases and canceling the Keystone XL pipeline. He was blasé about the risk that the American Rescue Plan would overstimulate the economy and spur inflation, ignoring the warnings of mainstream Democratic economists like Larry Summers. He spent much of 2021 trying to get Congress to approve a multi-trillion dollar package of new social spending that would have been even more inflationary. He approved an extra-legal cancellation of hundreds of billions of dollars of student loan debt in a manner never contemplated by Congress (so much for democracy!). His party has coalesced around increasingly rigidly progressive positions and rhetoric on issues including abortion, sex and gender, and immigration, and Biden himself moved in a more extreme direction on abortion by rejecting the Hyde Amendment, which he had long supported — hardly an effort to broaden the coalition.

Claiming that the threat to democracy comes from one source and one direction only doesn’t jibe with the reality in which American voters live. Even if they’re concerned about “election deniers,” they know that Democrats have long been denying the results of elections, undermining the legitimacy of Republicans who clearly and fairly won. But Biden’s warning on Wednesday night will not be an effort to save democracy. It will be an effort to raise Democratic turnout to try and save a few congressional seats from the red tidal wave about to wash over them.