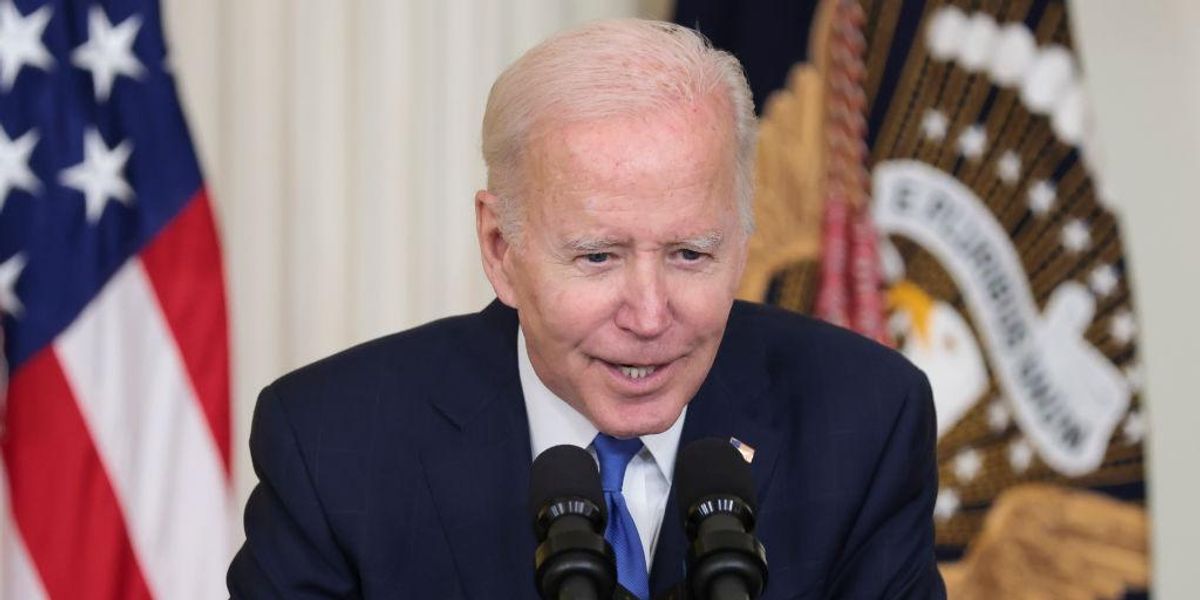 President Joe Biden is warning that U.S. democracy is on the line during the 2022 midterm election cycle.

“In our bones, we know democracy … is at risk,” Biden declared during a speech on Wednesday. He said that every individual has the ability to “preserve our democracy” and that he knows the nation will do so.

Democrats are striving to cling to control in both chambers of Congress when Americans head to the polls on Election Day next week — and some Americans have already cast their votes prior to Election Day. Biden, who is not on the ballot, has been facing dismal job approval numbers in polling for quite some time.

Biden pointed the finger toward former President Donald Trump, asserting that U.S. democracy is under assault “because the defeated former president” declined to accept the outcome of the 2020 presidential election.

The current president went on to claim that “extreme MAGA Republicans,” which he described as only a minority of the GOP but also as the “driving force” of the party, are seeking to “suppress the right of voters and subvert the electoral system itself.” Biden claimed that they have “emboldened violence and intimidation of voters and election officials.”

Biden opened his speech by discussing the recent assault perpetrated against House Speaker Nancy Pelosi’s husband Paul Pelosi. The suspect had reportedly asked, “Where is Nancy? Where is Nancy?” Biden said that people who stormed the U.S. Capitol used “the very same words” on January 6, 2021.

While Rep. Nancy Pelosi was not at home when the incident unfolded, the man charged in connection with the episode told authorities that he had intended to hold Nancy Pelosi hostage.

During an event in Florida on Tuesday, Biden sought to boost Democratic gubernatorial candidate Charlie Crist and U.S. Senate candidate Rep. Val Demings — Sunshine State Gov. Ron DeSantis, an incumbent Republican, joked that the move marked “an in-kind contribution” to his reelection bid and that his campaign would be willing to “underwrite” Biden’s sticking around until the end of the campaign cycle.

u201c.@RonDeSantisFL ud83dudd25 response to Biden campaigning for @charliecrist in Florida today:nu201cI think it’s an in-kind contribution to my campaign. I just want to make the offer public: we will underwrite him to stay in Florida for the rest of the campaign.u201d ud83dudc40ud83dudc40u201d

‘NOT FOR ME’: Univision’s Chevy Bolt Infomercial Spontaneously Combusts
Tom Hanks is selling coffee for a good cause
WashPost Editor: MSNBC Firing Tiffany Cross Shows Blacks Are ‘Still Disposable’
Parents say their baby ingested and overdosed on fentanyl left on the ground of family park in San Francisco
Is Trump Having a Kanye-like Meltdown?