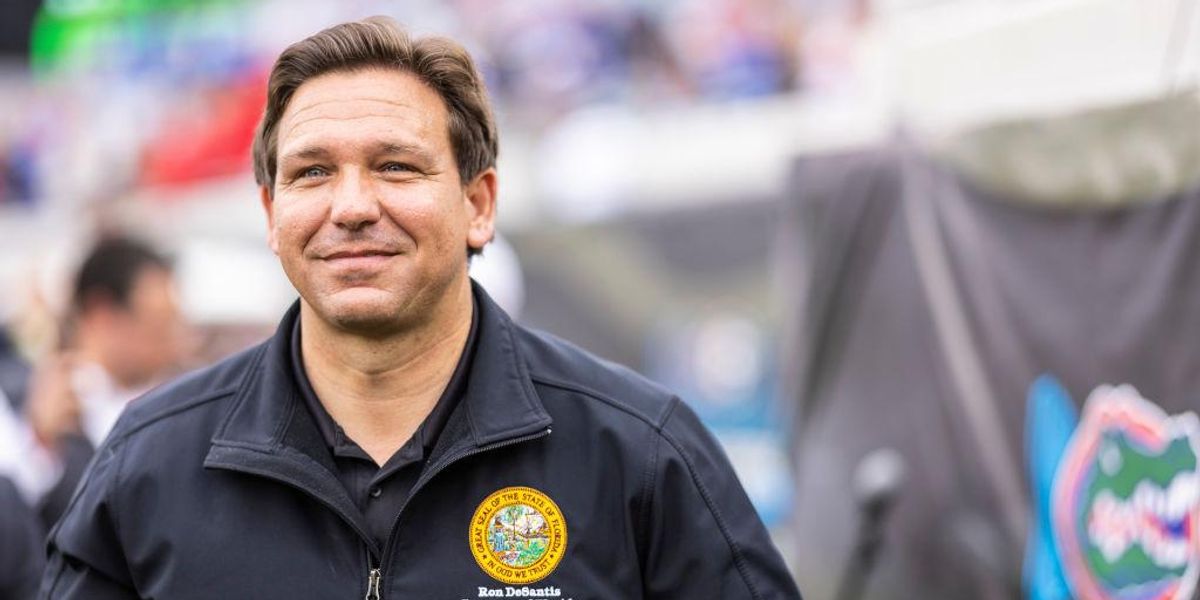 DeSantis also quipped that his campaign would be willing to “underwrite” Biden to remain in the state for the remainder of the campaign, saying that if the president wants to stick around, “it’ll be on our dime.”

u201c.@RonDeSantisFL ud83dudd25 response to Biden campaigning for @charliecrist in Florida today:nu201cI think it’s an in-kind contribution to my campaign. I just want to make the offer public: we will underwrite him to stay in Florida for the rest of the campaign.u201d ud83dudc40ud83dudc40u201d

Biden has been underwater in job approval polling for quite some time.

The Florida governor has become a popular figure on the political right who many view as a potential future GOP presidential contender. During a debate last month, Crist pressed DeSantis on whether he would serve for a full four-year term if he secures reelection as governor. DeSantis quipped that “the only worn out old donkey” he is seeking to “put out to pasture is Charlie Crist.”

Democrats are aiming to cling to control of the House and Senate during the election contests around the nation next week.

Crist previously served as Florida governor from early 2007 through early 2011 after being elected to the role as a Republican. Crist lost the 2010 U.S. Senate race to Republican Marco Rubio while running as an independent. He later lost the 2014 Florida governor’s race to incumbent Republican Gov. Rick Scott while running as a Democrat. Crist later served as a Democratic lawmaker in the U.S. House of Representatives but resigned from that job earlier this year as he focused on his gubernatorial run.

On the heels of his primary victory in August, Crist said that he did not want the votes of DeSantis supporters, and he accused the governor’s backers of harboring hate within their hearts.

JetBlue won’t hire unvaxxed because of safety concerns but hired felon to fly planes who was convicted of violent attack – investigators discovered knives, handcuffs, and a shovel in vehicle
Is Pepto-Bismol really a cure for covid? New clinical trial seeks answers
Senator John Kennedy Criticizes Biden’s Energy Policy As Only He Can (VIDEO)
Men In Thongs, ‘They/Them’ Stuffed Animals & The War On ‘Mom’ | Woke of the Weak
‘I NEVER thought I’d talk about this’: Was Glenn Beck’s CHILLING dream actually a WARNING?