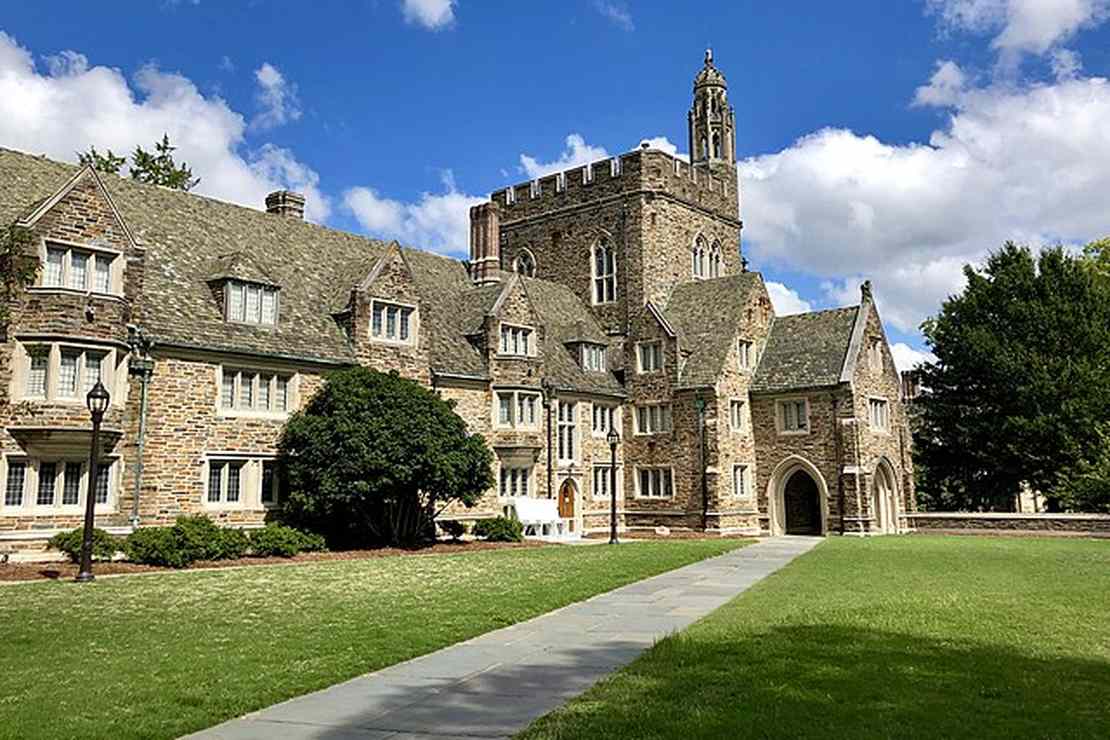 If you or someone you know is looking for the hottest jobs in teaching to mold the next generation of young minds, it would help to be extremely woke.

Because that’s exactly what all the best universities are looking for.

John Sailer, a fellow at the National Association of Scholars, wrote that “the hottest areas” in higher education are “faculty jobs that focus on race, gender, identity, and critical theory.”

Duke University, for example, is hiring two literature professors. I was hoping maybe there’s be one for Shakespeare and another for Chaucer, but no. According to Sailer, Duke’s “ideal fields include critical race and ethnic studies, gender and sexuality studies, decoloniality and post-colonial theory.”

Sailer noted that priority will be “given to candidates in Latinx studies.”

I’m so old I remember when academia’s job was to protect and nurture the civilization that hosted it. I’m feeling very old today.

My son’s high school offers a history class in …wait for it… rock’n’roll. As lame as that is, at least an hour spent each school day on Chuck Berry or the Rolling Stones instills an appreciation for Anglo-American culture. Or at least it should, if the teacher turns it up to 11.

But no. What Duke wants are people so saturated with self-loathing, directed outward, that they’ll teach “Latinx” studies to students who will never know how derisive actual Latinos find that term.

Colgate University needs an Assistant Professor of German. I took some German in school, although after all these years my Deutsch is limited to “Zwei Bier, bitte,” and “Wie viel kostet das Bier?”

German students at Colgate will learn a lot more than just separable verbs, however, because the school is “particularly interested in candidates with interests in environmental humanities, gender studies, art and aesthetics, or transnational/multiethnic and colonial/postcolonial cultures in German-speaking contexts.”

Oh, fer cryin’ out loud, as my grandfather used to say.

The same thing is going on at UC, Davis, with a local twist. Not satisfied with the Latinx label, they’re looking for someone to teach Chicanx/Latinx literature.

Sought-after specializations, according to Sailer, include “Indigenous literary and cultural studies,” “disability studies,” “gender and sexuality studies,” and “environmental humanities.”

Every single one of these positions is designed to do one thing: Generate class after graduating class of purple-haired, nose-ring wearers of indeterminate gender with a special hatred of the society wealthy enough to fritter itself away creating such useless creatures.

This is how we lose the culture wars.

Also for our VIPs: Are You Ready to Forgive and Forget for the Damage Done by COVID Lockdowns?

But not just the culture wars.

The most recent figures I could find (2017) show that Communist China is graduating more Science, Tech, Engineering, and Math (STEM) majors each year than the U.S. by a factor of eight to one. Taking China’s population advantage into account — approximately four times — they’re still producing STEM diplomas at twice our rate.

Those are the engineers who might design the next generation of weapons, reusable launch vehicles to rival SpaceX, and the social media successor to TikTok that will somehow deposit fentanyl directly into kids’ bloodstreams via satellite internet.

I don’t mean to doomsday, because China has its own set of problems, probably even closer to insurmountable than our own. After all, in this country, it’s still possible for conservatives to establish non-Woke institutions that will force our corrupted institutions to wither on the vine. That’s what the people behind Hillsdale College and it satellite K-12 schools have done, and we need more like them.

But if what you want is another generation of grievance-culture gripers who believe that teaching Shakespeare “colonizes” persons of color, then American education as we currently know it pretty much has the market cornered.

Buying the Presidency: George Soros Dumps Another $50,000,000 Ahead of 2024 Election
Newsmax’s Chris Salcedo Slams Media for Silence on Dem Anti-Semites
Video: Fugitive hiding under mattress opens fire on cops who were searching for him. It doesn’t end well for suspect.
Democrat Strategists Worry About a Spoiler Candidate in 2024
New Texas bill would ban social media for children over concerns about mental health