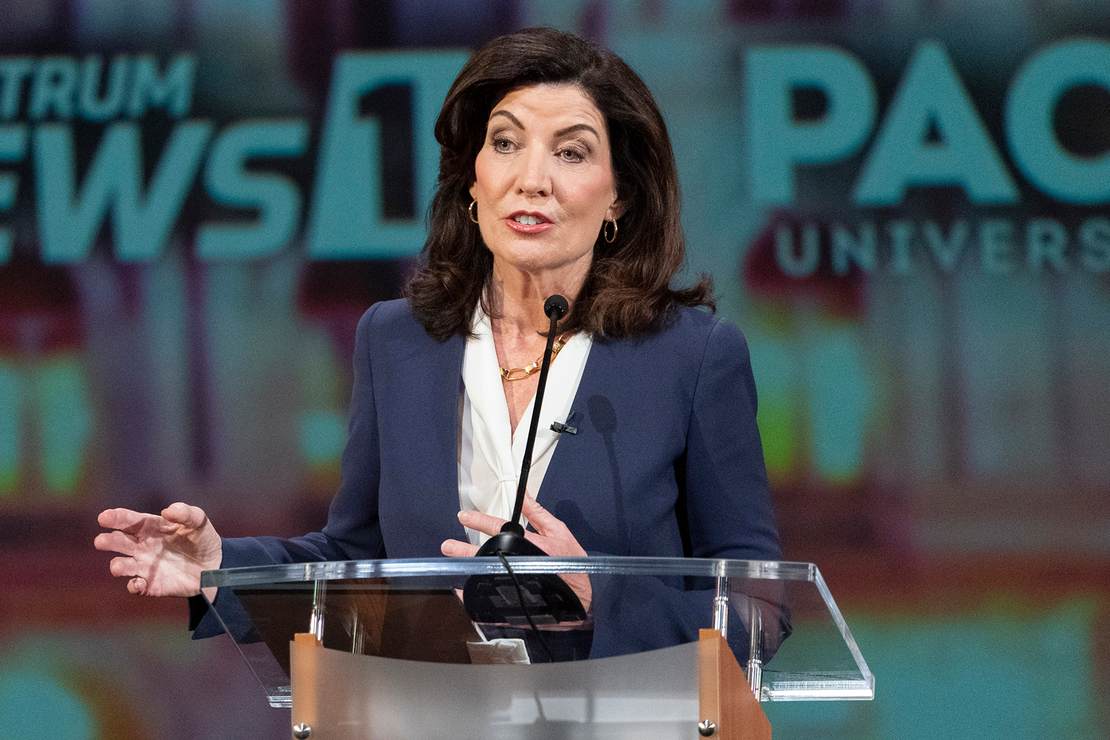 The Democrats will have some soul-searching to do after the midterm elections on Tuesday — and I’m not sure if they’ll even find the souls to search.

Historically speaking, midterm elections are bad for the party in power — and this year looks to be no different. But weeks ago most people generally believed that the GOP would win back the House and Democrats would probably hold the Senate. Now, various Senate races have become competitive, and RealClearPolitics is now projecting the GOP to net four seats. Even the New York gubernatorial race has become competitive.

How is this possible? The answer is simple: voters are putting their families before party loyalty. When it comes down to it, humans have the instinct to protect their families, and the Democratic Party, which is controlled by the radical left, has advocated for policies that do the exact opposite.

New York Governor Kathy Hochul should be cruising to victory next week. She had a double-digit lead in the polls for months, but recent polls have shown a tight race, and RealClearPolitics currently rates the race as a toss-up, which suggests that her Republican opponent, Rep. Lee Zeldin, could win the race. Zeldin has made Hochul’s record on crime a key issue of the campaign, and Hochul’s take on the issue has been rather awful.

Numerous New Yorkers no longer feel safe as a result of the out-of-control crime. This is an issue that affects everyone in the state. Even Zeldin has been personally impacted by it. During the course of this campaign, Zeldin was attacked on stage by a protestor, and there was a shooting outside his home, yet during Hochul’s debate with Zeldin, she bizarrely claimed she didn’t know why the issue of crime was so important. Despite her response being widely panned, she doubled down on her rhetoric, suggesting that rising crime is a Republican conspiracy theory.

“These are master manipulators. They have this conspiracy going all across America trying to convince people in Democratic states that they’re not as safe. Well, guess what? They’re also not only election deniers; they’re data deniers,” she told Rev. Al Sharpton on MSNBC this week.

But Hochul is singing a different tune now. On Wednesday, she finally admitted that crime is a legitimate problem in her state.

“I acknowledge there is a crime issue. It’s not new to me because it’s election time; I’ve been working on this throughout my entire time as governor,” she said on NY1’s Mornings On 1 before touting her alleged credentials on combating crime.

Related: NYC Jogger Raped by — You Guessed It — Another Career Criminal Who Should Have Been in Prison

Hochul’s flip-flop on crime is proof she knows she’s in real trouble, but it’s not going to work. Even though people are being assaulted, raped, and murdered by criminals who are out on no bail for other crimes, she still embraces the cashless bail system that passed in New York in 2019. Does anyone really believe she actually takes the issue of crime seriously? No, she’s only saying what she needs to say to counter Zeldin’s attacks — which are working. It’s hard to believe that she can look at the data and see that everywhere cash bail has been eliminated has seen spikes in crime. Does she not have the same instinct to protect her family from harm that most Americans do?

The same thing is happening in Pennsylvania, where Lt. Gov. John Fetterman’s weak-on-crime positions have contributed to Republican Dr. Mehmet Oz taking the lead in the RealClearPolitics average for the first time during this campaign. We don’t know what will happen in these races yet, but Democrats nationwide are seeing their once-formidable leads vanish because, in the end, it doesn’t matter what party people belong to, the desire to protect your family trumps party loyalty.

Democrats’ policies protect criminals, not your family. And after Tuesday, the Democratic Party is going to have to decide if protecting criminals was really the hill worth dying on.

Megyn Kelly, John Stossel Take on Liberal Media Bias, Envy, and Hatred
Rock star Morrissey rips into cancel culture, says ‘diversity’ is used to enforce conformity
‘Reckless driver’ crashes truck into two cars at a Walmart. Police said it was a dog with a ‘guilty look’ on its face.
Florida doctor accused of raping patients during cosmetic operations found dead in a ditch with a gunshot wound to his head
Ron DeSantis has a new book coming out in early 2023