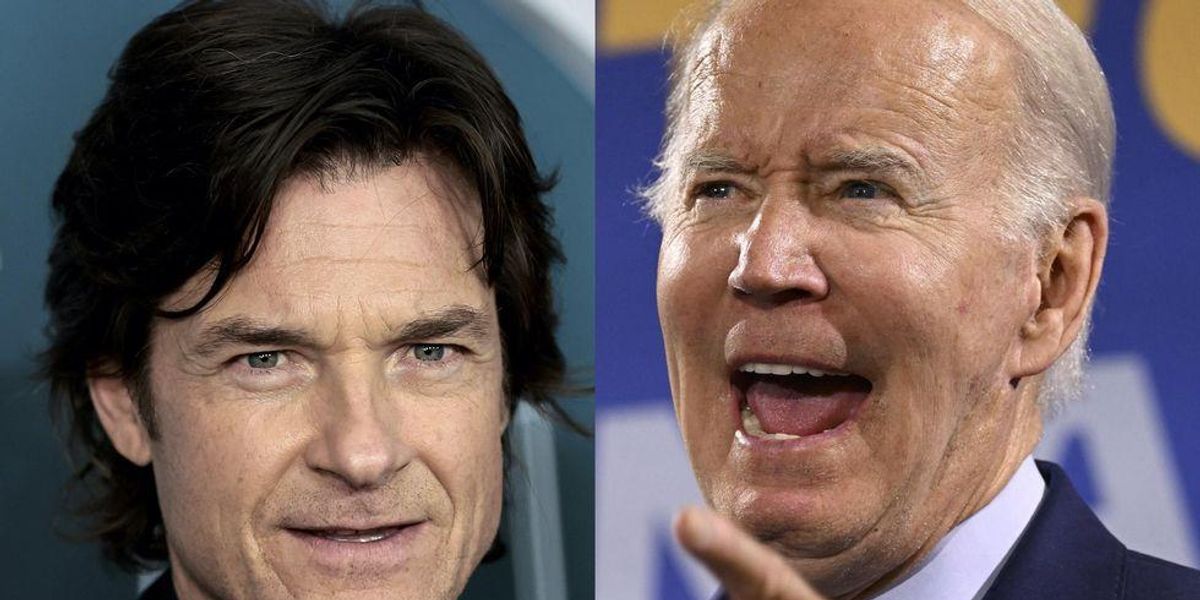 Bateman made the suggestion while recording his “Smartless” podcast with the president.

“With the midterms on our doorstep. Okay. Two thirds of the seats that are up for grabs and the midterms are trending to be won by admitted election deniers. And then that means that elections and consequently, democracy as a form of government will most likely be done away with or could be seriously threatened,” Bateman breathlessly said.

“This is what they’re saying that their plan is once elected. So doesn’t that current real forecast, even declaration, justify some kind of emergency alert that asks for maximum attention and participation from every single voter in America?” he asked.

He went on to clarify that he didn’t want the president to ask Americans to vote either way but only to alarm them with the warning that democracy was under threat.

“Could I ask you to commit to consider over the next few days using your unique power as president to utilize the emergency alert system?” Bateman asked and said it was an “existential threat.”

The actor’s co-hosts said it was a great suggestion before Biden was given a chance to respond.

Biden agreed that the threat was very serious, but he would not commit to the bizarre demand from Bateman.

“But vote, vote, vote,” he added. “I end all my speeches, everything I talk about. Yes. For me to do what you’re suggesting, I imagine it would end up being a gigantic fight. Whether I was using an emergency system designed to quote lives for political purposes.”

Democrats have begun to panic in the last weeks before the midterm elections as more polling appears to show their greatest fear coming to fruition: a red wave of Republican victories.