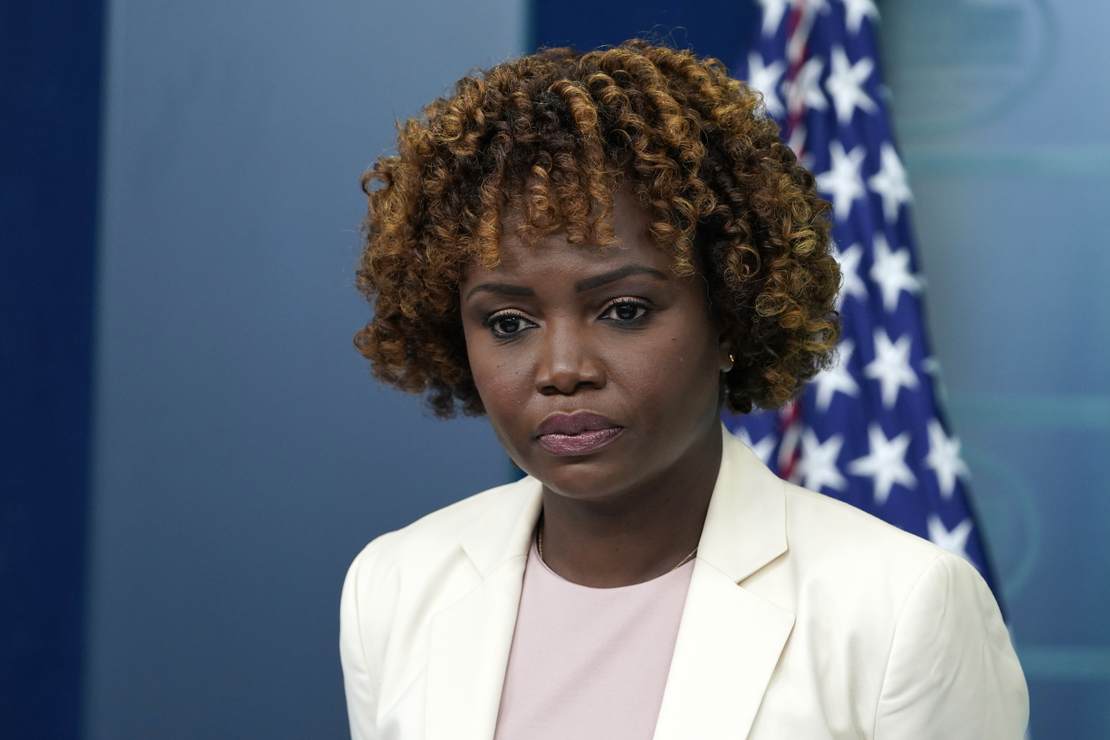 For months now, Joe Biden has been pushing the narrative that MAGA Republicans are a “threat to democracy” and has implied that the only way to save “our democracy” is to vote Democrat in the midterms.

Fox News White House correspondent Peter Doocy sought clarification on this on Wednesday by asking White House Press Secretary Karine Jean-Pierre if the administration believes that voting Republican is a “threat to democracy.”

This is already not Jean-Pierre’s best subject, as she is an election denier herself.

“Following up on your comment that there is an alarming number of Republicans who are saying they’re not gonna accept election results, does that mean that President Biden thinks it is a threat to democracy if somebody votes Republican?” Doocy asked.

“No, that’s a ridiculous question, no,” Jean-Pierre said.

“Why is that a ridiculous question?” he asked.

“Because the American people should have their right to vote for whomever they want. Voting is a sacred right; it is something that the president wants to protect at every turn, and he has done that. He has taken actions to protect the right to vote, and you see Democrats in Congress also doing the work to protect the right to vote,” Jean-Pierre replied. “We are talking about mega-MAGA Republican officials who have been very clear about this, who say they are pro-police but then are also pro-insurrectionist. You cannot be pro-police and pro-insurrectionist. Who also say they want to defund the FBI. That is a problem. That is a problem that we are seeing. And who — I’ve said, have been very clear that they have — they have been very clear about pushing and pedaling the Big Lie, pedaling dangerous conspiracy theory.”

And here’s where it got hilarious. Doocy asked Jean-Pierre if Biden would call out those on the right and left who have denied results, and Jean-Pierre stumbled in her response.

Of course, the question wasn’t about political violence, and, for what it’s worth, Biden has not consistently condemned left-wing political violence. In fact, he called the BLM riots in 2020 “understandable.” Last year, when a man committed killed a Capitol police officer at a security checkpoint on the U.S. Capitol grounds, Biden also failed to condemn the attacker, who was a black Muslim and didn’t fit the preferred narrative. Then, of course, the White House defended the public harassment of Brett Kavanaugh, and Biden also called the harassment of Sens. Kirsten Sinema and Joe Manchin “part of the process.”

Doocy didn’t challenge her on those points but did ask if Joe Biden thinks democracy can survive if Democrats are not in charge of Congress, and Jean-Pierre deflected and filibustered before moving on to another reporter.

Jean-Pierre’s predecessor, Jen Psaki, wasn’t any good at responding to Doocy’s questioning either, but frankly, this is getting embarrassing.