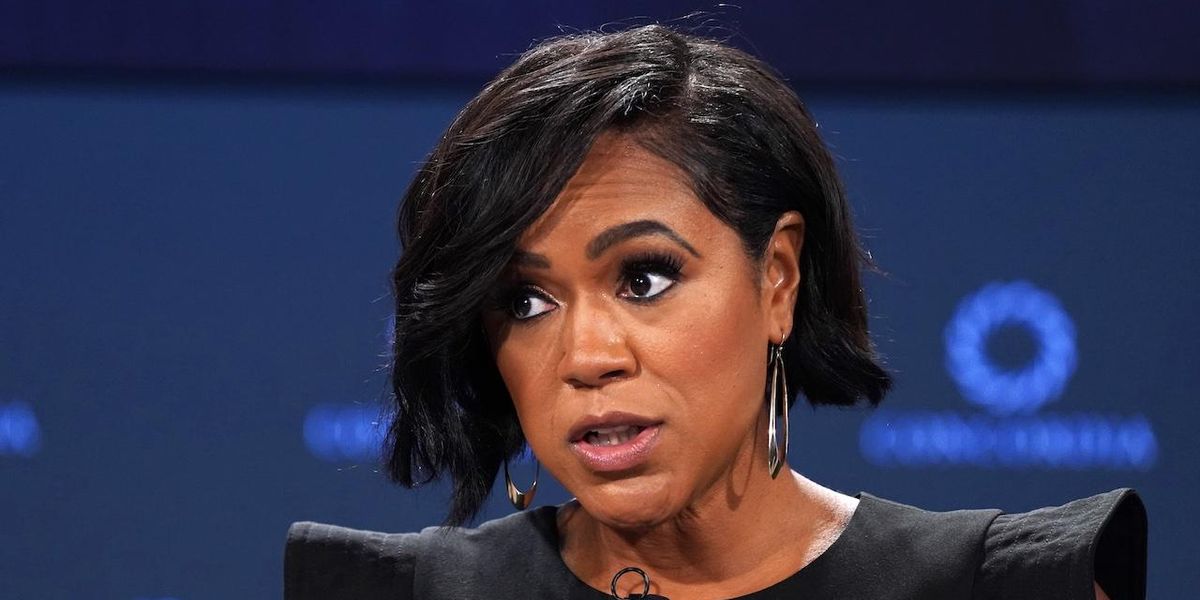 One of MSNBC’s legion of leftist hosts — Tiffany Cross — reportedly has been shown the door at the cable network.

Cross — a controversial figure who hosted the weekend program “The Cross Connection” — was let go because executives had had it with her poor overall judgment, a source close to the situation told Fox News.

“Repeated bad behavior on and off-air. Bad judgment,” the source divulged to Fox News in regard to the reason Cross was canned.

MSNBC decided not to renew Cross’ contract after two years and then quickly got rid of her, Fox News said, adding that the move was described internally as a programming decision; Cross’ staff were told Friday and will stay put and work on whatever is to be placed in “The Cross Connection’s” time slot.

Cross will be replaced by rotating guest anchors until a permanent replacement is named, the cable network noted.

After her exit from MSNBC became public, Cross began retweeting supportive messages from her fans — and many of them were critical of MSNBC, Fox News said, adding that MSNBC declined to comment.

Justice ‘Pubic Hair on My Coke Can’

She once said there’s already a “civil war” raging in the United States, urged liberals to “pick up a weapon” in the fight for democracy, and
called Supreme Court Justice Clarence Thomas “Justice Pubic Hair on My Coke Can,” Fox News said.

Cross also ripped U.S. Sen. Tim Scott (R-S.C.) as a “token” and suggested Harriet Tubman — who helped rescue slaves on the Underground Railroad — would have left Scott behind. She also has said she’d be willing to carry out the “the most radical” of solutions to fix what she sees as police brutality and racist criminal justice, which is to “burn it down.”

Fox News said Cross in August went against a left-wing media talking point that the economy was doing better, declaring that it “ain’t doing better for us,” which is to say minority communities.

In addition, she also referred to Justice Thomas as “Tom,” which was an apparent “Uncle Tom” reference, Fox News said.

Parents say their baby ingested and overdosed on fentanyl left on the ground of family park in San Francisco
After seventh child dies in UK from strep throat complications, experts warn parents to be on the lookout for serious complications
Canadian retailer Simons glamorizes assisted suicide in new ad campaign, calls it “the most beautiful exit”
Gov. Greg Abbott bans use of TikTok on Texas gov’t issued devices over communist Chinese surveillance concerns
Is Trump Having a Kanye-like Meltdown?