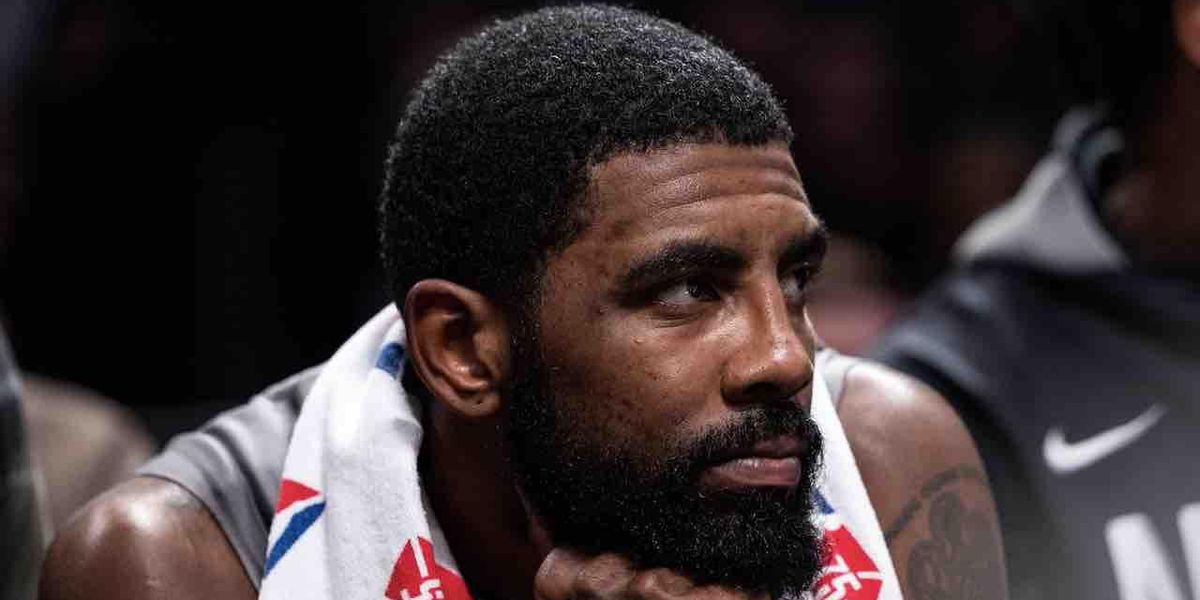 Superstar NBA player Kyrie Irving was suspended for at least five games without pay Thursday by his team, the Brooklyn Nets, for failure to “unequivocally say he has no antisemitic beliefs,” ESPN reported.

Irving posted a tweet last week that linked to the Amazon page of a movie titled “Hebrews to Negroes: Wake Up Black America,” which is based on a 2015 book by the same name, the sports network reported in an earlier story.

On Saturday night after a loss to the Indiana Pacers, Irving was asked why his tweet is still active.

“I’m not here to argue over a person or a culture or a religion and what they believe,” Irving said, according to ESPN. “Nah, this is what’s here. It’s on a public platform. Did I do anything illegal? Did I hurt anybody? Did I harm anybody? Am I going out and saying that I hate one specific group of people? … So I’m not going to stand down on anything that I believe in. I’m only going to get stronger, because I’m not alone. I have a whole army around me.”

On Thursday of this week, Irving refused to apologize during a post-practice media session, the sports network reported, and said only that he meant no harm. Irving said some things in the movie are untrue, “but he didn’t say he shouldn’t have posted a link to it,” ESPN wrote.

“I’m not the one who made the documentary,” Irving said, according to the sports network.

ESPN added that Irving “didn’t say no” when he was asked if he holds anti-Semitic beliefs.

“I cannot be anti-Semitic if I know where I come from,” he said, according to the sports network.

Anti-Defamation League CEO Jonathan Greenblatt reacted by writing that “the answer to the question ‘Do you have any antisemitic beliefs’ is always ‘NO’ without equivocation. We took @KyrieIrving at his word when he said he took responsibility, but today he did not make good on that promise. Kyrie clearly has a lot of work to do,” ESPN said.

The sports network added that during the press conference Irving “quickly grew defensive” and asked reporters “why they weren’t asking questions about the history of black people in America, saying 300 million of his ancestors are buried in the country.”

“I’m just proud of my heritage and what we’ve been through, and the fact that this has pinned me against the Jewish community and I’m here answering questions of whether or not I’m sorry or not about something I didn’t create and was something I shared, and I’m telling everybody I’m taking responsibility, then that’s where I sit,” Irving said, according to ESPN.

Irving also was asked specifically about his beliefs regarding the Holocaust, the sports network said.

“Those falsehoods are unfortunate,” he replied in reference to the movie, ESPN said. “And it’s not that I don’t believe in the Holocaust. I never said that. Never, ever have said it. It’s not come out of my mouth. I never tweeted it. I never liked anything like it. So the Holocaust in itself is an event that means something to a large group of people that suffered something that could have been avoided.”

[embedded content]
Kyrie Irving: I can dismiss any label you put on me | SportsCenter

After Irving’s Thursday press conference, the Nets suspended him.

“We were dismayed today, when given an opportunity in a media session, that Kyrie refused to unequivocally say he has no antisemitic beliefs, nor acknowledge specific hateful material in the film. This was not the first time he had the opportunity — but failed — to clarify,” the Nets said in a statement, according to ESPN. “Such failure to disavow antisemitism when given a clear opportunity to do so is deeply disturbing, is against the values of our organization, and constitutes conduct detrimental to the team. Accordingly, we are of the view that he is currently unfit to be associated with the Brooklyn Nets.”

The Nets said Irving’s suspension would last “until he satisfies a series of objective remedial measures that address the harmful impact of his conduct,” the sports network said. The Nets’ statement said the organization “made repeated attempts to work with Kyrie Irving to help him understand the harm and danger of his words and actions”

Despite Irving and the Nets announcing Wednesday that each, in conjunction with the ADL, would donate $500,000 to anti-hate causes, ESPN reported that following Irving’s suspension, Greenblatt tweeted that “we were optimistic but after watching the debacle of a press conference, it’s clear that Kyrie feels no accountability for his actions. @ADL cannot in good conscience accept his donation.”

About four hours after his suspension, the sports network said Irving issued an apology on Instagram: “To all Jewish families and communities that are hurt and affected from my post, I am deeply sorry to have caused you pain, and I apologize. I initially reacted out of emotion to being unjustly labeled anti-Semitic, instead of focusing on the healing process of my Jewish brothers and sisters that were hurt from the hateful remarks made in the documentary. I want to clarify any confusion on where I stand fighting against anti-Semitism by apologizing for posting the documentary without context and a factual explanation outlining the specific beliefs in the documentary I agreed with and disagreed with. I had no intentions to disrespect any Jewish cultural history regarding the Holocaust or perpetuate any hate. I am learning from this unfortunate event and hope we can find understanding between us all.”

Irving also said the movie “contained some false anti-Semitic statements, narratives, and language that were untrue and offensive to the Jewish race/religion, and I take full accountability and responsibly for my actions,” ESPN said.

Irving was embroiled in controversy last season, too, when he was barred from Nets home games for not receiving the COVID-19 shot in defiance of New York City’s vaccine mandate. Yet Irving still was allowed to enter the Nets’ arena as a spectator and sit courtside, which only exacerbated the bad optics.

Alyssa Milano says she returned her Tesla because Elon Musk could have solved world hunger with the money he used to buy Twitter
NYT Repelled by New ‘Deeply Conservative’ Congress ‘Bedevil[ing]’ Poor Biden
California city will send all adult residents, including non-US citizens, $100 in taxpayer funds to donate to political candidates
Shoppers Spent Record $9.12 Billion Online on Black Friday, Amid Growing Inflation
America running out of key antibiotics and respiratory drugs for children amid “tripledemic”