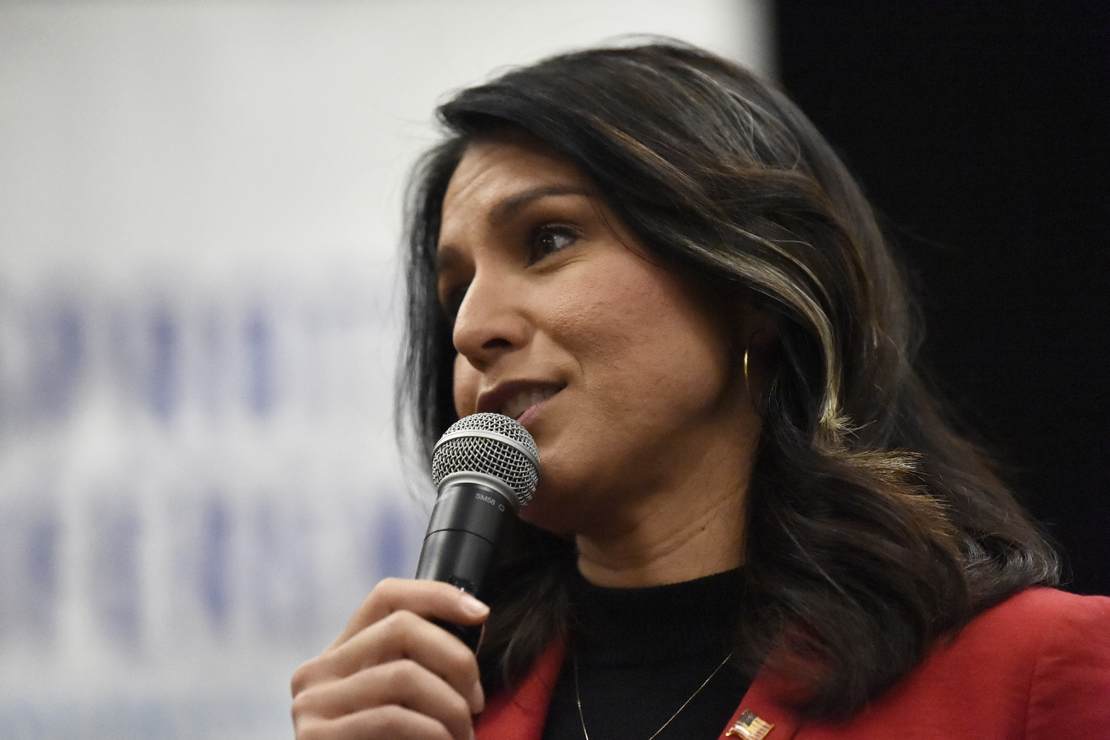 Last month, Tulsi Gabbard announced she was leaving the Democratic Party. In her announcement, she said her former party was being run by “an elitist cabal of warmongers driven by cowardly wokeness.” She has continued to savagely call them out ever since.

It wasn’t the most shocking announcement in the world. Gabbard, unlike the majority of her party, had been publicly criticizing the Biden administration and speaking out against the brainwashing of young people with transgender propaganda. Nevertheless, it’s been awesome to see Gabbard stick it to her former party.

Such sanity from a Democrat was unusual, so in the wake of her announcement, many were wondering if this former Democrat congresswoman and presidential candidate might become a Republican.

For starters, despite her recent positions, she has a lifetime ranking from the American Conservative Union of just 7.63%, which would make her a diehard liberal, not even a moderate. Is it possible she’s evolved really quickly since leaving Congress? Perhaps. The Democratic Party has definitely becoming increasingly extreme, but that doesn’t mean she would feel at home in the Republican Party.

“Just because Gabbard rightly thinks that the Dems have lost it doesn’t mean she’s looking at the Republican Party as her new home,” my PJ Media colleague Stephen Kruiser noted last month. “If you have been paying attention to her for the past two years, you get the vibe that Gabbard isn’t looking for a pack to run with.”

Maybe not, but I have some questions.

Had Tulsi Gabbard simply left the Democratic Party and focused her energies on calling the party out for its radicalism, that would have made perfect sense—and I’d have been happy with that. But she hasn’t done that–to my delight, she’s done so much more. Since leaving the Democratic Party last month, Gabbard has endorsed several Republicans in key Senate races, including Adam Laxalt in Nevada and J.D. Vance in Ohio. This week, she added Blake Masters (R-Ariz.), who’s running for the U.S. Senate in Arizona in a tight race to oust incumbent Democrat Mark Kelly.

“I’ve met a lot of politicians who say the right things, but then they cower in fear and vote the way they’re told in Washington. Now Mark Kelly is one of those politicians. He may tell you he’s an independent thinker, but in reality he’s just a rubber stamp for Joe Biden and Chuck Schumer. Blake Masters is the real deal,” Gabbard said in a video posted to Twitter. “For too long the political establishment has been deeply broken, both the left and the right sides. We need new leadership, new energy in the Senate to tackle the threats our country faces,” she added. Gabbard is also reportedly going to campaign with Herschel Walker in Georgia on Friday.

Gabbard has also endorsed a number of Republican gubernatorial candidates, including Kristi Noem (R-S.D.) and MAGA firebrand Kari Lake. She even called Lake “a leader who puts people first, is fighting for border security, energy independence, public safety, and other policies that actually make life better and more affordable for the American people.”

It wasn’t all that long ago that Gabbard was a Democrat—and a former Democrat candidate for president. Now she’s on an endorsement spree of Republicans in key competitive races, which may very well make the difference as her support could help sway moderate Democrats and more independent voters to vote Republican.

I honestly have no idea what to make of Tulsi Gabbard’s transition from a liberal member of Congress to a serial endorser of Republican candidates–but I’m not complaining either.