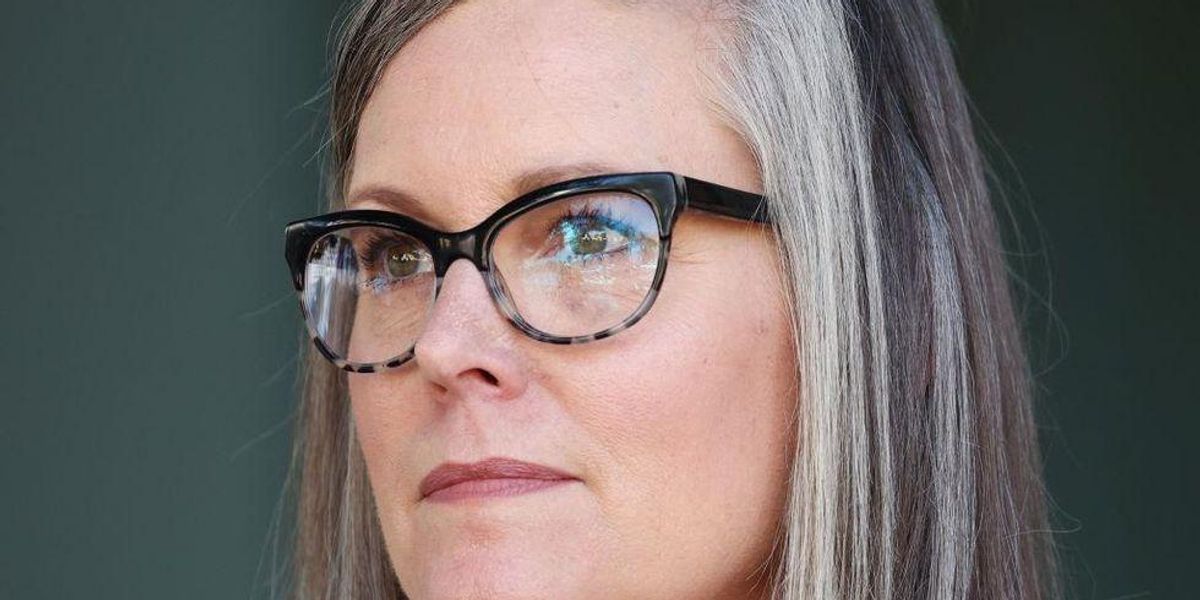 The husband of Arizona Democratic gubernatorial candidate, Katie Hobbs, is a member of a “gender support program” at a Phoenix hospital and once treated a transgender youth patient who was just 10 years old, an explosive new report claims.

Hobbs’ husband, Patrick Goodman, is a child therapist at Phoenix Children’s Hospital and a licensed professional counselor affiliated with PCH’s “Gender Support Program.” PHC claims to be “committed to excellent gender-affirming clinical care for youth and their families.” It also boasts that it is “the only children’s healthcare system in Arizona with a comprehensive Gender Support Program made up of recognized experts” — experts such as Goodman.

Goodman is even listed on an undated flyer promoting the PHC Gender Support Program. Among other gender “services,” the program offers “[c]onsultation for the use of medications to suppress puberty” and “[r]eadiness evaluations for puberty suppression and cross-sex hormonal therapy” for youth progressing “through their gender identity development.”

In the lawsuit dated Nov. 4, 2020, one of the plaintiffs is described as a 10-year-old boy who claimed to be a girl, beginning when he was just “two-and-a-half years old.” The boy, identified only as Jane Doe, has elsewhere been linked to Goodman. A court document associated with the lawsuit and dated Nov. 9, 2020, identified Goodman as “Jane Doe’s mental health provider” and claimed that Goodman was “expected to testify regarding Jane’s health and well-being absent injunctive relief.”

According to the Daily Wire, the case remains open, and a court has “approved the plaintiffs’ request to compel information from the state on several questions after the plaintiffs filed a new complaint.” It is unclear whether Goodman ever testified in the case.

Hobbs’ Republican opponent, Kari Lake, shared the Daily Wire story on Twitter, calling it a “bombshell” and alleging that Goodman “profits off … minors who want to transition.”

u201cud83dudca3 BOMBSHELL ud83dudca3nn@KatieHobbs is an avid supporter of gender reassignment surgery on children in Arizona.nnNow we know why: Her husband profits off it as a therapist “treating” minors who want to transition.nnHorrific.nnhttps://t.co/NKJOqTt6y0u201d

Hobbs, who is the current secretary of state of Arizona, has adamantly supported transgender treatment for minors. In March, she excoriated current Governor Doug Ducey (R) for banning trans surgery for minors, “on the eve of International Day of Transgender Visibility,” no less.

“My heart goes out to the entire LGBTQ+ community, especially our youth, who are being targeted and discriminated against by their own government, and being denied their freedom of identity,” a statement from Hobbs read. “This week, Governor Ducey and the Republican legislature took an ax to civil rights in Arizona. They’ve stripped women of the freedom to choose, imposed new barriers to voting, and now they’re denying trans Arizonans the freedom to be their authentic selves. These laws will have long-lasting and devastating effects on trans people, their families, and their communities.”

The RealClearPolitics polling average currently lists Lake with a small lead — just under two points — heading into the midterm election on Tuesday.

NYC Democrat DA under fire for downgrading 52% of felony cases to misdemeanors
It Is Time to End the COVID-19 Vaccine Mandates
Chinese communist official blames US fentanyl and coronavirus deaths on ‘freedom’ and gets scorched by backlash
Fairfax County Schools To Use ‘Assigned Females/Males’ in Sex Ed
Thug allegedly tosses Molotov cocktail at cops — who tackle suspect, use baton strikes and ‘pain-compliance techniques’ when he resists arrest