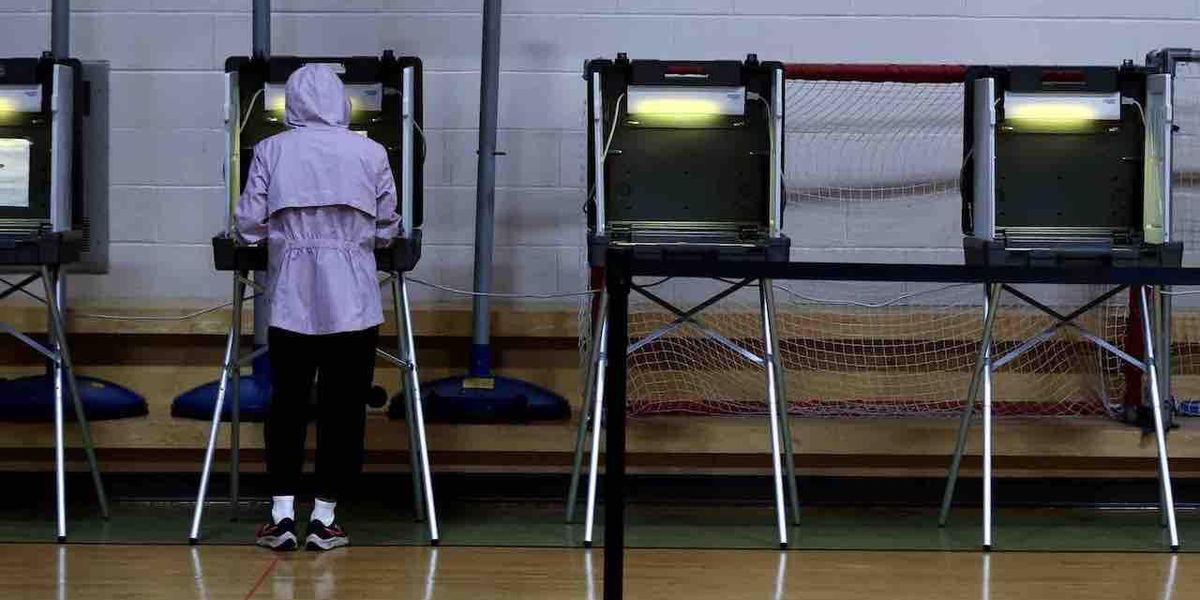 The accused reportedly was ejected from a polling place in Carmel, Indiana, where last week’s incidents took place; the polling place is under the auspices of the Hamilton County Election Office, the cable network said.

Hamilton County Election Administrator Beth Sheller declined to confirm the poll worker’s identity to Fox News, but she described to the cable network the contents of a report from a polling place inspector.

The first incident involved the poll worker in question urging two black voters who entered the polling station to not vote for pro-parent school board candidates, arguing that activists outside advocating for those candidates are “racist,” Fox News said.

The voters then cast their ballots and told the activists outside what the poll worker had told them, the cable network said. Among the activists was a campaign worker for one of the candidates, Fox News said, adding that the issue was soon raised with poll workers inside the polling place.

The polling place inspector then learned that the poll worker in question was assisting a voter with an electronic ballot and pressed the “straight Democrat ticket” option during the explanation, the cable network said. With that the voter was confused about how to change the selection and raised the issue with another nearby poll worker, Fox News said. That worker had the voter cast a legitimate ballot and then told the polling inspector what happened, Sheller told Fox News.

The cable network said Sheller and the polling inspector had the poll worker in question removed from the polling place, and Sheller added Friday the worker wouldn’t be allowed back to the polling station on Election Day.

Sheller told Fox News she’s confident the two incidents are isolated, and poll workers would have been notified of other questionable incidents.

Still, Hamilton County GOP Chairman Mario Massillamany said the incidents raise questions about how many voters had been confused after receiving help from the poll worker in question but didn’t complain to other polling place workers, Fox News said.

Massillamany condemned the incident in a Saturday statement, the cable network said: “This should serve as a cautionary reminder that those desperate to hold onto power or gain power will do anything — including breaking the law — to thwart the efforts of parents and taxpayers to replace our school boards with officials who more accurately reflect the values of our community.”

He added that “if you see something suspicious, please report such activity immediately to a poll worker or other election official immediately,” Fox News reported.

The poll worker reportedly is being investigated by the Hamilton County Sheriff’s Office, and Sheller says she hopes to see the worker prosecuted, the cable network said.

How Can Dems ‘Stop This’? MSNBC Freaks Over Pending GOP Investigations & Committee Purges
Elon Musk says he would back Ron DeSantis for president in 2024
Uvalde Shooting Victim’s Mother Sues Police, School District and Gun Manufacturer
JetBlue won’t hire unvaxxed because of safety concerns but hired felon to fly planes who was convicted of violent attack – investigators discovered knives, handcuffs, and a shovel in vehicle
MSNBC’s Joy Reid Lashes Out At GOP, Lies About Holocaust Book Bans