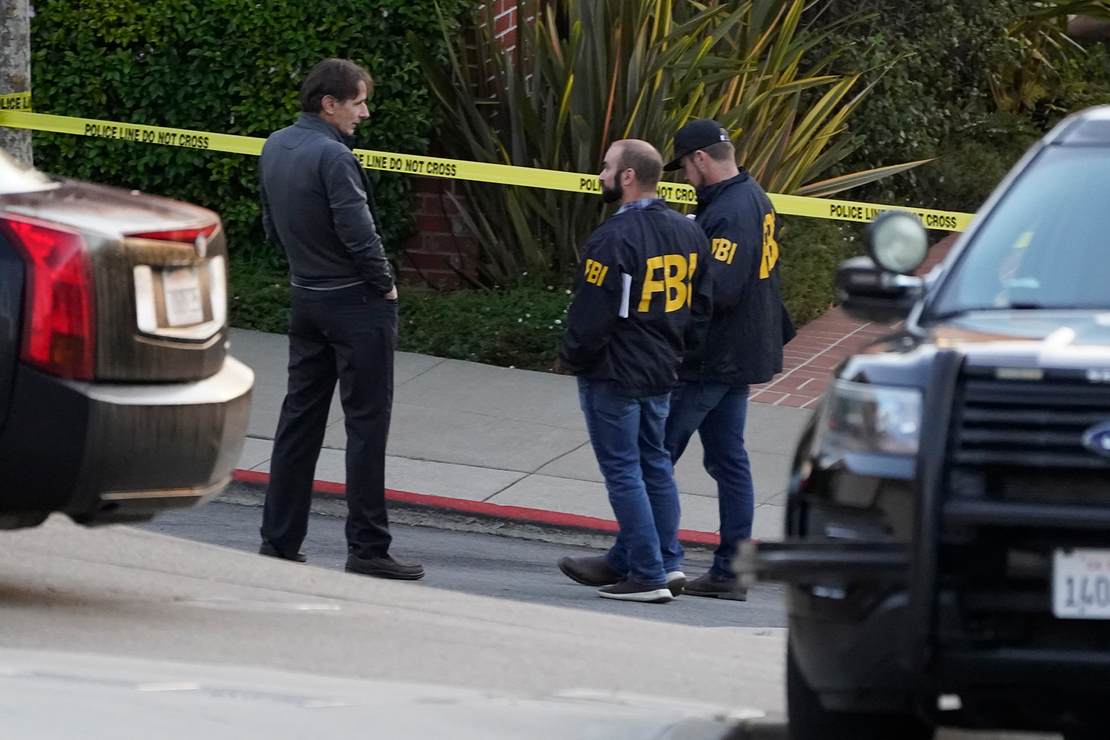 On Friday, NBC News aired a report on The Today Show by national correspondent Miguel Almaguer that gave details about the attack on Speaker of the House Rep. Nancy Pelosi’s husband Paul.

“Officers responded to the ‘high priority call,’ they were seemingly unaware they’ve been called to the home of the Speaker of the House,” Almaguer told viewers. “After a ‘knock and announce,’ the front door was opened by Mr. Pelosi. The 82-year-old did not immediately declare an emergency or [try] to leave his home but instead began walking several feet back into the foyer toward the assailant and away from police. It’s unclear if the 82-year-old was already injured or what his mental state was, say sources.”

What’s clear is that his head wasn’t bleeding and he wasn’t lying in a pool of his own blood, as Almaguer claims court documents revealed. But apparently, a short time later, he was.

“According to court documents, when the officer asked what was going on, the defendant smiled and said ‘everything’s good’ but instantaneously a struggle ensued as police clearly saw David DePape strike Paul Pelosi in the head with a hammer,” Almaguer continued. “After tackling the suspect, officers rushed to Mr. Pelosi, who was lying in a pool of blood.”

What the hell happened? According to Almaguer, the officers are at the door and Pelosi silently retreats. Officers ask David DePape what was happening, at which point DePape smiles and “instantaneously” starts struggling with Pelosi.

What were the cops doing when this attack was happening? Eating donuts? Why didn’t they immediately arrest the man with the hammer?

They were close enough to ask DePape what was happening but they failed to take the hammer out of the hands of an intruder. No wonder NBC pulled this story.

Perhaps most curious of all, Almaguer reported that Pelosi was with DePape in his house for 30 minutes before police showed up. The 911 call has not been released nor has any bodycam footage from the officers.

Miguel Almaguer is an award-winning reporter who’s been in the business for more than 20 years. It’s unlikely he could have gotten the facts mixed up or wrong. The NBC story was presumably edited and fact-checked. And the story involved the husband of the person second in line for the presidency at a time when the network was sounding the alarm on political violence.

NBC’s statement retracting the story was decidedly unhelpful. An editor’s note posted to the NBC website said simply, “This piece has been removed from publication because it did not meet NBC News reporting standards.”

So why is Almaguer still working at NBC if he failed to maintain NBC’s “reporting standards”? Did he just make stuff up? Are all those details reported in the story not up to “NBC’s reporting standards” or just some of them? Which ones?

This is an important case for a variety of reasons, not the least of which is that Democrats are using the attack on Paul Pelosi as a cautionary tale for voters about supposedly violent MAGA supporters. How anyone can seriously connect a raving lunatic wielding a hammer with any political ideology is absurd. Democrats are trying too hard, and a full, open, and truthful explanation by authorities would go a long way toward tamping down some of the nuttier conspiracy theories as well as giving people confidence that nothing is being covered up.

As for the media, this was an attack on the family of a high-ranking official of the United States government, and if that doesn’t mandate transparency and an accounting of why this report was squelched, nothing does. NBC should immediately come clean and explain why Mr. Almaguer’s work was deleted.

​Dwayne ‘the Rock’ Johnson admits he stole Snickers from 7-Eleven daily at age 14, says he went and bought all the Snickers ‘to right this wrong’
Despite Apple Withholding MAGA Rapper’s Latest Album, Bryson Gray Continues To Fight For Free Speech
Resident Shoots and Kills 1 Suspected Intruder and Wounds 3 Others During Home Invasion
Aggravated Trump lashes out after controversial dinner with controversial figure Nick Fuentes who came with Kanye West
Masked robbers face no resistance, easily steal $35,000 in products from crowded Apple Store. One crook reportedly threatened violence against anyone trying to stop them.