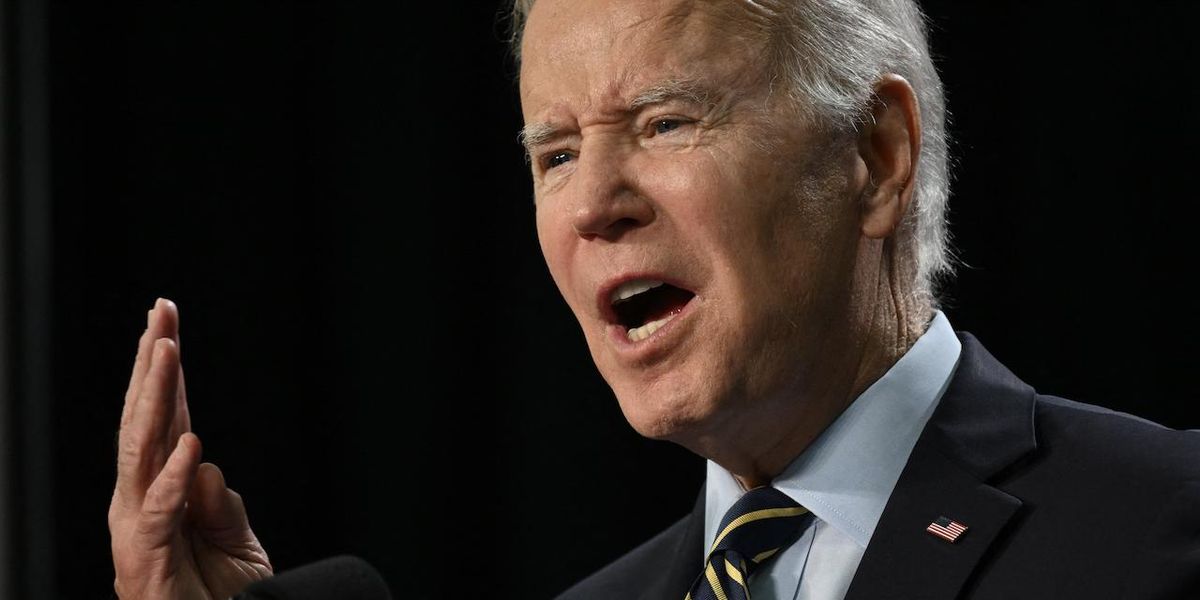 President Joe Biden after he was elected in 2020 pledged “not to divide, but to unify” and claimed he “doesn’t see red states and blue states” but “only sees the United States.”

Yet during a speech Saturday in Joliet, Illinois, as he stumped for fellow Democrats on the midterm ballot this coming Tuesday, the ornery commander-in-chief couldn’t help calling protesters outside the event “idiots.”

The protesters carried signs that read “Socialism Sucks” and “Vote Pro-Life” and “Where’s Nancy,” the latter of which were words allegedly uttered by a man during his attack on Paul Pelosi late last month. Hours after the attack on the husband of Democrat House Speaker Nancy Pelosi, Biden said the attacker’s “where’s Nancy” words were “used on January 6, the attack on the U.S. Capitol.”

u201cOutside a rally for Democrats with @POTUS in Joliet, Illinois:u201d

Biden — who has repeatedly accused Republicans of plotting to put Social Security and Medicare “on the chopping block,” Fox News reported — took direct aim at the protesters: “I love those signs when I came in. ‘Socialism.'” It appeared he was about ready to add “sucks,” but he stopped short.

“Give me a break,” he continued. “What idiots.”

The crowd laughed, applauded, and offered hoots and hollers in response.

“No one ever doubts I mean what I say,” Biden added. “Sometimes unfortunately I say all that I mean.”

One might wonder if his promise two years ago to unify America got deleted from his “I mean what I say” file.

Biden traveled to Illinois as part of a campaign swing through deep-blue parts of the country to shore up Democratic turnout ahead of Tuesday’s election. The president has recently visited California and New Mexico, and will next travel to Pennsylvania this afternoon as polls show Republicans gaining strength in congressional districts Biden won decisively in 2020.

Fox News’ Power Rankings project Republicans to win at least a 19-seat majority in the House and list four Senate races in Arizona, Pennsylvania, Georgia and Nevada as “toss-ups” that will determine control of that chamber.

‘Who in the hell do they think they are?’

During his Joliet speech, Fox News reported that Biden also called out Republican Sens. Rick Scott of Florida and Ron Johnson of Wisconsin, saying they supposedly want to eliminate Medicare and Social Security. The cable outlet noted that fact-checkers have debunked that claim.

“Who in the hell do they think they are?” Biden growled during the speech, Fox News said. “I really mean it, think about it.”