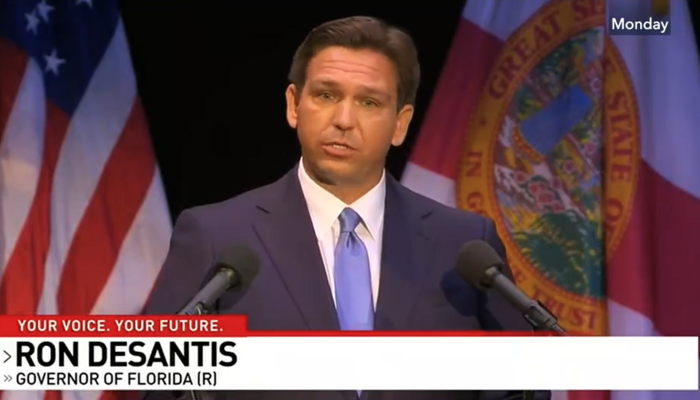 Gov. Ron DeSantis may be cruising to re-election in Florida, but that doesn’t mean the liberal newspapers are letting up. The Washington Post and The New York Times both published hit pieces in the last weekend of the campaign that didn’t come close to leaving a bruise.

As Steve Krakauer argued in his Fourth Watch newsletter, they “seem to show there isn’t a whole lot of oppo research that’s going to be available for a potential DeSantis presidential run.” He included them in his regular feature “How did this get published?”

Florida Gov. Ron DeSantis (R) has been on the offense against the Walt Disney Co. for months, criticizing the entertainment giant for opposing legislation he championed and signing a law to strip the company of its special taxing district.

Before he attacked the company, DeSantis — who is up for reelection next week — was a groom walking down the aisle in a Disney wedding. He and his wife, Jill Casey Black, a former anchor at Jacksonville news station WJXT who goes by Casey, wed at Walt Disney World on Sept. 26, 2009.

As the Post noted, many people get married at Disney locations. Did they think that DeSantis was so immensely compromised by having a Disney wedding that he couldn’t criticize the company for being woke? Was he supposed to be clairvoyant at his wedding to avoid being married at Disney to avoid political problems in 13 years?

Before he attacked the company, Ron DeSantis — who is up for reelection next week — was a groom walking down the aisle in a Disney wedding. https://t.co/WoLHVU9bl1

In the Times, Florida reporter Frances Robles penned a story for the Sunday paper headlined “Pranks, Parties and Politics: A Future Florida Governor’s Year as a Schoolteacher.” This was some pseudo-expose about DeSantis teaching for a year at a private school in Georgia between college and law school, and some students remembered him as “cocky and arrogant.”

The “pranks” was a tale about how he challenged a student to drink as much milk as he could, and then he threw some up.

The “parties” was about how it was inappropriate for a 23-year-old teacher to attend a party with 18-year-old high school graduates where alcohol was served, but sources said it was after the seniors graduated.

The “politics” was noting that even then DeSantis opposed abortion (horrors!) and they attempted to race-smear DeSantis for allegedly teaching the Civil War wasn’t about slavery.

“Mr. Ron, Mr. DeSantis, was mean to me and hostile toward me,” said Ms. [Danielle] Pompey, who graduated in 2003. “Not aggressively, but passively, because I was Black.”

She recalled Mr. DeSantis teaching Civil War history in a way that sounded to her like an attempt to justify slavery.

“Like in history class, he was trying to play devil’s advocate that the South had good reason to fight that war, to kill other people, over owning people — Black people,” she said. “He was trying to say, ‘It’s not OK to own people, but they had property, businesses.’”

Does anyone have that scandalous lesson on tape? Robles reported an anonymous student made a satirical video about DeSantis teaching the Civil War in which a student fell asleep.

Ron DeSantis was a popular history teacher and coach at a private school in Georgia 20 years ago. But some students were taken aback by his classroom comments about the Civil War and abortion, and his presence at parties with students. https://t.co/qUCZULrF7v