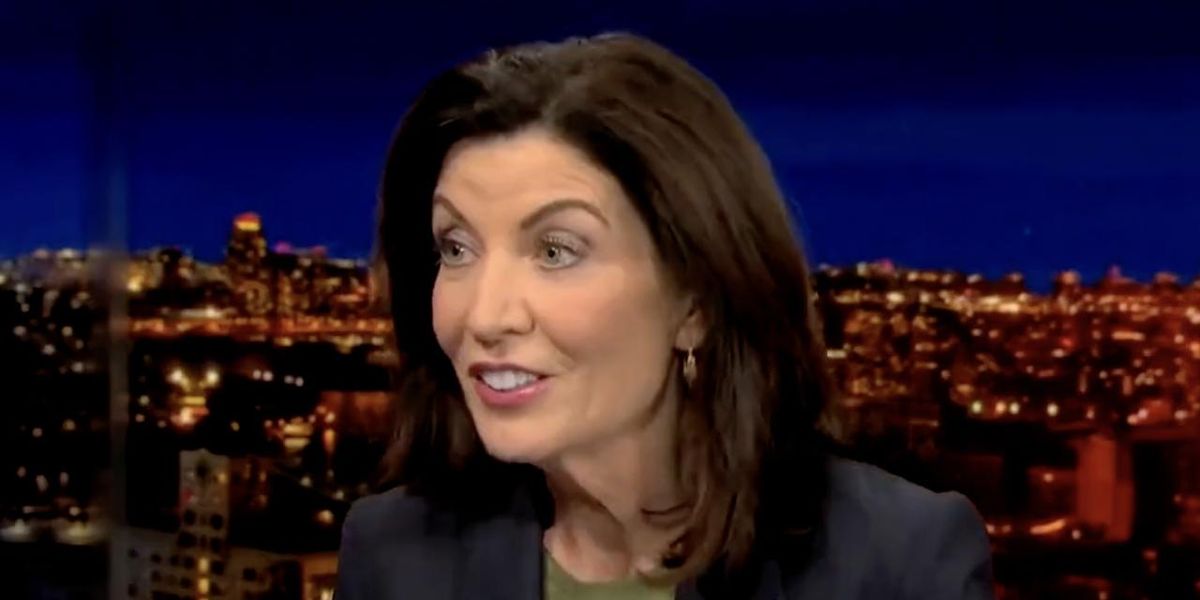 At one point during the Friday night interview on the left-wing sympathizing cable network, Ruhle interrupted Hochul and spelled things out: “Here’s the problem — we don’t feel safe. You might be working closely with Mayor [Eric] Adams, you may have spent a whole lot of money, but I walk into my pharmacy and everything is on lockdown because of shoplifters.”

Ruhle — host of MSNBC’s “The 11th Hour” — added that “I’m not going in the subway. People don’t feel safe in this town. So, you may have done these things, but right now we’re not feeling good. We’re worried we could be San Francisco.”

The paper reported that crime in New York City has spiked since Hochul became governor in 2021, adding that critics blame the surge on repeat offenders walking free over and over due to the state’s infamous 2019 bail reform law.

“We’ll never be San Francisco,” Hochul shot back, adding to Ruhle that the “most heinous” crimes — homicides, and shootings — were down from 2021 and that she was working on stemming the spike in other crimes, the Post said.

But the paper noted that Ruhle didn’t seem to buy it: “It doesn’t matter what’s happening in other cities or other states. The reason people don’t feel safe in New York is why they’re starting to say, ‘Can Kathy Hochul be the right governor,’ right? It doesn’t really matter what’s happening in Pennsylvania or San Francisco; you need to get New Yorkers’ votes. And safety is a top issue for us.”

Can I get a witness?

To wit, the grieving mother of a Buffalo woman killed in front of her children recently said Hochul was “responsible for the crime” and blamed the governor for supporting no-cash bail.

Hochul also recently targeted “master manipulators” in the Republican Party for floating a “conspiracy” that Democrat-led states are “not as safe,” but statistics note that while murders were down by 14% in New York City compared to 2021, all other major crimes were up — including a 33% rise in robberies.

What’s more, during her recent debate against Zeldin — during which he argued that she’s soft on crime — Hochul actually replied, “I don’t know why that’s so important to you.” A recent Quinnipiac poll found crime is the most important issue to New York voters.

Number of Americans regularly carrying handguns doubled in just 4 years
CNN analyst declares that freedom of speech is ‘nonsense,’ claims Elon Musk’s new Twitter empowers Vladimir Putin and is ‘destructive to American national security’
Activists in Iran Fear Deadly Crackdowns As Cities in Kurdish Regions Erupt in Gunfire
VIDEO: Angry Trans Twitter Censor Speaks Out After She Is Fired from Her Job
Homeschool your kids — they may be thankful that you did