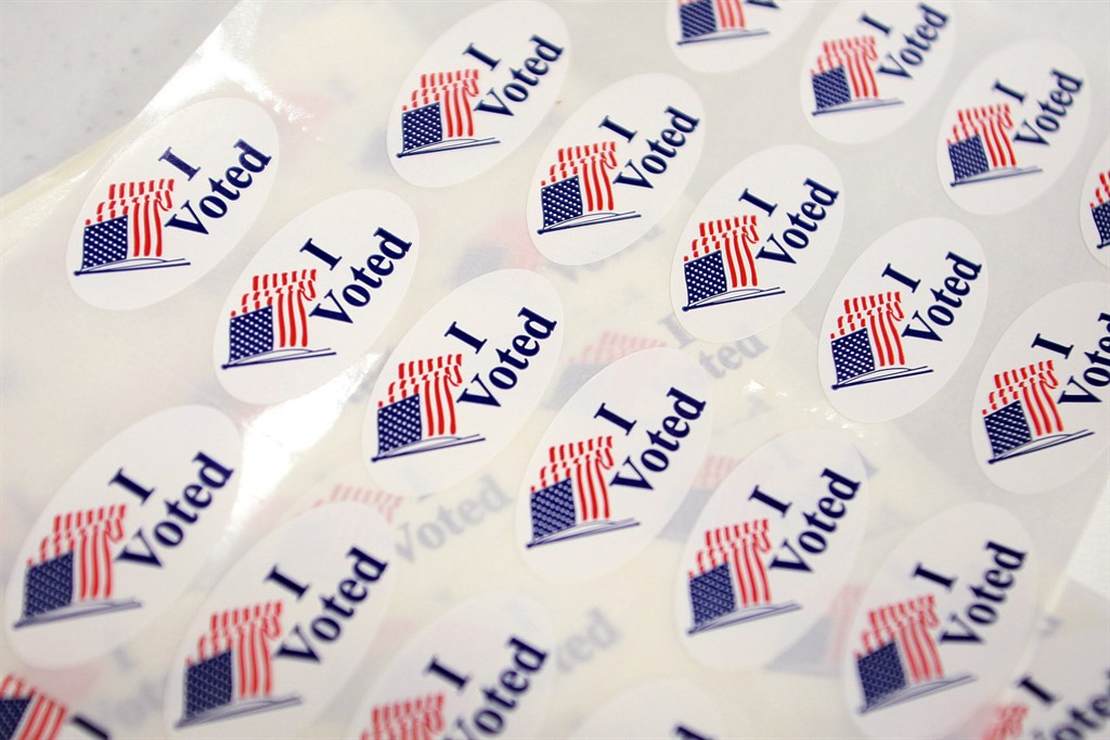 I’ll admit it, I am an election buzzkill. While many other conservatives have been rubbing their hands together in anticipation of a red tsunami/ Democrat shellacking, I have been the guy in the corner saying in my best Eeyore voice, “Oh, I don’t know. We still don’t know what kind of tricks the Democrats are going to use at the polls.”

Hey, don’t judge me. One of the great things about being a pessimist is that you are never disappointed, only pleasantly surprised now and again. I won’t say I’m not hopeful — I certainly am — but I am also extremely skeptical and leery that my former party isn’t planning some sort of backroom maneuver. These are extremely Machiavellian people and there is too much on the table not to pull out all the stops to stay in power. And unfortunately, I have an example for you.

A poll worker in Carmel, Indiana, was removed from a polling location on Thursday for election tampering and election interference. Early voting has been going on across the nation, which in addition to mail-in ballots can include in-person voting in many places. The Chalkboard Review has the story of  James Zheng. Zheng was a poll worker and a Democrat, which is perfectly legal. But people who came to cast their ballots noticed a few things about Zheng. Hamilton County election administrator Beth Sheller said that there were reports of Zheng telling black voters not to vote for the “racist candidates outside.”  He was allegedly referring to a group of pro-parent candidates running for the local school board, who were at the proper distance from the polling place. Two voters let these candidates know that Zheng was doling out election advice inside of the polling place, and the candidates informed the election inspector.

It was also reported that Zheng had brought a voter over to a voting machine to explain how it worked. And by “explain” we mean choosing the straight Democrat ticket for the voter. It was not reported how many times Zheng “explained” the process to people, but there were several complaints to the local election judges and inspector. The sheriff’s office was scheduled to start an investigation on Monday, and Sheller said that she hoped Zheng will be prosecuted.

Today, a Democrat poll worker in Carmel was removed from working an early voting site for attempting to pressure voters not to support one of our GOP-endorsed school board candidates. I have been in communication with local election officials to make sure poll workers are reminded that such activity, called electioneering, is illegal. This should serve as a cautionary reminder that those desperate to hold onto power or gain power will do anything – including breaking the law – to thwart the efforts of parents and taxpayers to replace our school boards with officials who more accurately reflect the values of our community. If you see something suspicious, please report such activity immediately to a poll worker or other election official immediately.

And what did the Democrats do when one of their own was allegedly caught with his hand in the cookie jar? They blamed the Republicans, of course. On Saturday, the Hamilton County Democrat Party issued this:

The Hamilton County Democratic Party today issued the following statement to address last-minute dirty tricks from the Hamilton County Republican Party leading up to Election Day. Sadly, the actions of the county party mirror a national playbook to cast doubt on safe and secure elections in our country.

“The Hamilton County Republican Party is trying to sow last-minute doubt into the integrity of our elections. We believe voters deserve honesty and the truth.

It appears as though school board activists, supporting GOP-endorsed candidates, were too close to voting machines at a vote center in the county. After a poll worker brought it to the attention of election administrators, he was removed from working the site.

This is desperation and retaliation politics at its worst, and it’s coming from the same party that supports Diego Morales, a candidate who willfully committed voter fraud in 2018 but now wants to be Indiana’s next secretary of state.

Hamilton County residents should not be harassed at the polls and they should feel confident in the voting process as they make their voices heard in this critical election.”

Zheng himself responded on Monday with a signed statement on social media:

To Hamilton County Election Board:

I was an early voter poll worker at the Mercy Road Church early voting site on Thursday, November 3, 2022. Mercy Road Church’s voting machines are placed right in front of outside clear glass windows to the north and west. I observed persons just outside the windows with red t-shirts containing the names of Republican-endorsed Carmel school board candidates. I reported this issue to Christine DeKeyser who agreed this was not right and agreed to discuss this issue with the Inspector, Sheila Puckett. The Inspector did not take any action and did not ask these people just outside the clear glass window to move.

At the end of the day, the Inspector indicated there was a problem today: one of the poll workers who was alleged to have told voters not to vote for the Republican-endorsed Carmel school board candidates because they don’t care about diversity and a poll worker cannot tell a voter to vote straight-ticket Democrat. The Inspector did not name me as the person who did that.

I returned home about 7:30 PM. At around 7:40 I received a call from Beth Sheller who told me that the Inspector had made the above allegations against me and that I would not be allowed to work as a poll worker the next two days.

I categorically deny these allegations and would point out that at no time during the early voting on the 3rd did the Inspector call me aside and confront me with these false allegations. I am willing to come forward and testify, under oath, consistent with the above.

Zheng’s story seems plausible, but given what we know about the Democrat party in the past, so do the allegations against him. Add the fact that people have put the candidates beyond the electioneering line, and the story seems even more suspicious. At the very least, Zheng could succeed in giving the Democrats a reason to challenge the election, should the results not be to their liking. And I am sure that if there is a lawsuit, it will be just one of many.

And I have seen this kind of thing before. Go back and read the piece I wrote this past spring about the Utah GOP nominating convention. You can read the full saga here, but the quick synopsis is this: Democrats ran a candidate as a Republican to unseat Mike Lee, and tried to pack the convention to make sure Lee did not get his party’s nomination. It didn’t work, but they gave it their all.

Let’s face it, the Democrats’ reputation precedes them.

I hope I’m wrong about tomorrow. I am pulling for a red wave, not just because I am a conservative, but because Americans of all political leanings, colors, sexes, races, and countries of origin deserve better than what they have now. And if I am wrong, I will happily submit a piece to the editors stating “I was wrong.” Think of it as writing it on the blackboard 500 times. And in a nod to optimism (and a shout-out to the copy/paste feature), I have already drafted it.

Florida man attempted to steal from Walmart during ‘Shop with a Cop’ Christmas event, cops say: ‘Bad idea, Brad’
Wait… Is China Actually Doing the Smart Thing I Just Told Them to Do?
Is the GOP Underestimating Joe Biden?
DNC TV: ABC, NBC Hype Walker’s Scandals, Ignores Warnock’s Anti-Semitic Ties
Man thrown over the side of a bridge after Chargers game in wild incident caught on video says his attacker has still not been arrested by police