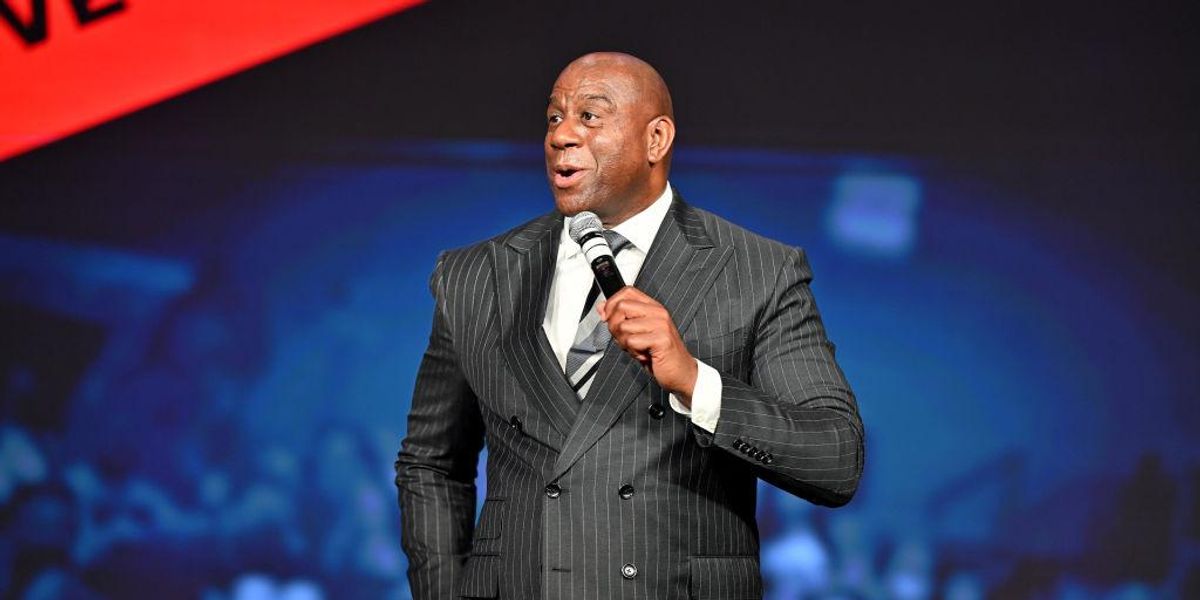 For several days last week, rumors spread throughout the state of Michigan that beloved basketball legend Earvin “Magic” Johnson would appear at a rally for Gov. Gretchen Whitmer (D) on the eve of the midterm election.

The significance of the East Lansing location was likely not lost on most Michiganders. Johnson and his Spartan teammates at Michigan State University famously brought a national championship home to East Lansing in 1979, defeating Larry Bird and the Indiana State Sycamores 75-64. Many say it is still the most-watched NCAA championship game of all time.

Whitmer is likewise an MSU alumna.

Between Whitmer’s tight race against Republican challenger Tudor Dixon and Johnson’s magical star power, the event was expected to be a strong, Michigan-focused finale for Whitmer and her campaign.

Only it didn’t happen — at least, as they say, not the way the coach had drawn it up. Johnson never actually appeared at the event and instead issued his endorsement of Whitmer on Twitter amid a series of tweets on several different topics, including the MSU football victory over Illinois two days before and the suspension of eight MSU football players after a melee with rival Michigan nearly a week and a half ago.

When fellow Michigan reporter Andrew Roth inquired about Johnson’s absence from the rally, despite public flyers advertising his appearance, Roth said a “campaign spokesperson pointed out @MagicJohnson’s tweeted endorsement of Gov. @gretchenwhitmer from earlier today.” That campaign spokesperson is believed to be Joe Costello.

On Monday afternoon, Johnson had, indeed, tweeted: “I hope that Governor Gretchen Whitmer gets another four years as Governor of Michigan!”

He made no mention of the rally.

On Tuesday afternoon, he also tweeted again to remind everyone to vote and endorsed Karen Bass for the Los Angeles mayoral race, but made no further reference to Whitmer.

“I love this campus,” Whitmer told the crowd near MSU. “The best years of my life were on this campus. We wanted to close out with energy, young people and a great band.”

According to the latest RealClearPolitics polling average, Whitmer holds a one-point lead over Dixon.