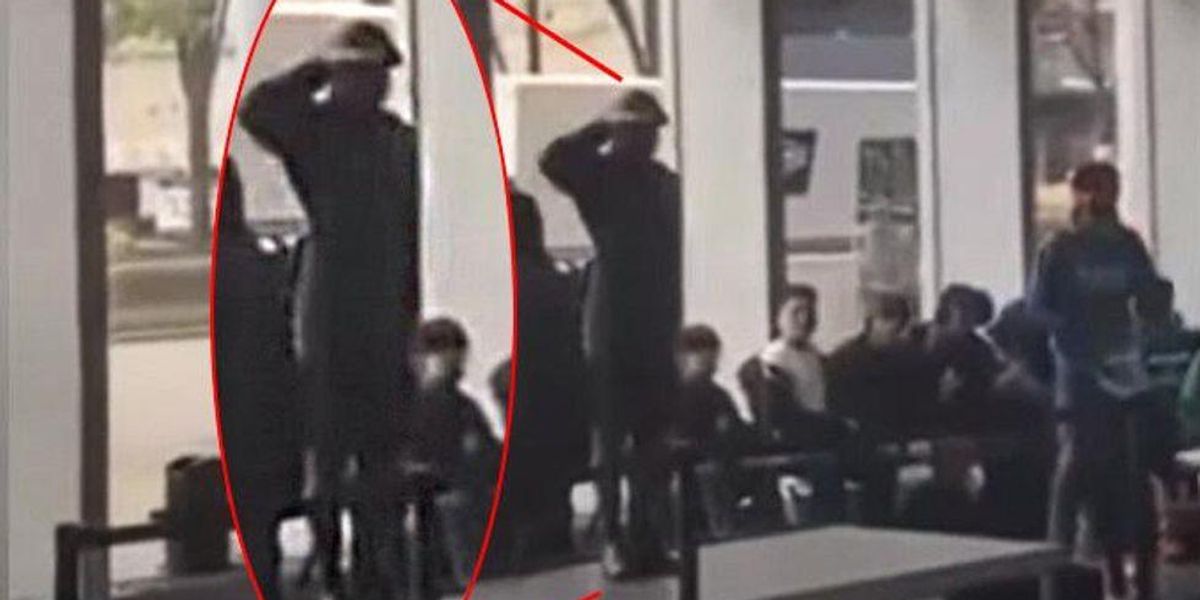 A principal at an elite Chicago prep school has been suspended after one student wore a Halloween costume which appeared to be anti-Semitic.

On October 31, students at Jones College Prep High School located in the South Loop of Chicago were invited to wear costumes in celebration of the Halloween holiday. However, one student wore a German military uniform, goose-stepped in front of his peers, and seemingly made other gestures associated with Nazism, prompting outrage from students, staff, and parents alike. Joseph Powers, the principal of the school, has since been suspended from his duties, pending an investigation into the incident.

A video of the student’s costume and antics has since gone viral and can be seen in the following news clip from WGN-TV:

At first, Powers attempted to downplay the situation and sent a letter home to temper the visceral reaction to it.

“Many of our students and staff came to school on Monday, October 31, dressed in Halloween costumes,” Powers wrote to parents last Wednesday. “We held a costume contest in the afternoon during Ac Lab, which was fun and well-received.”

Powers also insisted in the letter that the student was dressed in a post-WWII, East German uniform, not a Nazi uniform, but admitted that “the student who wore the uniform may have told people it was from the 1940s.”

That letter plus a follow-up email sent on Thursday did little to assuage the backlash. By Friday, Chicago Public Schools administrators had suspended Powers.

“As many of you may have heard, seen, or read, there was an incident earlier this week where a member of one of our school communities wore a German military uniform to school as a Halloween costume — an act that was widely recognized by many students, staff and members of our broader CPS community as anti-Semitic,” said a statement from schools chief Pedro Martinez.

“In response, CPS has launched a full investigation into the incident in accordance with our district’s protocols for processing bias-based harm,” the statement continued.

Despite the suspension, the school community remains angry. Students have planned a walkout on Monday to protest Powers’ supposed inaction in the case, and one student, who identifies as Jewish and “queer,” supposedly stayed home from school on account of it.

Some parents and teachers also remain frustrated about an investigation into Powers’ leadership earlier this year. The Chicago Tribune reported that in April, the Local School Council at the high school voted 8-2 to move toward dismissing Powers, alleging that he had mishandled sexual harassment complaints, school finances, and the “systemic” discrimination issues at Jones. Martinez ultimately declined to fire him, citing “insufficient evidence of misconduct.”

Cassie Creswell, a parent and the former chair of the Local School Council, hinted that “right-wing extremism” has been on the rise in the area lately.

“I’m very concerned. I have been tracking the rise in right-wing extremism in the suburbs for a while now, and this is a real thing, and its connection to actual physical violence is a real thing, and to have the response from the school be what it was, it’s very disturbing,” Creswell said.

The Chicago Teachers Union likewise weighed in on Powers, claiming that he has “routinely ignored” incidents of racism, sexism, and transphobia at the school

“There should never, ever, be a context in which children feel uncomfortable or unsafe inside of a school building,” a CTU statement read. “Jones is more than 50% students of color, and its current climate of rampant bigotry and racial intolerance is absolutely unacceptable. All schools need leadership that provides a safe and inclusive environment for each and every student and adult who walks through its doors.”