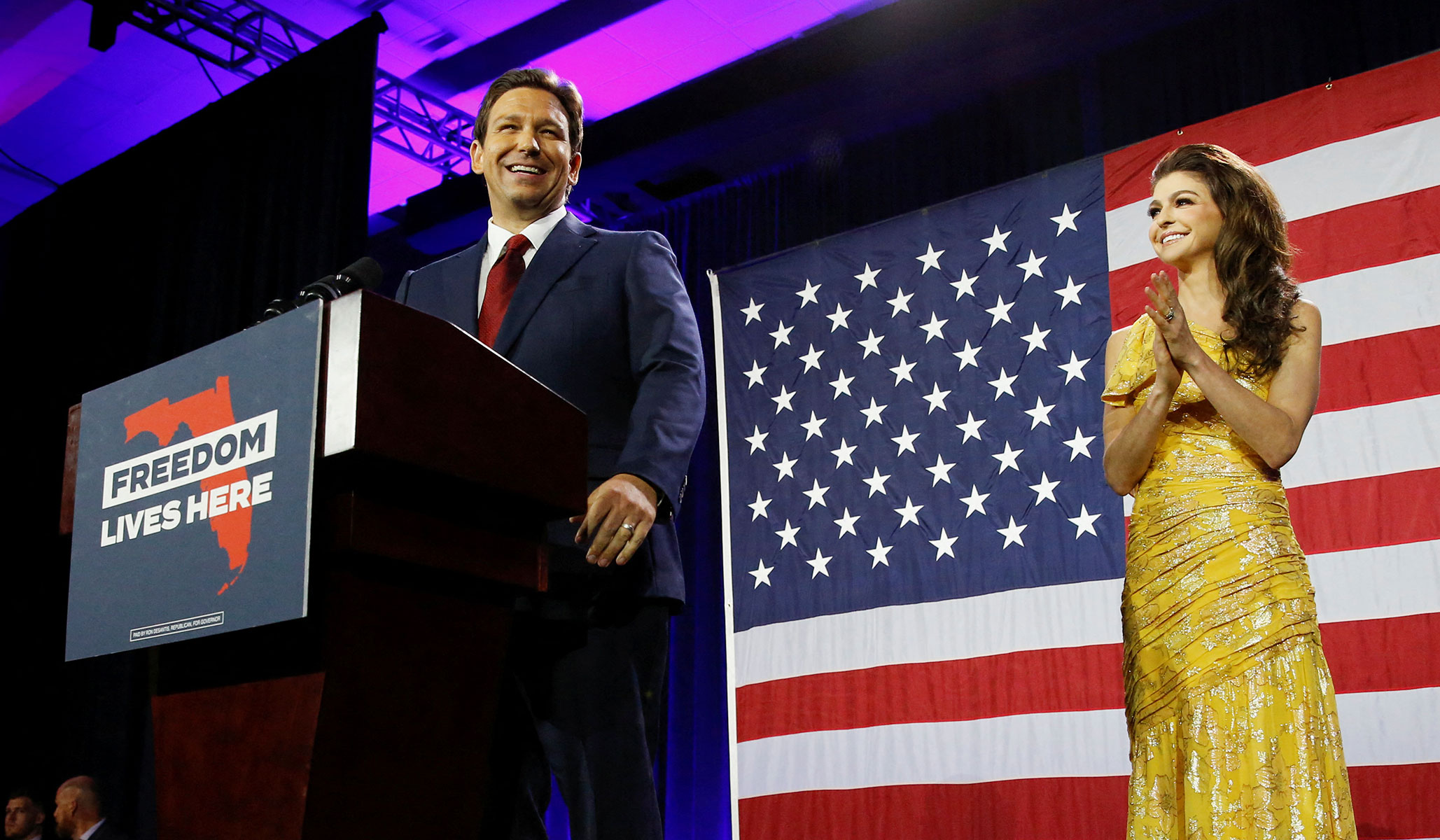 POLITICS & POLICY
The blow-out victories by DeSantis, Rubio, and other Republicans confirm that the Sunshine State’s fading purple hue has all but disappeared.

lorida’s transformation into a red state happened like Hemingway’s infamous bankruptcy: gradually, and then all at once.

For 30 years, Florida has been tough for the Democrats: The Sunshine State has not elected a Democratic governor since 1998; it has not elected a Democratic legislature since 1994; the last year in which a Senate or presidential candidate won here was 2012; and, in 2018, the only Democrat elected statewide was that lunatic, Nikki Fried. But, while Republicans have tended to win here, they’ve tended to win in nail-biters. Despite Republican waves in the rest of the country, the GOP prevailed in …

Why globalists desperately need control of Arizona before they unleash the next staged pandemic
On Second Thought, Chris Licht Wants CNN To Stay Librul!
This Thanksgiving, I will give thanks for all the miraculous blessings of the free market
‘I am thankful for the freedom of self’: Women express gratitude for their abortions in piece posted on Thanksgiving
There’s Even More Drama Concerning the Elections in Arizona Than You Thought