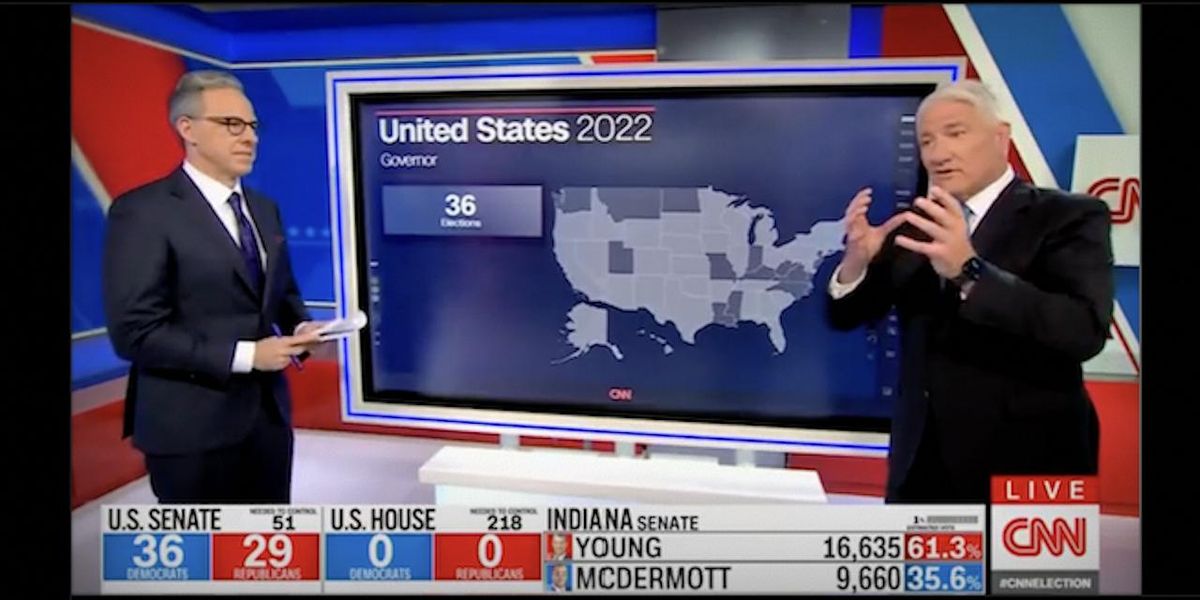 What did King say?

“Stay off social media, people,” King said as anchor Jake Tapper elicited a chuckle. King added: “If you’re trying to figure out, ‘Are there really issues with voting?’ trust your local officials, trust us here, trust a news source that you know and trust to be honest about this. They’re doing their job, and they’re doing it right.”

u201cCNN’s John King: “Stay off social media, people. If you’re trying to figure out are there really issues with voting, trust your local officials and trust us here.”u201d

The background you’re all likely well aware of

After former President Donald Trump famously called out CNN as “fake news” way back when, more than a few things have taken place at the cable network that prompted speculation that Trump’s accusation might have had some truth to it.

In August, before his program “Reliable Sources” was tossed in the trash, CNN’s then-chief media correspondent Brian Stelter admitted that the Hunter Biden laptop story was real after previously downplaying it as right-wing exaggeration. Critics have often labeled Stelter a “hall monitor” for the media, and attacks against him — particularly for biased reporting — seemed to grow louder and more frequent over time.

CNN as a whole has been repeatedly accused of left-wing bias and specifically called out for pushing misinformation that’s resulted in loss of trust. That may be why pundits brutally mocked CNN in January over the cable network’s announcement that it would be creating a news team “dedicated to covering misinformation.”

And beyond all of that, CNN has suffered numerous recent scandals, including the exits of disgraced legal analyst Jeffrey Toobin, former CNN head Jeff Zucker, and anchor Chris Cuomo — not to mention the embarrassingly fast demise of CNN+ earlier this year.

This Thanksgiving, I will give thanks for all the miraculous blessings of the free market
California city will send all adult residents, including non-US citizens, $100 in taxpayer funds to donate to political candidates
NEW: Elon Musk Confirms Twitter Helped Libs Win Elections
BUYING THE PRESS: FTX showered left-wing media outlets like Vox, the Intercept and ProPublica with stolen investment cash
12 Senate Republicans join Democrats in passing pro-gay marriage bill