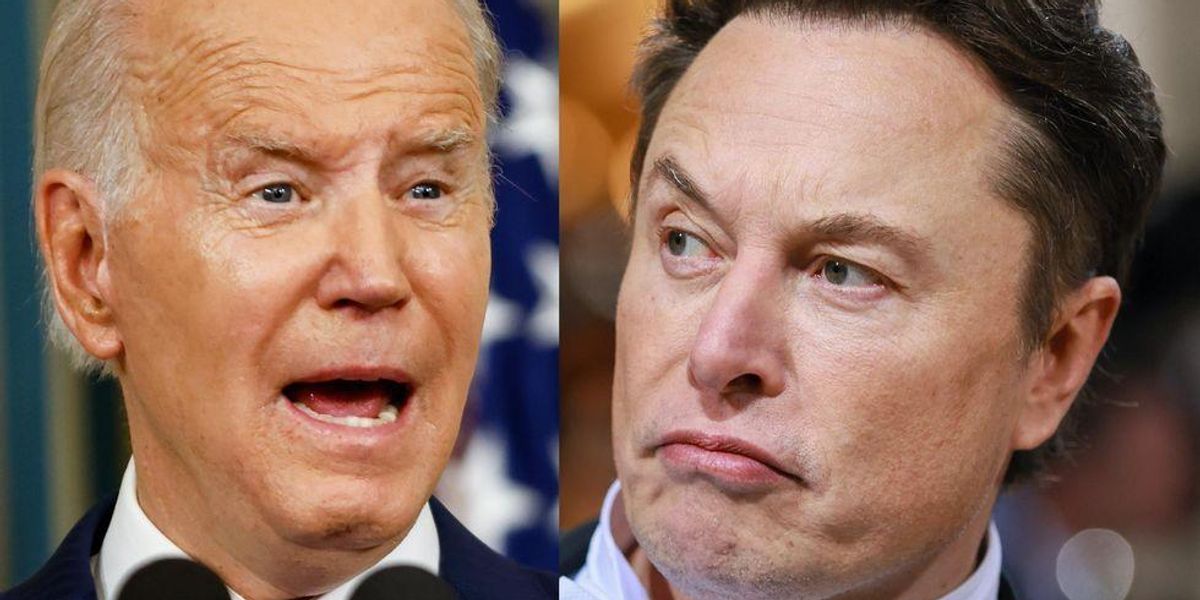 President Joe Biden said that it was worth looking into Elon Musk’s associations with foreign governments after being prompted by a reporter Wednesday.

Biden was asked to comment on the possibility of Musk’s associations being a national threat to U.S. security after he gave remarks about the results of the midterm elections.

“Do you think Elon Musk is a threat to U.S. national security and should the U.S., with the tools you have, investigate his joint acquisition of Twitter with foreign governments, which include the Saudis?” asked the reporter.

Biden laughed and paused before answering.

“I think that Elon Musk’s cooperation and/or technical relationships with other countries is worthy of being looked at,” he responded.

“Whether or not he is doing anything inappropriate — I’m not suggesting that. I’m suggesting it’s worth being looked at and uh, um, that’s all I’ll say,” he added.

Saudi Prince Al Waleed bin Talal owns the second largest share of the social network after he held on to the tens of millions of shares he owned in Twitter before Musk’s purchase. The kingdom of Qatar is also a shareholder in the deal to purchase Twitter, according to CNBC.

“Setting aside the vast stores of data that Twitter has collected on American citizens, any potential that Twitter’s foreign ownership will result in increased censorship, misinformation, or political violence is a grave national security concern,” wrote Murphy in a letter to the Committee on Foreign Investment in the United States.

“Saudi Arabia is one of the most repressive countries in the world, with little to no tolerance for free expression,” he added.

In his remarks, Biden said that the American people had made it clear through their votes that they wanted Republicans to work collaboratively with the president. When he was asked about polling that showed a majority of Americans didn’t want him to run again for president, he brushed off the voice of the people.

Here’s the video of the interaction: