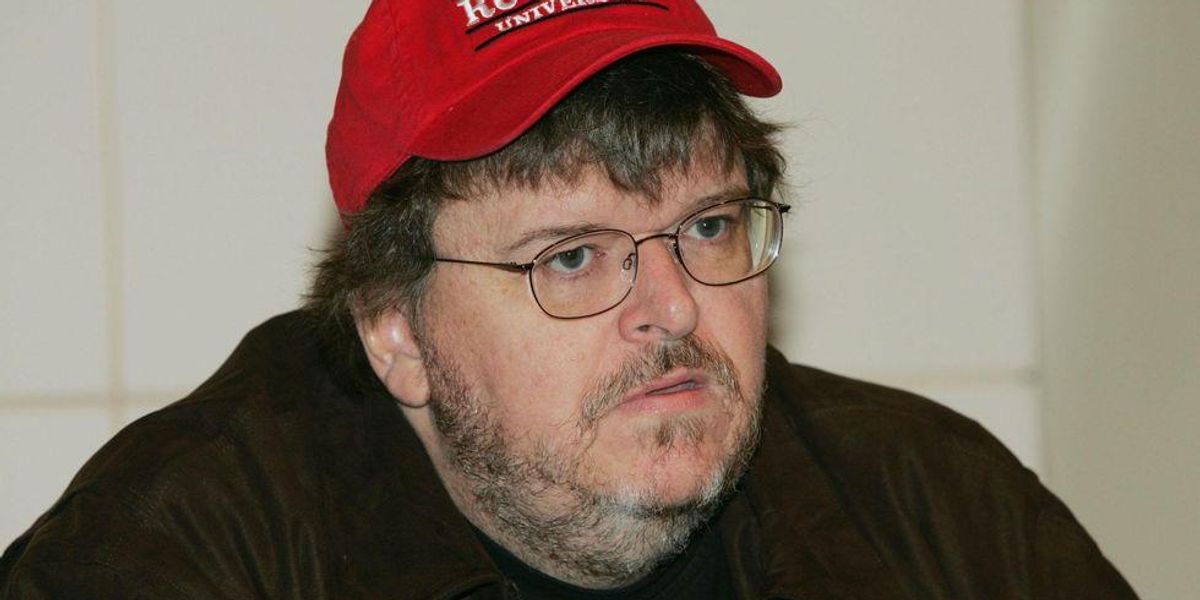 Filmmaker activist Michael Moore thanked the voters for caring more about abortion than crime or the price of milk so that they could stop a “fascist takeover” of expected Republican victories.

Moore wrote on his Substack account about the midterm elections that were a disappointment to Republicans expecting to pick up dozens of seats in the House of Representatives and maybe even a majority in the Senate.

We were lied to for months by the pundits and pollsters and the media. Voters had not “moved on” from the Supreme Court’s decision to debase and humiliate women by taking federal control over their reproductive organs. Crime was not at the forefront of the voters “simple” minds. Neither was the price of milk. It was their Democracy that they came to fight for yesterday. And because of that drive, we live to fight, and hope, for another day …

Moore mocked Republicans for their response to the early returns that showed they were likely to have an uphill battle to take control of even one house of Congress.

The looks on the faces of Fox News are glum. This was not what they — or we — have been told for months would happen. Back in the spring, Republican leadership predicted that the Trump Party would pick up nearly 60 seats in the House. It looks like they’ll be lucky to get 10. Commentators on Fox called it a “disaster.” One scenario suggests they could end up with just a one vote majority.

The activist was also thrilled that marijuana was legalized in two states, while abortion rights protections laws were passed in another five states.

In September, Moore predicted that there would be a “landslide” against Republicans and called them “traitors” over some voting against the certification of the victory of President Joe Biden.

Which party will ultimately have control over Congress will depend on pending ballot counts in several states, including New York and California.

One bright spot for Republicans was Florida, where Republicans Gov. Ron DeSantis and Sen. Marco Rubio won their reelection campaigns in landslides. Even progressive outlets had to reluctantly admit that DeSantis had transformed the former swing state into a firm red state.

Here’s the latest on the midterm elections:

Elon Musk says he would back Ron DeSantis for president in 2024
Died Suddenly film review: It’s a powerful showcase of vaccine dangers, but why is Dr. Jane Ruby missing from the film when she BROKE the story about fibrous clots in the first place?
Video: Coast Guard rescue of cruise passenger who fell overboard for up to 15 hours hailed as a ‘Thanksgiving miracle’
Lib Activists LOSE IT Over Musk’s ‘Amnesty’ Plan
“I Know Everything You’re Hearing Is Going to Be Dropped in Bin #3 – There Will Come a Day When You Sit Before a Higher Judge” – Maricopa County Election Worker Testifies Scanners were Not Working ALL DAY – Computers Went Down (VIDEO)