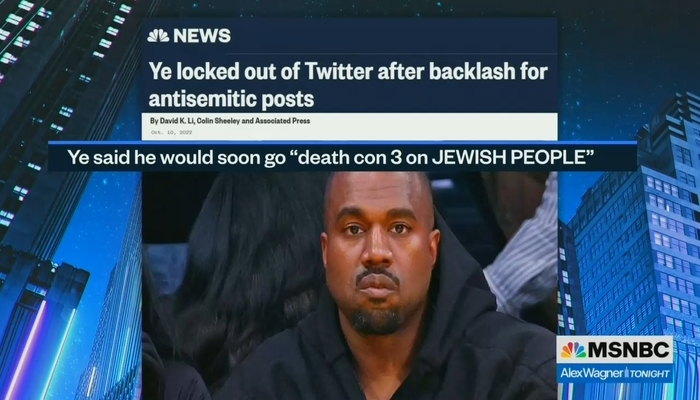 One peculiar omission: The December 2019 murder of six people in Jersey City, including four at a kosher supermarket, a murder perhaps skipped because it could not be blamed on Trump or Republicans, had been inspired by the conspiratorial, anti-Semitic, side-walk shouting rhetoric of the Black Hebrew Israelites group.

Paulson and Graham led with a disturbing anecdote in Brooklyn about a rabbi verbally assaulted at a gas station for being Jewish. He blamed tensions raised by the former Kanye West (now known as Ye).

For Jews in America, things are tense indeed. Next week’s midterm elections feel to some like a referendum on democracy’s direction. There is a war in Europe. The economy seems to be teetering. It is a perilous time, and perilous times have never been great for Jews.

Steve Rosenberg, a former executive at the Jewish Federation of Greater Philadelphia, said he was put “over the edge” by an incident last weekend in which a prominent basketball player, Nets guard Kyrie Irving, defended his support of an antisemitic documentary (and garnered praise from Ye in the process)…..

Yet somehow the rancid pronouncements of a rapper and an NBA star are blamed on Trump and Republicans.

The years since the election of Mr. Trump — a champion of Israel’s right wing and the father of a convert to Judaism, but also the beneficiary of societal anger that has often had ugly undertones — have seen a rise in attacks against the Jewish community, which some leaders associate with Mr. Trump’s reluctance to distance himself from groups that traffic in antisemitism.

The writers really stretched to make wacky right-wing political theories specifically anti-Jewish, and cited a poll by a group dedicated to attacking Christian conservatives as bigots.

In a moment in which conspiracy theories about election fraud have established themselves in the mainstream Republican Party, rhetoric about Jewish power takes on an alarming new cast. A poll by the Public Religion Research Institute in 2021 found that almost a quarter of Republicans agreed that “the government, media and financial worlds in the U.S. are controlled by a group of Satan-worshipping pedophiles who run a global child-sex trafficking operation.”

Yet Trayon White Sr., who remains a Washington, D.C. councilman, posted a video during a 2018 snowstorm directly asserting that Jewish financiers control the weather. That controversy merited only a stray mention in a nytimes.com opinion piece.

They strung together more anecdotes.

A thread of antisemitism connects many of the nation’s recent spasms of political violence: the “Jews will not replace us” chants during a white nationalist rally in Charlottesville, Va., in 2017; the “Camp Auschwitz” sweatshirt worn to last year’s attack on the U.S. Capitol; the Holocaust denial in blog posts that appear to have been written by the man accused of breaking into the residence of the House Speaker Nancy Pelosi last week….

Meanwhile, this kind of slander from Democrats was met with nodding approval.

Last week, the Jewish Democratic Council of America released a digital ad juxtaposing images including rallies in Nazi Germany, the Jan. 6 invasion of the Capitol, antisemitic graffiti and the recent “Kanye is right” banner above the freeway in Los Angeles.

Besides mentioning a recent threat posed to a New Jersey synagogue, the Times even mentioned a 2019 attack on a synagogue in California, but again skipped the 2019 Black Israelite-inspired assault in Jersey City. Why?

NYC Democrat DA under fire for downgrading 52% of felony cases to misdemeanors
Tucker Carlson asked BlazeTV’s Jason Whitlock to break down why Apple is threatening to remove Twitter from its app store
Tyrant Zelensky to Ban Ukrainian Church After He Bans Media Outlets and Opposition Party (VIDEO)
Globalist “utopia” is driving mankind to self-extinction, just like what was seen in Calhoun’s mouse experiments
Former transgender Navy SEAL announces de-transition, says he was ‘propagandized’ and pulled into a ‘cult’: ‘Everyone is converting all these kids into transgender’