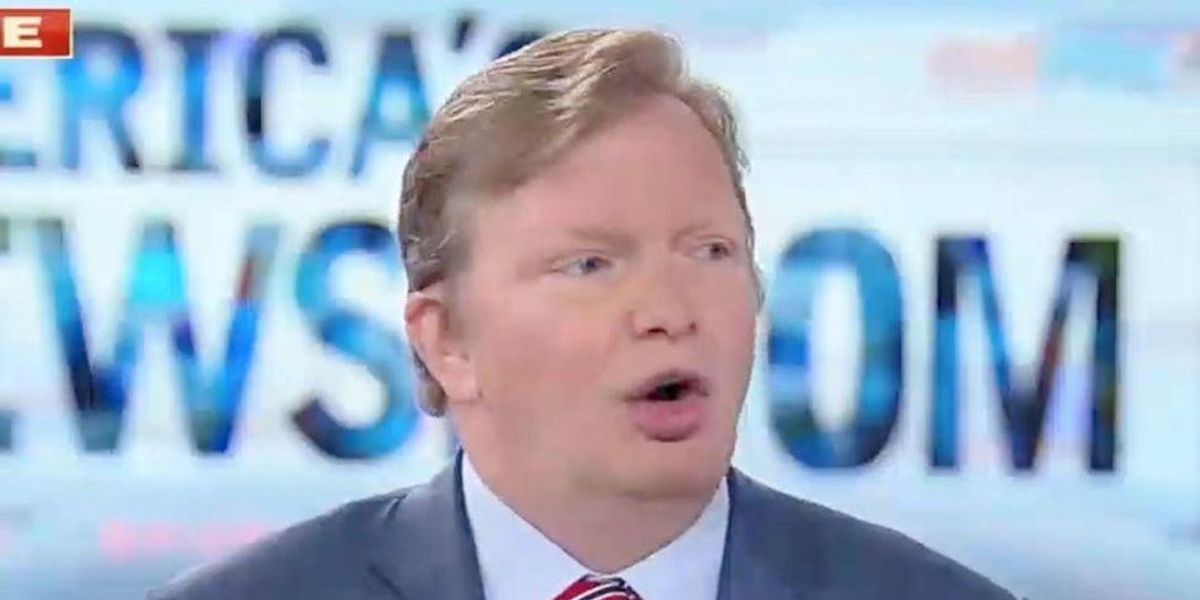 A reporter for a progressive watchdog group lashed out at the former Obama campaign manager after he said that “women just went crazy” during the midterm election.

Jim Messina was describing how women came out in droves to support some Democratic candidates and helped combat the “red wave” that did not sweep the nation. He made the comments on “America’s Newsroom” on Fox News Wednesday.

“And it was because these woman just went crazy,” he added.

Katherine Abughazaleh of Media Matters for America immediately criticized Messina for describing women as “going crazy,” which some feminists identify as a misogynistic insult.

“I really don’t care how @Messina2012 meant for this to sound. Men need to think about how they speak about women,” Abughazaleh said in a second tweet.

“Historic activism and voter turnout is not ‘crazy’ — WE DON’T WANT TO DIE,” she added.

Others agreed with Abughazaleh and lept into the online conversation to further assail and excoriate Messina.

“The arrogance and stupidity is just so pathetic,” read one response.

“Exactly. It doesn’t make us crazy. It makes us fight for what we believe in and telling men to stfu and think before you speak, please,” replied another detractor.

“Every day misogyny like it’s nothing,” responded another critic.

“You’re totally right. I apologize for being inarticulate during the tv interview,” he tweeted.

u201c@abughazalehkat Youu2019re totally right. I apologize for being inarticulate during the tv interview. What I was trying to convey is that the energy of women voters and their political power is what saved the night for Democrats across the country.u201d

“What I was trying to convey is that the energy of women voters and their political power is what saved the night for Democrats across the country,” Messina added.

Abughazaleh thanked him for the response.

Messina was involved in another altercation, during which he was called an “absolute jerk” after he accused a conservative pundit of parroting Republican talking points on CNN. The war of words was quelled by host Alisyn Camerota.

‘Don’t make me kill you — because I will’: Military vet holds armed police chase suspect at gunpoint until cops arrive
Chinese communist official blames US fentanyl and coronavirus deaths on ‘freedom’ and gets scorched by backlash
Democratic congressman-elect says people who ‘disagree with scientists about science’ are simply ‘incorrect’
Is the GOP Underestimating Joe Biden?
New Survey Finds Political Polarization Is Eroding Public’s Trust In The Military